21 Days of Healing – An Introduction 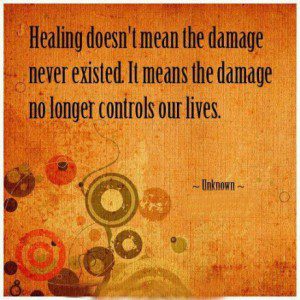 December 20, 2013. That’s the day that my husband received an email from one of the pastor’s of our former church telling us that we were to leave. All because my husband had said that they needed to apologize to me. Until the moment when he insisted there needed to be an apology, it appeared that there was hope. For communication. For a meeting. The anticipation of a God-honoring conclusion to years of spiritual abuse.

After more than a decade of long-suffering, grace-upon-grace, submission to authority, ostracism, excruciating pain, being ignored and avoided, I discovered that what I had always feared was true. I wasn’t worth it. I wasn’t worth an apology. A conversation. Grace. Trying. And I hadn’t been for a very long time.

Without having been given reasons for the years of spiritual abuse that I had experienced, the message that I had received was that I was unwanted, unworthy, unloved, unforgivable, unfaithful, unqualified, unacceptable. And while on-lookers would have assumed that my plight had improved over the previous couple of years, the truth that remained hidden was that the most damaging aspect of my experience was the not knowing. The not being told what I had done to deserve the debilitating treatment I had received.

This lack of explanation carried with it a black cloud of fear. Fear that I would say or do or be whatever it was that had brought on the scourging and it would all begin again. The other shoe would drop and I would find myself once again living under a nameless and faceless condemnation that would continue to eat away at my fragile spirit.

So, when the day came that all of my fears were realized, it felt as though my world had come crashing down around me, leaving a gash in my heart that spewed and splattered a bloody mess on everything around me.

I read recently that the higher the price we pay for the things in our lives, the more we value them – to the point that we will tell ourselves that things are better than they seem in order to resolve the cognitive dissonance that we are experiencing. I had paid a very steep price at my church. I had endured immense pain and deep wounding that increased with the passing of years. Yet, I had invested so much of myself by enduring that agony that I had become intensely confused about who I was. I wanted so badly to believe that God was in control, that the people who were behind the abuse were truly loving and compassionate and simply sorely misguided, that I persevered until I no longer knew or even remembered the person I used to be.

Yet, once I was ordered away I could see that there would be no God-honoring conclusion because these were toxic leaders who were enmeshed in protecting their kingdom. I came to accept that God was not going to step in and work everything together for good – because the people who needed to step up and apologize were never going to humble themselves before God or man and acknowledge their abusive behavior. Then I was able to move forward into healing.

In only about twenty-one days, my self-loathing, my beliefs about God and my relationship with Him, my brokenness, my lack of dignity, my hurt had all moved far behind me. I was a new creation once again. With confidence. With assurance. With hope. With joy. With eager anticipation for what God has in store for me.

Between now and Thanksgiving, I want to share with you the things that helped me to regain the person I was – that helped me to finally find myself and live in the freedom that God had intended before it was robbed from me by the leadership of the church.

I hope that, by sharing some of my journey, you who are also wounded will find freedom and joy, peace and confidence.

Nonreligious
Which is the Worst Threat? Blacks in the...
No Longer Quivering
TRENDING AT PATHEOS Nonreligious