Day 6 of 21 Days of Healing: The Truth and Nothing But the Truth 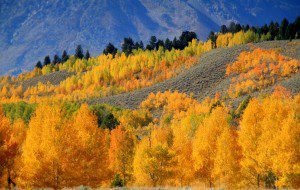 y Ellen cross posted from her blog When Church Hurts

“Lo, I am with you always.” (Keep reminding yourself the truth of what God says. It is so critical to change your thinking about who you are in Christ.)

You know how jigsaw puzzles have a beautiful picture on the top of the box and the pieces inside are supposed to all fit together to recreate that picture? That’s what I expected church to be like. I expected that the things that I read in my bible, heard from the pulpit and in classes and seminars at my church would be played out in the way that we all lived life together. But, as pretty as the picture on the outside was, I could never get the puzzle pieces on the inside to quite fit together to make that beautiful picture. Sometimes the pieces weren’t quite the right shape. Sometimes they weren’t quite the right color. Sometimes pieces were missing. This is cognitive dissonance – when what you are being told and what is actually happening don’t agree.

For me, when the things that I read in my bible, the things that were being taught by the pastor and other staff and leaders didn’t agree with what I was experiencing, I made excuses for people. I told myself the pastor was just too busy and that he had a lot more important issues to deal with than for him to help me or respond to my requests for help. I told myself that if he just knew me better, if any of the leadership would just get to know me, if I could just demonstrate that I was a better person than they thought or had been led to believe, then they would see that I was worthy of help, of being involved, and of being acceptable enough to participate in church ministries. I convinced myself that there were lots of plausible reasons why I was being treated badly and if I could just have enough opportunity to demonstrate my worth, things would get better and all of the pieces would then “fit.”

I made all kinds of excuses for the people who treated me poorly and devised all kinds of reasons to convince myself that what was happening to me was “okay” and that I could live with it. I compromised my values (see Day 5) in order to justify the disregard and disrespect and diminishment with which I was treated.

So, I decided I needed to tell the truth and nothing but the truth to myself. And the truth was:

1) I was told that I could not attend, serve, or participate.
2) I was never told the reason for being ostracized despite repeated requests.
3) I was told that the reason could not be revealed or there could be “legal ramifications.”
4) I was treated harshly by the personnel committee.
5) My requests for help from the senior pastor were ignored and avoided.
6) My requests for meetings were ignored or cancelled.
7) The people who delivered the messages that I was unworthy had no relationship with me.
8) Denominational and church protocol for handling church discipline were not followed (I was never told I was under church discipline, but I was treated that way.)
9) I was told that I could not share what had happened or how I was being treated with anyone – not even my husband.

When I made this list I did not allow myself to make any excuses for what had happened. I simply wrote the facts. It was in seeing the actual behaviors of the leadership that I was then able to process the reality of the situation. I was able to see that I had been treated in ways that were in direct opposition to what was being taught and what the bible has to say.

And I realized that it wasn’t the puzzle pieces in the box that were wrong. It was the picture on the box top. The picture on the cover was supposed to be a beautiful scene of grace, unconditional love, forgiveness, honesty, reconciliation and restoration. Instead, the picture was of judgment, persecution, disrespect, ostracism, lies, and secrecy.

To be ostracized and not allowed to serve or participate in a church where service and participation are highly valued indicated that I was of little to no value to the leadersihp.

To be denied a Matthew 18 process in which I would be given reasons and evidence regarding the reason for my ostracism indicated that the leadership not only did not value me, but they did not value the tenets of the faith that they proclaimed to believe.

To be denied a Matthew 18 process because there could be “legal ramifications” was an attempt to scare me and, at the same time, it was an admission that the reason they were abusing me was a product of their own illegal conduct.

To be treated with disdain by a committee of high-level church leaders indicated that they were more concerned with protecting those who were at fault and diverting blame to me for asking that they help (pointing out a problem).

To be ignored and avoided by the senior pastor – the person I most looked to for help – indicated that he had no respect, care, or compassion for me. He was only concerned with surrounding himself with “yes” people who were highly regarded in the community so that he could build his kingdom.

To not have denominational and church protocol followed indicates that they knew that what they were doing was wrong and would not hold up under their own or the denomination’s scrutiny. Therefore, they had to make sure to convey to me that I was not to ever tell anyone what they were doing to me. And because of the demand for secrecy, the underlying message was that I had done something to be ashamed of.

An enormous weight was lifted off of my shoulders that day. The weight of wondering what else I could do to prove my worth, to convince the church leadership and pastor that I was acceptable, and to receive the grace and unconditional love that had been denied me, were no longer my responsibility. I could see clearly and without all of the reasons and excuses I had always hoped for, I could come to terms with the reality of the truth and nothing but the truth.

Make a list today of what happened to you. Keep it simple and factual. Don’t dress it up with details or justifications.

Then make a list of what those facts indicate. Do not allow excuses to wiggle their way in.

What do the facts have to say?

November 25, 2014
Quoting Quiverfull: Never Miss a Chance to Mention the Fires of Hell to Children?
Next Post

November 26, 2014 Quoting Quiverfull: Goal of Gay Activists is Sex With Anything?
Recent Comments
0 | Leave a Comment
"Remember, these (and surgical masks) might prevent others from your exhaled viral load, but does ..."
DoctorDJ Open Thread Covid 19 – Harketh! ..."
""By 'repentance' I mean..."send me 10% of your dough."
DoctorDJ Open Thread Covid 19 – Harketh! ..."
"I live just south of Fort Lauderdale. My husband runs the top lab for the ..."
C Kunsman Open Thread Covid 19 – Ohio’s ..."
""....her strangely inappropriate behaviors and hygiene."EwwwwLoriwwwwwwwww.""
DoctorDJ Complimentarian Marriage, Abuse, Infidelity, and Unhappiness
Browse Our Archives
Follow Us!