Part 2 – Navigating the Justice System: When My Parents Went to Court 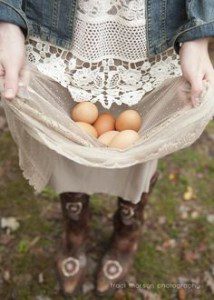 When I was about 11, we were living in Ontario, where we had moved to get away from the court proceedings in Nova Scotia. However, my parents had been ordered to appear back in court in Nova Scotia. We had been going a conservative church in Ontario, for about a few months to a year. My parents talked to some of their friends in the church, and the decision was made to “farm out” the kids to various families while my parents were away, for about 10 days. I was pretty excited about this, because I was always helping to look after my siblings, and I thought it could be a fun break for me. My parents sent my two close-in-age brothers to stay with a family on a farm, which they didn’t mind too much. They sent my next younger sister to stay with a family with a number of young children, with a daughter that was close to her age. They didn’t consider that that daughter bullied my sister.

They sent me to an older couple with grown up children, along with the youngest two sisters. They took my youngest brother at the time with them. The two younger girls were very young, so they were not potty-trained and showed some signs of what I now know to be disrupted emotional development. (I would like to note here that these girls have grown up into wonderful young ladies). So the couple agreed to take them for the ten days only if I went there too, so I could change their diapers, and look after them. I suppose this wasn’t that much different from home life, but the lack of supervision at home meant I could make some of my own decisions and revel in some 11 year old laziness. While I was there, I had to do quite a bit of work. I washed their eggs for their egg business, got up before the girls so that I could change them and dress them before they disturbed the family, and usually got the girls their breakfast and did the dishes. I did laundry and other chores also, but I was always responsible for the girls too.

I was expected to keep the girls in the same room all the time and watch them. I don’t know what month it was, but it was some time in the summer, since we went outside at certain times too. The girls weren’t used to that kind of structure, since while my parents were extraordinarily controlling, they also had a notable lack of control in daily life, with no structure, no schedule, and the only rule really was to not upset the parents, and do everything they specifically demanded immediately. I think that this couple disapproved of my siblings’ behavior and my parents’ parenting style and methods, and decided that they could fix it. But it doesn’t work to take an 11 year old or even toddlers and suddenly change everything about how they do life in ten days. They talked to me about how I should behave and what I should be doing in daily life, and to respect my parents, but they also spoke negatively about my parents.

It was very confusing for me as an 11 year old. I knew that my parents were going back to court but I didn’t really understand it. I kind of hoped that they would go to jail while they were there, but then I was afraid I would be stuck with this couple, raising my two siblings forever. I had also been extensively isolated so I did not know how to function well around other people all the time, and they made fun of that. I was very awkward. I suppose I also showed signed of disrupted emotional development. My mom and the lady decided that I should keep a diary while I was there, but the lady read what I wrote every day, and then my mom read it when they returned. I felt like I had no privacy, so I only recorded what we ate, and when we went out for groceries.

I do not blame this couple, but it was after I returned home that I started to really experience depression. I didn’t want to go to church anymore, and I didn’t want to have friends. I still was forced to go to church, not that I tried to argue, it wasn’t optional. Being with this family really taught me what other people in the church thought of us, and I knew there was a good chance that everyone talked about us like that. It also caused a great deal of conflict for me. On one hand, I was angry that they tried to impose so much structure, but on the other hand I realized that if I complied with the structure, it would be peaceful, and that was not how it was at home. Because there were no predictable rules at home, it could never be peaceful. I think as a child I wanted to have the best of both worlds: the comparative freedom of having no supervision at home, the power of being in charge when my parents were gone all the time, but also the peace in the presence of authority figures. The couple we stayed with never hit me or yelled at me or my siblings, just expressed “disappointment” if I didn’t live up to their expectations.

Being around this family 24/7 also really emphasized to me that I was socially awkward, and I felt like my actions and words were on display for constant scrutiny. It wasn’t even that I felt I couldn’t do anything right, but I didn’t even know what the right thing was. I think it was obvious to them that something was wrong in our family, and I wish that the couple had used that knowledge to get us some help, instead of becoming part of the oppression. Every week when we saw them at church after that, I felt exposed, like they knew something bad about me. They were disappointed because they thought I would have some sort of connection with them after I went home, but I didn’t. This experience really reinforced for me that adults had all the power and that no one would help me, and that there was something fundamentally wrong with me. That I was the problem.

My parents were finished with court and didn’t go back to court. I don’t really know what the resolution to that was. I just know that it was a terrifying time for me, and I don’t think it was right that I was put through the knowledge that they were going to court, and that it had to do with parenting, but I wasn’t made privy to the resolution. It also makes me very suspicious about the outcome. I also think it wasn’t right for the church to have that window into our family problems and not do anything about it. I know it should be surprising, as it is very difficult to risk being the whistleblower when surrounded by others who do not seem to recognize the problem, but if any one of those three families who got glimpses into the mental health status of my siblings and I had chosen to do something, it could have saved us from the six years of suffering that was to come.

Sarah lives in Ontario Canada with her husband and works in the social work field. She was raised in a large independent quiverfull family, who traveled from church to church looking for sympathy for their belief system. She left at age 17 to complete high school and university on her own. She blogs at http://feministinspiteofthem.blogspot.ca/.

She is a member of the Spiritual Abuse Survivor Blogs Network

November 2, 2014
Quoting Quiverfull: Saying Anything About Childhood Abuse is 'The Spirit of Ham'?
Next Post

November 3, 2014 Quoting Quiverfull: So Victim Shaming/Blaming is Something Jesus Loves?
Recent Comments
3 Comments | Leave a Comment
Browse Our Archives
get the latest from
Nonreligious
Sign up for our newsletter
POPULAR AT PATHEOS Nonreligious
1