Part 3 – Navigating the Justice System: As a Young Adult 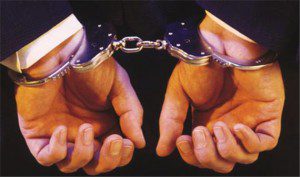 When I was about 17, I moved out. Once it was truly clear to me that what happened in my home was abusive and not normal I decided to try to end the abuse for everyone. I started making regular calls to Children’s Aid on my father. I had to get help making these calls because Children’s Aid did not take my calls seriously because I was perceived as a disgruntled daughter (I was a disgruntled daughter, I suppose – but it didn’t negate what I had to say). There had already been multiple closed investigations on my family, and my parents presented as godly people who were just doing the best they could do with very little money and terribly rebellious children (although the social workers were always impressed with our obedience). I had help from guidance counsellors at my high school, and from the family I was staying with.

This process exacted a steep personal cost. I had to relive what had happened constantly, and I worried that if this bid for freedom for all my younger siblings failed, and my parents found out, I would be cut off from them forever. My father had always threatened to pack everyone up and move to Mexico in the middle of the night, and I was afraid that if CAS called and invited themselves over for a pre-announced visit, my father would follow through on this threat and be forever protected by his friend-of-a-friend counterparts in Mexico. This situation caused a lot of pain for me. I had a lot of suicidal thoughts, and began engaging frequently in fairly serious self-harm, although I had done some self-harm even as a pre-teen before I knew that it was a thing. I have self-injury scars on my arms that will never go away.

My self-injury served as a tangible demonstration to those who were supporting me by calling CAS, that there was a real problem that needed to be fixed. I believe that some of the thinking was that maybe if they could get an intervention in the family home, they would be able to save my younger siblings from going through the same thing. It was kind of too late to save them from the pain, but at least they could end it. CAS became convinced to take a closer look.

Once another investigation was finally launched, things moved quickly. There were a few meetings, and my dad was given the option of promising to not yell at my mother or physically punish the children (this may sound familiar). They found out that he chased teenagers with garden implements, and beat kids with dowel rods and broomsticks. They only wanted that to stop. He declined this option, so he ended up being removed from the property by CAS and police. He was taken to jail and charged with child abuse for his use of unreasonable corporal punishment. He was not allowed back on the family property because my mom was there with the kids (I had also moved home) and he wasn’t allowed to displace the family. We went to criminal court when I was 19. I had just started dating my now-husband, and going out for some lunch while at court was our first date. I testified, along with several of my siblings. We were given victim support this time.

We testified much more clearly than we did when we were kids. We went for a few days. The judge was kind to us, and cleared the court room of anyone that we didn’t want to have there. They asked us questions kindly, and didn’t push us when it was hard. We only testified against my father, not against my mother. We decided as a group of teenagers that the priority was to get my father to answer for what he did, because what he did was much more serious than what my mom did, and my mom had not been physically abusive to my siblings in the time between my father’s arrest, and court. The result of those court proceedings is that my father took part in a plea deal, where he pled guilty to three counts in exchange for the other six (there are nine siblings) charges being dropped.

He was given a year of probation. He also had to continue going to court with my mom (family court, I believe) to work out issues of custody, but for him to get a say, he was supposed to file his own papers. He never did. He repeatedly attended court with no representation, or asked for adjournments to have more time to file papers. Eventually this ended and my mom pretty much ended up with custody and residency in the home, because of his inaction. My grandfather bought my father a car and a cell phone, and he has spent the past 7 years floating around between staying on his other property in Nova Scotia, and living with his like-minded friends in Ontario who allow him to live in their houses with their children, or to set up a shed or camper in their back yards. He still has no concept that he did anything wrong at all.

Sarah lives in Ontario Canada with her husband and works in the social work field. She was raised in a large independent quiverfull family, who traveled from church to church looking for sympathy for their belief system. She left at age 17 to complete high school and university on her own. She blogs at http://feministinspiteofthem.blogspot.ca/.

She is a member of the Spiritual Abuse Survivor Blogs Network

November 3, 2014
Quoting Quiverfull: So Victim Shaming/Blaming is Something Jesus Loves?
Next Post

November 3, 2014 Preparing To Be A Help Meet: Knowledge - House, Gardens and Cheese Making
Recent Comments
3 Comments | Leave a Comment
Browse Our Archives
get the latest from
No Longer Quivering
Sign up for our newsletter
POPULAR AT PATHEOS Nonreligious
1