Preparing To Be A Help Meet: Ellie’s Love Story Part 2 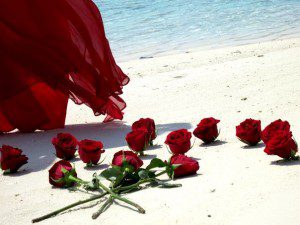 Alright. Back to Ellie’s story.

One day, three or four months after asking my brother if he knew of any good guys, the phone rang. It was a guy asking for my older brother. I told him that my brother was out of town, and I politely asked if I could take a message. He told me his name and said he was moving to the area to attend Bible College. Later that day my brother called, we talked for a little while, and then I remembered the guy who called. I said, ” Somebody called for you.”
“Who was it?” he asked.
“I think his name was Anthony Taylor.”
My brother didn’t say anything for a few seconds, and then he asked somewhat sharply, “What did he want?”
“He said he is moving here to go to Bible College.:
Again my brother didn’t say anything for a few seconds and then he said very seriously, “Oh no, Watch out!”
I was startled by his reaction and I asked him, “What? What are you talking about?”
To which he responded, “Oh, nothing; never mind.”

I’m a bit worried that the brother’s friend is an axe murder….

I didn’t have to wait long before I met the mystery man. My brother was back in town when Anthony first came to our church, and he sat with our family for the morning service. I couldn’t wait for the preacher to finish his message so my brother could introduce me to the guy with the warning to “watch out”.

That’s a bit weird, too. Does she trust her brother’s take on the guy or what?

As soon as the service ended I stood up and turned towards my brother with expectation, but he quickly turned away and escorted his friend out of the pew without an introduction. I was so disappointed!

Ellie was probably the only person surprised by that outcome.

A few minutes later I walked into the lobby and there was Anthony, leaning up against a wall. He was well-dressed, and my first thought that he looked like a super-handsome Italian prince. He didn’t look my way, and he was soon gone. About ten minutes later I heard the church’s back doorbell ring. I opened the door and he began to walk past me without even saying, “Thank you,” so I stuck my hand out and said, “Hi, my name is Ellie.” He gave me a quick handshake and then, without even glancing at me, walked on by.

Kudos to Ellie for taking some initiative. He’s not sounding like a great catch, but first meetings can be really awkward.

We slowly became friends over the next two years. He was very discreet with girls, so it was hard to get to know him well, but his passion for ministry and the things of God were evident. I wanted to know him better, so I began to set up soccer, ping-pong matches, and volleyball games. It took many months before he started coming over a couple times a week to events that I was putting together. Of course, I cooked fantastic meals and treats, and I made sure that I looked cute for the get-togethers.

Whoa. That’s an insane amount of work to get a guy’s attention. Several months of several activities a week all in hopes of a guy she’s met…once….in passing. I prefer the idea of calling him and asking if he wants to get coffee.

Oh, and of course, everyone is involved in “ministry”. Do these crazy stories apply if the guy is in a secular job?

I was able to observe him in many circumstances. One time we were playing a game and someone got very angry at him. I was impressed with the way he patiently calmed the angry man down.

In all seriousness, why did the man get mad at him? Is the ‘angry man’ high-strung or is the not-boyfriend bad at interacting with people?

I also noticed that instead of hanging out with the cool kids, he was often seen with inner city children, immigrants and street people.

How old are Ellie and Anthony?!? Who “hangs out with the cool kids?” This isn’t junior high.

I remember seeing him many times sitting in the park talking to strangers about Jesus, and once in a while I attended one of weekly Bible studies he was leading with various people he had met.
Over a couple of years, our friendship grew stronger. Then he gave me an essay he had written for college and asked me if I would edit it. I read the essay over and over again. It was life-changing! In the essay he explained that a person could not be saved by the act of praying a sin, stopping their sin, or making Jesus the Lord of their life; a person could only be made righteous by faith in Christ alone. I began pointing others to Jesus instead of things they had to do in order to get to Jesus.

Ok. I think we’ve got it. Anthony follows the Pearl method of bizarre interactions in hopes of converting people. He even managed to convert Ellie.

Instead of leading me further away from God and toward himself, Anthony was leading me closer to God. He treated me in such a way that if I married someone else, my future husband could have thanked him.

I love how the unstated implication is that the rest of the world who “dated” is completely filled with jealous rage toward all of their partner’s previous romantic partners. Personally, I’m grateful my husband dated other women besides me. According to him, they collectively sanded off a bunch of rough edges.

Now, over two-and-a-half years had passed since I first laid eyes on my Italian prince and still were just friends. I had real yearnings, but I was committed to keeping my eyes on serving God as a single woman until God made my romance happen. About that time, I decided to go on a four-month mission trip. The whole four months I never wrote or phoned him, and he didn’t contact me. I stayed focused.

I know this whole story is supposed to illustrate a healthy relationship…but this is crazy. There is nothing healthy or normal about repressing all romantic feelings for two and a half years! If you like someone, you don’t break off contact for 4 months – or at least not without a talk about the relationship.

Towards the end of my trip, I was on a train thinking about going home and seeing Anthony again. As I watched the beautiful Asian countryside pass by, I realized that I did not want to spend the rest of my life without the godly man that I had come to greatly honor. I had delighted myself in the Lord. I knew he would give me the desires of my heart. He so promised in Psalms 37:4. I remained full of peace and delight.

In real life, Ellie would come home to find out that Anthony – who may or may not have been interested in her – was dating someone else.

Within six weeks of my return, my dream finally came true. He came to visit and asked me to take a walk with him on the beach. We walked to the waterside and stood there for a few minutes. I asked him, “Well, what do you want to do?” He said “I think we should pray.” Then he dropped to his knee. “But before we pray, I want to give you something.” He pulled out a ring and pressed it into my hand, and then asked me to marry him.

I hope Ellie and Anthony were in some kind of declared relationship before he proposed. Because going from single friends to engaged is one heck of a big step.

Ellie, from one woman to another, let me give you some advice.

He never told you he loved you before asking you to marry him.

He was unwilling/unable to enter a committed relationship for longer than 6 weeks before he wanted you to marry him.

He let you go away for 4 months without any contact after 2.5 YEARS of a ‘non-romantic’ relationship.

If a friend of mine told me described her relationship like yours, I’d tell her to sign up for some hard-core pre-marital counseling because I worry that he can’t form a healthy long-term relationship…and that you are far too willing to follow him around like a puppy dog waiting for any scrap of romance to come your way.

He took my hands and we prayed together, dedicating our lives to God. Then he said, “I have a gift for you,” and started digging in the sand right where we were kneeling. He dug up a box and opened it, revealing two dozen red roses. As he handed me the roses, he finally told me the three glorious words every girl longs to hear: “I love you.”

Admit it; the story would be much funnier if Anthony was a few feet off from the buried roses….

My handsome Italian prince and I have now been married for almost seven years, and for better or worse, for richer or poorer, through it all, we have rejoiced in one accord. I have traveled around the world with him and watch him preach the Good News to thousands. We just returned from living in Africa for the summer with our three kids and another baby on the way. Just today, we talked with a friend whose eyes filled with tears as he thanked my husband for preaching the gospel to him last year. My love story gets better every day.

And we end on some humble-brag.

AntiPearl: I like not only to be loved, but also to be told I am loved.
George Eliot

November 24, 2014
Quoting Quiverfull: Learning How To Talk To Gays and Other Kirk Cameron Nonsense?
Next Post

November 25, 2014 Why Am I Not Surprised?
Recent Comments
15 Comments | Leave a Comment
Browse Our Archives
Follow Us!