Quoting Quiverfull: Marry Your Rapist Unless Your Father Says No? 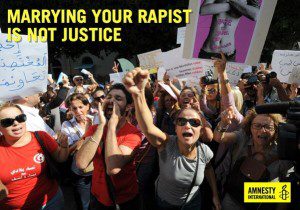 This posting involves the reasons that fathers really shouldn’t be refusing various courtship/betrothal suitors. The bit we’re quoting below I’ve heard various pastors describe mostly as a rape situation (like in Deuteronomy 22:28-29), though a few has said it speaks of a man seducing a young woman. Like everything in the Old Testament it seems to be open to interpretation.

Have to give Von credit, he doesn’t advocate refusing young men that want to court your daughter, leaving your poor daughter on the shelf like certain people have done (Botkin). The Botkin sisters are likely never getting married till Jesus comes back.

Just not sure how all of this ties in with Mr. Ohlman’s beliefs that fathers should be the ones picking the spouses for their adult children. Seems sort of counter-intuitive.

There are, however, a couple of verses/passages that do support the idea of the father having the right/responsibility to give, or refused to give, his daughter in marriage.

Exodus 22:16-17 And if a man entice a maid that is not betrothed, and lie with her, he shall surely endow her to be his wife. If her father utterly refuse to give her unto him, he shall pay money according to the dowry of virgins.

The first involves a young couple involved in fornication. The young man who fornicates with a young woman is penalized in a variety of ways but, the passage states, they are to marry unless the father ‘utterly refuses’ him. So this does indeed imply that the father can say ‘no’. (Although it must also be noted that the grammar makes it clear that the ‘norm’ or expected behavior is not a refusal.)