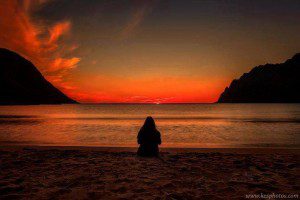 Please remember to remind yourself of the truth of who God says you are. Some days will be harder than others, but in the end, as you change your thoughts from the judgmental, demeaning messages of abuse to the unconditional love of God, you will find healing for your heart.

Let’s work on that a little deeper today.

Today, I want to encourage you to think about the messages you received from the abusive treatment you suffered or continue to suffer – and then ask yourself what Jesus would say to you.

When I was told that I was not to participate in music, then not to attend a class, then that I couldn’t do anything in the church – without being given a reason – not to talk about what they were doing to me, no response to my pleas for help, and finally to leave the church, these are the messages that I was receiving:

You deserve what we have done to you.
We have not done anything wrong.
Get over it.
What we are doing is for your own good.
Forgive and forget.
Don’t tell.
God is allowing this – if He wanted it to be different, He would change it.
By talking, you are hurting the church, the pastor, and Jesus.
Don’t ask for help.
Don’t bother me (the pastor).
We don’t think you are acceptable and neither does God.

As I looked at this list after being tossed out of the church, I realized that I needed to stop listening to the messages the pastor and leadership had given me and listen to what Jesus would say about that. Would He tell me that I deserved to be treated this way? Would He have used the pastor and other leadership to send me these messages?

Would Jesus say that I deserved to be ostracized, shunned, and condemned?

Would Jesus say their treatment of me was justified by my behavior even though they wouldn’t tell me what I had done wrong? Would He say that they had no reason to repent and stop abusing me?

Would Jesus tell me to just “get over it,” “forgive and forget” that the church leadership and pastors led me to question His love and acceptance of me and made me believe that I was unwanted by God?

Would Jesus expect me to continue to submit myself to people whose stated goal was to continue to diminish and demean me and to justify their treatment of me because I had exposed their abusive behavior?

Would Jesus say that the spiritual abuse I suffered was “for my own good” and that He was using the abuse to shape and mold me into who He wanted me to be? Did Jesus want me to be abused?

Would Jesus want me to keep quiet about my story and my journey to healing so that others would not be aware of abusive behaviors, recognize how they have also been abused, and how to find healing and joy again?

Would Jesus do as so many others at the church who pretended to be my friends, and defend the abusers rather than supporting and defending me – the one abused?

Over the years, I was made to feel and believe that I was fragile, unforgiving, vengeful, and crazy, as well as guilty and mean. Without once being given actual evidence or concrete examples of how this was so. Is this what Jesus wanted?

And to all of these questions, my only answer is “no.”

Jesus would not have said or done any of those things. When I listened, I could hear Him saying, “I am not like that, Ellen. I am not like them and they are not like me.”

And I had to accept that the people who abused me were not interested in admitting the harm that they had done. They were only interested in justifying their behavior by accusing me – without facts and without evidence. They wanted to prove that I deserved to be abused.

Would Jesus want that? Would He say, “Sure, go ahead and make Ellen feel and believe that I don’t love her, I don’t accept her, and she will never be good enough for Me.”

Would Jesus want leaders who could not humble themselves, admit their own failures and mistakes, repent, and seek forgiveness?

I stepped closer to healing when I could see clearly that Jesus was not in any part of what the church leadership had done to me. I hope you will take that step today, as well.

Look at the messages that you received from those who abused you and ask yourself if a loving God who sent His Son to demonstrate His love toward you would have agreed with or been the impetus behind the way that you were treated.

December 7, 2014
The Smoke and Ash of Melting Memories
Next Post