Preparing To Be A Help Meet: Part 2 – Pie in the Sky 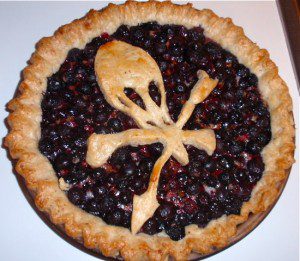 Ever wonder if Debi would pull her punches on friends?

She doesn’t. When a “friend” has the audacity to get a divorce from an abusive husband AND marry a different man, Debi spews out the massive misinformation created by a conspiracy to destroy the woman’s magazine.

I know it sounds crazy…but the information is a matter of public record since the woman and her second husband were brave enough to sue.

(This took me about 20 seconds to find online since I am not active in the home school community…but figured someone would write about it. Mark and Helen Hegner, Linda Dobson and Shay Seaborne worked together to publish a factual account of what really happened. These four authors deserve the utmost praise for uncovering and condensing a sick, twisted, narcissistic conspiracy into an easy to understand narrative AND taking the time to support the story with quotations from the trial and pretrial motions. )

Tragedies go a step further than disaster. Tragedies are relationships that wreck the dream of a fine prince coming to find you. The next story is a tragedy that destroyed two families.

Tragedies are when people are permanently hurt or killed.

Being judged by Debi is NOT a tragedy no matter what she claims.

There was this really cool lady who published a home school magazine that I really liked. You would think that a Christian wife and mother of many children, wouldn’t fall prey to tragedy, but she played with a possible disaster and it took her down. This is how it happened.

The woman is Cheryl Lindsey Seelhoff who published Gentle Spirit and made a good living from it. She had 9 children and a husband with anger management problems.

She had in the previous year successfully protected her magazine from “request” that she disclose that her family was biracial in her speaking and magazine blurbs or be removed from publishing.

(EW. EW. EW. I feel freaking slimy having to write that.)

While at a large homeschooling convention where she was one of the leading speakers, she met a fine, spiritually man who also was one of the main speakers. The two really hit it off. He was really cool. I am not being sarcastic; he was handsome, wise and seemingly godly. Although both speakers thought they were being led of God and were walking in the truth in reality they had both just been caught up in the home school movement. As the Scripture says in 2 Timothy 3:5 they had “…a form of godliness, but denying the power thereof.”

Lots of DebiSpin on this one. Cheryl has documentation that shows here marriage was in deep trouble before this conference. She had confided her pastor and his wife about the troubles in her marriage and her growing relationship with Rick. She left that church to avoid any scandal due to her imminent divorce.

When the lady went back home, the two leaders had legitimate reasons to text…and they did text. At first it was ok, until the day she had an argument with her “lazy, unspirtual husband”. When she reached her lowest point, Mr. Cool knew just what to say to make her feel better. Thus they “got to know” each other in a more personal way through sharing the pain and disappointments of her marriage. Then, of course, he began sharing some of his frustrations at his wife’s lack of interest in homeschooling their children. In time he began sharing his wife’s disinterest toward intimacy.

Debi is:
A) Making shit up again.
B) The worst friend ever. (Although, I doubt she’s actually a friend of Ms. Lindsey Seelhoff)
C) Both of the above.

Cheryl had filed for divorce by June 27th since her divorce notice was published in the local paper on that date – practically, the legal papers had to have been filed before that point.

This next conference Debi brings up next spanned June 23th-25th 1994 – a period where Cheryl was most likely legally divorced.

Mrs. Magazine Lady felt his pain. At the next homeschooling conference they went out for coffee. The sweet, spiritual intimacy they had come to share thorough texting had taken their consciences to places neither of them would have allowed in a social context. At this second meeting the energy between the two of them caught them both by surprise. They were amazed at how attracted they were to each other. It felt so good, so fulfilling – love like they had never known. “It must be of God!” they thought. “Surely both of them had made a mistake and married the wrong person. Our love was meant to be”

People often think the forbidden boundary is the act of fornication. Not so. These two crossed the boundary the day they met at the first conference and decided the other person was of such interest that they wanted further contact through texting. Each act of texting was foreplay. When they finally met in person the second time they were already turned on to each other. They left their consciences further in the dirt every time they advanced their emotional intimacy through their digital communication. When they agreed to going together for coffee, it was just the next to last of many steps away from virtue.

How does Debi know about all of this? Oh, well, Cheryl’s ex-husband called one of the men who settled out of court – Greg Harris – and had him watch the two of them at a conference. Harris didn’t see anything, but decided to check that Rick was in town through lying to Rick about a lost credit card. (Classy, isn’t it..and so subtle….totally likely to be forgotten about by Rick later… OH, WAIT. NO.)

Then the pastors of the church that Cheryl had left decided to pull some vigilante church justice along with some of her competitors like Mary Pride and Sue Welsh.

(Sue Welsh had also been involved in the “Be sure to tell people you are in an interracial marriage” shit. Ew. Ew. Ew.)

At one point, the conspirators managed to write up an entire packet of “evidence” of her divorce and remarriage and sent it all over the home-schooling world.

At various points some truly stellar folks like Johnathon Lindvall (marrying off young teenagers is great!) and Michael Farris (world’s worst lawyer judging by this fiasco) wander in and out…while Mary Pride just happens to write an “expose” on Cheryl and Rick, drive Cheryl’s magazine out of business, and substitute her OWN new magazine that was oddly similar to Cheryl’s.

They divorced their spouses and the two “hot lovers” married. After a few weeks of bliss, they lived in a state of constant stress and unhappiness. Now, years later, they both know that their wild attraction was just Pie In The Sky.

Debi leaves out that the stress and unhappiness were caused by a conspiracy crossing state lines to drive Cheryl out of business.

Boy, you’d think there would be laws against conspiring within an industry to drive other competitors out. Oh, wait…..THERE IS.

And Cheryl Lindsey Seelhoff (she had married Rick by this point) sued their sorry asses. She won the suit against Sue Welsh. The other defendants settled out of court before the trial.

I haven’t been able to find any trace of PearlIndustries in this whole fiasco….except poor choice of badly paraphrasing a mostly illegal trade document that infringed on pastor-penitent rights… That’s about par for the course, really.

AntiPearl: A claim of good motives, like a claim or ignorance of the law, cannot justify or excuse a violation of federal antitrust laws, and would be no defense in this case. Summation by Judge Burgess in Seelhoff vs. Welch.