Preparing To Be A Help Meet: Part 5 – Grabbers, Hidden Flowers and Princesses 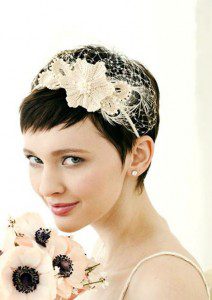 Well, the rest of the chapter is incoherent, mean-spirited and generally rude. In other words, classic Pearl wisdom.

Generally, men like their girls to be informed and ready to give an opinion when asked.

I agree with the major exception that women don’t need to wait to be asked for an opinion. Don’t ever let anyone silence you.

Don’t be a dingbat spending all your time on clothes and hair. That is shallow and temporal. Some men like their ladies well dressed and sharp, but that wears old in a few years.

The mixed message on looks continues. So, look good, but don’t spend time on looking good. (How does that work?)

And if that is all there is to you, you might just end up being someone’s show doll: “Don’t say anything, Stupid, just look pretty.”

Allow me to be crass. I’d rather be a show doll than a sex toy/servant as Michael treats Debi. At least the show doll’s spouse appreciates her looks (while demeaning her intellegence, of course).

Listen to Bible teachers; ask significant questions. Keep up with current events. Learn about health issues, herbs, and natural healing. Be open to read and learn a wide variety of subjects.

[Kingly Man:For me, a girl who is a good conversationlist is way more attractive than a “knockout” who could star in a movie but who couldn’t keep an interesting tete-a-tete] *Note from Mel – tete-a-tete is spelled correctly in the book; I can’t get the symbols right on my blog*.

I’m never opposed to learning more. Being able to keep up a conversation is important in a relationship.

Sorry to mention this, but I have to tell it like it is. Most men want a girl who takes care of her body, keeping it toned, strong and healthy. It is a sign of what she will be in the future. After all, men are visual beings. They like to look and enjoy. Don’t let yourself become a fat lassie.

Wow. That’s freaking condescending to men and women. Plus, fat-shaming is not ok. As a side note as a heavy-set woman, loving your body and being self-confident is far more important in being attractive and sexy than body size.

Why do I suspect that wearing clothing that men like will leave you wide-open to being called a whore by Debi?

Ask your brothers how most young men like girls to wear their hair. You will hear, “Guys like girls with long hair.” If you are smart you will listen to what you are told. You will also be told that guys dn’t really like piles of make-up or strong perfume. Again, if you are wise and not stubborn, you will listen and comply.

Oh, wait….no. Over a million images.

That’s why Debi had to resort to empty threats because she’s making this up as she goes.

[Priestly Man: Not super-long, though; keep it managable. Don’t try and set any world records! Remember to strike a balance; don’t go to any extremes. From time to time girls tend to want to cut their hair just a little bit shorter to see what it’s like. Once you marry, the guy will probably want you to keep it the same length. Girls like change but guys typically don’t. On a related note, “But if a woman have (sic) long hair, it is a glory to her: for [her] hair is given to her as a covering” (1 Cor. 11:15)]

One of the biggest problems I’ve had with the Three Stooges and their stupid comments is that the guys are allowed/edited into taking their personal opinion and preferences and turning them into universal truths.

By this logic, my husband should care about my hair length. And, yet, he doesn’t care as long as I like it.

Don’t be moody. Guys do not like complaining or touchy-feely, you-hurt-my-feelings type of girls.

Keep spewing the poison, Debi. See, Debi complained to Michael about how he treated her on their honeymoon. He’s never seen what was wrong about his abusive treatment of her. As such, sharing feelings or explaining when actions are hurtful MUST be the problem…not Michael’s cruelty.

Most young men know someone’s mother who makes the whole family miserable by her moodiness. All young men hope they escape that plague. Guys talk. They will alert other young men to any female they see sulking.

I don’t buy the “guys tell guys about sulkers” theory. I’ve heard plenty of girls discussing the emotional state of other girls and sometimes other guys. I doubt it’s a huge topic of conversation among groups of guys alone.

[Visionary Man: Don’t complain. Ever. Try not complaining about anything for a week and you’ll realize what an ugly crutch it is. When evaluting a girls as a potential, I listen to her conversations and imagine the nature of them multiplied out 50 years. I shudder at the thought of enduring that much complaining, gossiping, whining or sheer shallowness. Or will I find her conversations stimulating, encouraging, uplifting and educational?]

I shudder at the idea of spending 50 years with such a shallow jerk. Does he have any idea how condescending he sounds?

Plus, no one can be stimulating, uplifting and educational 24/7, thankfully. Can you imagine someone who breaks into an educational conversation at every meal? Geez.

Antsy Leads to Grabbing
In the story, The Kid’s Love Story, you read how I had to wait seven years until Michael noticed me. Then in the story of the Italian Prince you saw Ellie had to wait a long time without a clue that before her Italian Prince let her know she was his chosen sweetie. Waiting, wondering, hoping and too much thinking can turn a girl Antsy. Antsy is not good. It can turn a good girl into a Grabber.

Nope. Chasing a guy is horrible! Better to sit at home and…oh, drat…you can’t win at this, can you?

The Antsy babe is not lustful; she just admires the guy and is thinking about marriage. She might be a little demanding…pushy…or, well, you decide. A King or a Prophet man will not tolerate a pushy female. You will clearly see this action in stories in the next chapters.

AntiPearl: I love you the more in that I believe you had liked me for my own sake and for nothing else.
John Keats

December 9, 2014 Quoting Quiverfull: Embracing and Giving Thanks For That Womb?
Recent Comments
16 Comments | Leave a Comment
"I would like to agree, but Debi has her own... issues... regarding causing pain, fear, ..."
Nea Michael and Debi Pearl and That ..."
"Now I'm hearing a fundamentalist version of "Cell Block Tango" from the musical "Chicago".(oops, just ..."
B.E. Miller Quoting Quiverfull: Michael and Debi Pearl’s ..."
"So this is how Larry justifies torturing his wife; she's essentially not allowed to say ..."
AFo Do Weird Sexual Things in Bed ..."
"Well, one of those is actually - NOPE NEVER MIND"
Anri Do Weird Sexual Things in Bed ..."
Browse Our Archives
Follow Us!