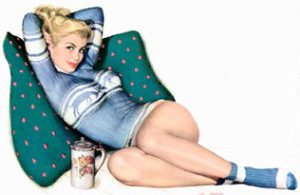 What Mark Driscoll does in this chapter– and what basically every evangelical I’ve ever heard talk about this does– is create an argument based on scare tactics. I’ve found that those arguments just don’t work because if you go to a ridiculous and unsubstantiated level of rhetoric, eventually someone (like me, ha) is going to investigate your claims and find out that they’re mostly bunk, and there goes your argument.

But then he gets into the arguments. And this is where we take the train to crazy town.

See what I mean about scare tactics? None of these things are even realistic.

December 4, 2014 Quoting Quiverfull: AIDS Free By December 25th - The Duggars Lose Their Homophobe Crown?
Recent Comments
27 Comments | Leave a Comment
"This is late, partly bc of my preoccupation and partly bc I'd been slowly reading ..."
Jennifer Serena’s Serenity – Luxury Hotel, Birthing ..."
"Thank you for your commitment to truth and love, Suzanne. Best wishes to you and ..."
Meredith Anne Not a Goodbye, More of a ..."
"For your sake, I am so glad you will no longer be editing and managing ..."
Lana Not a Goodbye, More of a ..."
"For what it's worth, I've learned a lot from you about a Very Creepy movement ..."
Gwen Pryce Not a Goodbye, More of a ..."
Browse Our Archives
get the latest from
Nonreligious
Sign up for our newsletter
POPULAR AT PATHEOS Nonreligious
1