A Comment From a Christian Seminary Student January 29, 2015 Suzanne Titkemeyer

Recently, I received a Facebook message from a Canadian seminary student by the name of Matt. I assume he is an Evangelical. Here’s some of what he had to say:

You don’t know me. I am a seminary student at a school in Canada. One of my professors passed around your article entitled “Know it all Evangelicals” and asked the class to post a response in the class forum.

As I considered my response, I felt that if I wanted to take the assignment seriously I should also post my response in the comments on your article…

…If you are not interested in this I completely understand and will bother you no more. I wish you all the best as you battle through your health issues. Thanks for considering my request.

Here’s the comment Matt posted to the class forum page:

Thanks for a thought provoking article. I’ll admit that my first reaction was indignation and the inner protest that while this may refer to most Christians, it certainly doesn’t refer to me, don’t lump me in with everyone else.

I suspect that just about any Christian reading the article would feel similarly at least initially. Perhaps others would jump on the bandwagon and say, “Yeah, that is the problem with the church, they are so arrogant and they know nothing.” as though they themselves are somehow apart from and therefore better than the church.

Then I tried to think more about what you are really saying. It seems that the main problem that you outline in the article is the arrogance Christians tend to have based on their knowledge which in reality often amounts mostly to ignorance. I wonder if I really can be lumped into that category.

Perhaps in your years as a pastor you had the experience of having kids from your church go off to Bible College and then come back after a year armed with a new knowledge and a great zeal to correct the areas where you were in error in your leadership. The reality is that I was one of those kids. I recall as a Bible School student zealously inserting myself into a church conflict in the church where I grew up.

I made sure to point out to the pastor the areas where he was wrong and clearly warned him of the dangers of his behaviour. He was a man who was struggling in life, he had a teenage daughter causing a great deal of grief in his home and a church in turmoil around him and I am sure that in my great wisdom and discernment I caused far more harm than good. I look back on that incident with no small regret and hope that I have learned something since then.

Now, years later I find myself with a role of leadership and influence within the church and your article is a challenge to me. I can ask myself, “How can I be an influence for good in the church? Can I challenge the young people around me to get into their Bible, to study the scriptures and to think about what they are reading?” I think I can. The reality is that if the scriptures are true (and I believe that they are) they are worth studying and knowing. If they are truly a way to know God then this is what I should devote my life to learning and I want to influence the next generation of the church to change the reputation that we have of being arrogant and ignorant.

Thanks for your challenge.

While I can not find the post Matt references, I do remember what I wrote. I focused on the arrogance of many Evangelicals when it comes to them thinking they know everything. In truth, most Evangelicals know very little about theology, the Bible, the history of the Christian sect, and the transmission of the text they claim is divine. Even among preachers, the lack of knowledge is astounding.

I think Bart Ehrman’s books should be required reading in the Evangelical church. (and even more so in Evangelical Bible colleges and seminaries) Evangelicals should know where their Bible and beliefs came from and how much these beliefs have changed over the centuries. They should know that many of the claims they make for the Bible are not only laughable but ignorant. If they are going to say that the Bible says ____________, then they should learn to defend and explain their assertions. In the process of learning how to defend themselves, they should expose themselves to authors and scholars outside of their sect, men like Marcus Borg, John Dominic Crossan, John Shelby Spong, NT Wright, and even secular, non-Christian writers like Bart Ehrman and Robert M Price.

I take the Bible seriously and those who say they believe it should do the same. I hope, in the advice Matt gives to his future church people, that he will encourage them to read outside the rut of their peculiar sect. Any belief worth having will stand examination and critique. Now, if it is really all about faith, then future Evangelical preachers like Matt need to make that clear. They need to state that their beliefs are faith-based and not evidence based. This we believe, then becomes an article of faith, a shared faith, that may have some facts attached to it, but such facts are not required.

I want to thank Matt for his comment. I always appreciate it when an Evangelical make an attempt to engage me on a  thoughtful, professional, and intellectual level. His kind message to me is a reminder that my writing is often discussed far beyond the pages of this blog.

I have had countless Evangelicals attempt to disparage and discredit Bart Ehrman. When I ask them which of his books they have read, they often state they have read NONE of them. Like with the Bible and theology, their knowledge is based on what someone else has told them.

If you have not read any of Bart Ehrman’s books, here are a few that I think you might find helpful:

Misquoting Jesus: The Story Behind Who Changed the Bible and Why

Jesus, Interrupted: Revealing the Hidden Contradictions in the Bible (And Why We Don’t Know About Them)

Did Jesus Exist?: The Historical Argument for Jesus of Nazareth

God’s Problem: How the Bible Fails to Answer Our Most Important Question–Why We Suffer

How Jesus Became God: The Exaltation of a Jewish Preacher from Galilee

Editor’s note: The books by Bart Ehrman that Bruce references above are a great read when you are coming out of fundamentalist or evangelical Christianity. Ehrman breaks down many of the myths that surround faith with solid research.

January 29, 2015
Quoting Quiverfull: Homosexual Agenda to End Marriage by Gaining the Right to Marry?
Next Post

January 29, 2015 Quoting Quiverfull: Part 1 - Marriage is the Best Context For Human Development?
Recent Comments
2 Comments | Leave a Comment
"I think that most of my friends who still speak to me fall into category ..."
C Kunsman 7 Ways Fictional President Camacho is ..."
"Don't forget beloved fictional characters from books, movies, Manga, comic books, and webcomics, too! ;-D"
Astrin Ymris Is Self Love Just Cheating on ..."
"Critical thinking is actively discouraged in these circles. If people thought analytically, they'd realize their ..."
Astrin Ymris Is Self Love Just Cheating on ..."
"They are horrible people, full of hate and ignorance."
Jim Jones 7 Ways Fictional President Camacho is ..."
Browse Our Archives
get the latest from
No Longer Quivering
Sign up for our newsletter
POPULAR AT PATHEOS Nonreligious
1 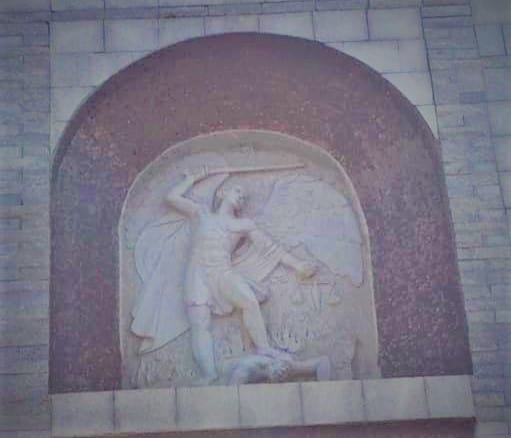 Nonreligious
An Open Letter to Bethel Redding
No Longer Quivering

Nonreligious
Will America be Safe from COVID by Halloween?
No Longer Quivering
TRENDING AT PATHEOS Nonreligious