Quoting Quiverfull: Dinosaurs Lies From the Pit of Hell? 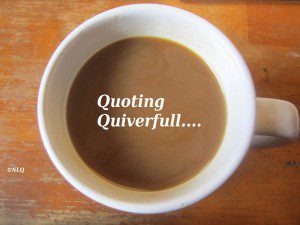 Editor’s note: Most of us are well aware of Ken Ham and his whole schtick about Adam and Eve riding dinosaurs. Thought that Ham was the ultimate in science-denying in Christianity. At least until I stumbled across this group that think dinosaurs are a lie dreamed up by non-believers to corrupt their children and it somehow linked to bestiality. Do not know enough about this group to know if they are QF, but everything you can infer about their group seems to indicate they are some sort of far right Evangelical group.

I’m really concerned about dinosaurs, and I think something needs to be done. The science behind them is pretty flimsy, and I for one do not want my children being taught lies. Did you know that nobody had even heard of dinosaurs before the 1800s, when they were invented by curio-hungry Victorians?Charles Darwin’s later theory of evolution entirely disproved dinosaurs, yet the dinosaur lie was twisted and adapted to try to make it fit. Any proper look at the facts will reveal that dinosaurs simply never existed.Aside from the educational aspect, dinosaurs are a very bad example for children. At my children’s school, several children were left in tears after one of their classmates (who had evidently been exposed to dinosaurs), became bestially-minded and ran around the classroom roaring and pretending to be a dinosaur. Then he bit three children on the face. One poor girl has been left with a severely dented nose and the whole class was left traumatised by this horrible display.Nothing about dinosaurs is suitable for children, from their total lack of family values through to their non-existence from any serious scientific point of view.Recently my sister foolishly gave my two youngest some dinosaurs toys for Christmas. After telling her to get out of my house I burnt the dinosaurs. My children were delighted because they know that dinosaurs are evil. I am fortunate that my family has been very supportive, and has disowned my children’s former aunt.Please, do what you can to get dinosaurs taken off the curriculum. Our school has been recently presented with a 214-signature petition, and following that and our recent protest the headmaster has said that he will take it the governors. We are lucky that he is so sympathetic to our cause, but I fear that others may not be.If you would like to lend your support to our campaign, we have a Facebook group where we spread facts and research about the dinosaur myth. Hope to see you there! 🙂https://www.facebook.com/groups/nonexistingdinosaur/

February 24, 2015 Christian Cliches "Don't Cause Your Brother to Stumble"
Recent Comments
30 Comments | Leave a Comment
"This is late, partly bc of my preoccupation and partly bc I'd been slowly reading ..."
Jennifer Serena’s Serenity – Luxury Hotel, Birthing ..."
"Thank you for your commitment to truth and love, Suzanne. Best wishes to you and ..."
Meredith Anne Not a Goodbye, More of a ..."
"For what it's worth, I've learned a lot from you about a Very Creepy movement ..."
Gwen Pryce Not a Goodbye, More of a ..."
"Unfortunately, this kind of satire (if it even is satire) is what gives Christianity the ..."
Emily Is Biblical Gender Roles a Big ..."
Browse Our Archives
get the latest from
Nonreligious
Sign up for our newsletter
POPULAR AT PATHEOS Nonreligious
1

“First Moments in Heaven” — When...
Godzooks: The Faith in Facts Blog
Related posts from No Longer Quivering