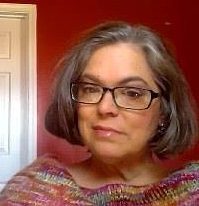 When the news of the unwanted sexual encounters between Vision Forum’s Doug Phillips and Lordes Torres came out followed by the closing of both Vision Forum Ministries and their for profit Vision Forum Inc it left quite a void in the world of Christian Dominionism, Patriarchy and Quiverfull movements. Everyone speculated who would take over from the powerhouse dominionist ministry of Vision Forum. But those that might have stepped in to fill the void left by the closing of Vision Forum had their own scandals to deal with: first Bill Gothard of IBLP/ATI, who is huge in the world of homeschooling and dominionism, was accused of groping teenagers working at ATI headquarters going back many years, some of the stronger dominionist patriarchal ministries that might have influence are headed by women like Nancy Campbell, Debi Pearl and Mary Pride and some of the outlier ministries have had their own issues such as Kevin Swanson taking a long sabbatical that was rumored to have been forced because of perceived sexual sin. Conservative Christian darling Dinesh D’Souza openly cheated on his wife and ended up convicted of a federal crime taking him out of the running of the CPM.  What is it about these good Godly men that they cannot keep their hands and penises to themselves?

In the middle of all this we have identified a possible contender to take over the followers of Vision Forum – Family Life Today.  Family Life Today is headed by Dennis Rainey, and like Kevin Swanson he has his own radio show. A quick listen confirms that Rainey has taken the ball dropped by Doug Phillips and run with it, in a slightly repackaged form, a ‘rebranded’ patriarchy. Like the Duggar’s of TLC’s “19 Kids & Counting” television fame Family Life Today has softened the words they use that mean the exact same thing as the older verbiage. They use subtle language, instead of calling a man a ‘patriarch’ they break it down as ‘prophet,’ ‘priest,’ and ‘king’.

They refer to a wife as a ‘partner’ yet Rainey had this to say about wives and husbands relationship “Your wife is your number 1 disciple” Does that sound like an equal partner to you, or is it patriarchy rebranded? They refer to wives as “partners” but then continue with the same old headship/helpmeet marriage model, they simply call it another name now.

One of the other big agendas that Vision Forum pushed and now Family Life Today is also heavily promoting is that idea of total control of their children. It’s easy to see in their promotion of Ken Hemphill’s new book “Parenting with Kingdom Purpose”

Here’s a screen shot from their discussion of the book on the radio program that pretty much says it all, reinforcing the idea that the only thing that matters is making sure your child is above all else completely sold out dominionist.

See where I’m going with this? This is exactly the same mindset, pardon me, ‘World View’ that most of the Christian Patriarchy Movement folks have been pushing for years now. Harmful theology that reduces children to possessions instead of living, breathing, sentient beings with needs, wants and desires. Perfect robot syndrome.

What makes Family Life Today poised to take over from Vision Forum and very dangerous are two different things. First, as I mentioned earlier they are using words that soften the hard reality of what they believe in, a sort of ‘soft’ complementarism and secondly, they already have a larger audience than Vision Forum ever did. If you read through their radio transcripts it’s obvious as time has passed that they are moving ever closer into the Quiverfull and Dominionism worlds.

Suzanne Titkemeyer is the admin of NLQ and also the wife of a man who had sense enough to recognize their church as a cult before dragging her out. She is a crazy old cat lady keeps busy with her grown children, her rescue animals, foster care animals and her love of all things art. Contrary to Fundy-Belief she’s usually smiling, laughing or smirking while swilling diet coke and dispensing sarcasm. She blogs at What Would Roger Sterling Do? and True Love Doesn’t Rape

April 28, 2015 Quoting Quiverfull: Christians Are Called to Hate Others?
Recent Comments
6 Comments | Leave a Comment
Browse Our Archives
get the latest from
Nonreligious
Sign up for our newsletter
POPULAR AT PATHEOS Nonreligious
1