Preparing To Be A Help Meet: Part 2 – Fleas 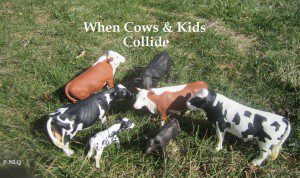 Before Patricia’s flea story, I want to tell you one of my own insect nightmares.  Years ago I got mad at my neighbor for being offensive to her husband.  I stewed, fumed, and even fussed about it to some friends.  I knew I was acting ugly, but I kept my grudge.

Debi is angry that her neighbor is being rude to the neighbor’s husband.  Debi is so angry at this behavior that she’s ruminating on the slight and gossiping behind the neighbor’s back.

Is Debi twelve?  This is age-appropriate for twelve-year old girls, not an adult woman.

She actually has a grudge about her neighbors’ marital life.  How insane.

One night I grabbed a house coat to put it on and out fell a dangerous spider.  I freaked!  Spiders are the worst scary thing!

OMG!  Spiders are totes scary!  Wanna go to the mall after practice?  I can get my mom to drive!

For the next week or so I thoroughly shook out every piece of clothing I put on.

That’s a sane and sensible reaction.  Spiders get into houses and like to hide/rest in dark, warm, enclosed areas like clothing.

Somehow I knew God was rebuking me for badmouthing my neighbor.  Several other times I had a spider jump out of my towel or coat.

How did Debi decide that?  I’ve never badmouthed my neighbor for being snotty to her husband and I’ve had spiders jump out of clothing, towels and even (gasp!) bedding.

I don’t recommend combing your memory for potential problems every time you see an insect.  The two aren’t related – and you’ll just end up jumpy, guilt-ridden and paranoid.

I lived in tension, nervous for the judgement I knew God was waiting to give me the first time my guard was down.

I always figured “Divine Judgment” was quick, clear and dramatic.  “Debi badmouths neighbor; God infests her house with spiders; Debi stops” is the traditional story line.  In that genre, God doesn’t sit around messing with you; the punishment is quick and precise.

Now sometimes the story has a twist where the person doesn’t believe in the punishment is divine, repeats the old behavior and receives a more visible punishment that causes them to stop.  But Debi seems aware that badmouthing her neighbor is wrong AND that spiders are being sent by God to punish her.  Did she just decide to keep on bashing her neighbor and hope the spiders got lost on the way to her house?

(Bluntly, I don’t believe in divine punishments.  The world has plenty of consequences for acting like a jerk without needing God butting in.  For example, I bet Debi’s gossiping, judgmental ways have caused her to have far fewer friends than most of her neighbors.  No need for spiders for that cause and effect.)

Early one morning I heard someone beating on my door.  I jumped out of bed and grabbed my jeans off the floor.  You guessed it, I had one leg all the way in and was hopping around trying to shove the other leg in when out popped the biggest hairiest, most terrible looking spider this side of Papua New Guinea.  I fell on my rump kicking and screaming and fighting with those jeans.

Debi would have been farther ahead to have STOMPED on the spider rather than thrashing around on the floor.

I never did find the spider, but I tell you I shut my mouth about my neighbor and have kept it shut.  Furthermore, I gave up on jeans.  They are too hard to get off.

Hmm.  What if the spider is a subconscious projection of her guilt about being so rude?  Maybe the spider exists only in her mind….

Jeans can be tricky to get off in a hurry but they are much safer in a lab or most agricultural settings than a long skirt.  Plus, imagine how hard it would be to get a spider out of a long peasant skirt.

If you continue in the sin of bitterness or speaking badly of a fellow believer, and you don’t have any fear of God doing weird or scary things to you, then you’d better check your relationship with the eternal God.  Chances are you don’t have one….a relationship, that is. He does not let believers continue in sin.

God lets us do as we wish.  That’s the essence of free will.  In Debi’s world, God apparently strikes out at people using arachnids, but Debi still could choose to bash her neighbor.  God didn’t STOP her from doing that.  (And – at the risk of beating a dead horse – SHE’S NEVER STOPPED PICKING AT HER NEIGHBORS.)

“What shall we say then?  Shall we continue in sin, that grace may abound?  God forbid.  How shall we, that are dead to sin, live any longer therein?” (Romans 1:1-2) (sic)

I’m not great at memorizing Bible verses, but I can tell you that that’s NOT Romans 1:1-2 or the first few verses of any of the Epistles.  They start with a greeting like letters often do.  Plus, the verses are obviously referring to a previous idea.  There must have been a typo because it’s Romans 6:1-2.

Equally notable is the fact the verse doesn’t support spiders being used as a tool to punish gossiping women.    I guess you could stretch Exodus 8:16-32 and Exodus 10:1-19 if you wanted to.

AntiPearl:  I love Bob’s Burgers.  Nico and I use the term “wool of the sheep” now because of this insect driven vignette.
(Three cartoon preteens are sitting by a campfire.  The youngest, Louise (9), is reading from a post-apocalyptic survival guidebook.  The oldest, Tina (12), is a member of the “Thundergirls” a wonderfully accurate satire of Girl Scouts. Gene (11)is the girls’ brother. Tina is holding a bunch of pointy sticks as they read about how to build a shelter.)

Louse(reading): “Remember the 30 sticks you’ve sharpened to a deadly point?”
Gene: Yeah.
Louise(reading): “They will now be utilized.”
Tina:  Oh, I thought they were for some kind of skit. Thundergirls do skits around the campfire.
Louise (skeptical and snide):What skit would that possibly be for?
Tina: I don’t know. You should see some of the skits that get produced.
Gene:Look at this part. They say insects can and should be weaponized.
Louise (reading again) “Beware of any organization that rewards members with empty titles or trinkets. These are the wool of the sheep.”
~Bob’s Burgers “A River Runs Through Bob”

April 29, 2015
Quoting Quiverfull: Brothers As Matchmakers Pre Screening Dudes So Dad Doesn't Have To?
Next Post