Part 2 – A Crash Course in Sex, Gender and Sexual Orientation

Part 2 – A Crash Course in Sex, Gender and Sexual Orientation May 2, 2015 Suzanne Titkemeyer 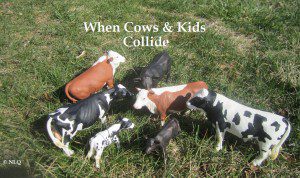 Alrighty.  Let’s start with a quick refresher course from the previous post:

For people who are adults with gender dysphoria, it is unlikely that the CP solution of adhering to strict gender stereotypes will do anything except make the person even more miserable than the standard CP misery.

Since normal childhood experimentation with gender identity is viewed as pathological in CP, a child with gender dysphoria faces an especially hard life.  (Bluntly, I was a tomboy from age 6 to about 14.  I would own one summer dress and one winter dress and wear each about twice a year for major holidays.  My parents were fine with my clothing choices.  God only knows how I would have reacted to being required to wear a dress.  My little brother also had a pink girl’s swimsuit for one summer when he was a toddler.)

Gender is the culturally assigned roles and values that defined as masculine and feminine.  The best examples I’ve seen have been in pre-school kids I saw when being substitute teaching.  In wealthy mostly Caucasian school districts, the little boys didn’t wear the necklaces in the dress-up corner.  In areas that had large Asian or Hispanic populations where adult men frequently wore gold necklaces, the little boys would pile on the necklaces.

Now, CP/QF prides themselves on rigid gender roles.  The tricky bit is that the sub-culture is young enough that some questions are still being hammered out.  Examples:

May 2, 2015
Quoting Quiverfull: What it Means to Be Biblically Submissive?
Next Post

May 3, 2015 Quoting Quiverfull: Judging Your Crush By The Bible?
Recent Comments
9 Comments | Leave a Comment
Browse Our Archives
get the latest from
Nonreligious
Sign up for our newsletter
POPULAR AT PATHEOS Nonreligious
1