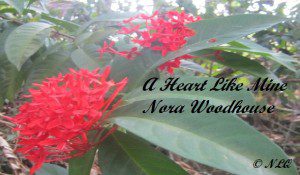 I think I can honestly say- especially since I was raised Evangelical Christian, my anger, maybe even seething rage at the current and past behavior of Jim Bob and Michelle Duggar does not have to do with the fact that they are Christian. I can respect that they have and value a personal relationship with Jesus Christ. What I cannot respect is that they are not behaving in a truly Christ like manner. And I want to specify behavior because this isn’t just parenting mistakes or something that can be blamed on not being perfect- but by the grace of God go they. It’s a behavior and not a mistake when it is a constant or recurring pattern. Though watching them speak in the few clips of their interview with Megyn Kelly; I recognize that this behavior is so tied up in the lens view they have chosen to see the world through. They remind me of Raina in the series Agents of Shield, as both being those who are “true believers”. True believers can be idealistic; they cling to whatever belief they have as being not only part of their ultimate purpose but the belief that it is the ultimate purpose.

So it’s not that I have an issue with those who are Christian. I believe there are those who have found God and created a life that draws strength from that spiritual relationship. That strength of spirit can make them someone of compassion. It can make them spiritual in a way that is grounded and where they are whole in themselves and therefore can engage compassionately with others and they cultivate a spiritual presence that blesses others but has no agenda.They are the ones that laugh at themselves and hold no judgement for themselves or others. I think such individuals are beautiful and all too rare. I have sadly only known a few in my life of the Christian faith that encompass such life and light. I wish that was the standard for what it meant to be a light in the world.

With true believers something else seems to take shape in their faith and belief. We’ve all experienced the feeling of watching a true believers faith coming to fruition. We have seen it played out in the world many times. It’s hard for me to pin point an exact description of what occurs when true belief blooms in their mind because it depends on the individual and their way of thinking. It seems though that all other thought gets shut out or shut down, the true believer is dedicated to a singular truth and anything that falls outside of that is blocked out. Perhaps the most defining element of a true believer archetype is that they don’t ask questions.

I can respect someone who is Christian, but not someone who no longer questions things when it is to their detriment and that of others. When someone adheres to dogmatic religious principles it is not really something that is truly reflective of Jesus. If anything Jesus was the opposite of that; he seemed to believe in teaching spiritual matters in a simple and connective way. For example when the people with more rigid beliefs tried to tell children they were to be seen and not heard -Jesus told them to let the children come to him. He was a grounded compassionate individual willing to connect with those who were seen as lesser- women and children. It’s not Christian or even spiritual anymore when your beliefs harm others. And despite the determined idealism- it cannot be true faith if you are not willing to question it. I remember listening to a radio broadcast of Pastor Greg Lorre; he talked about faith and that it was okay to question and push back against God because God would push back and show you were the boundaries were. And while I don’t like thinking or believing in a God that has just put you in some invisible box and is saying “go ahead test the boundary”; I have taken away something good from what Pastor Lorre said. I feel that at the core of what he said is that if you really believe in God, then you have faith and trust that God knows you well enough to know you have to ask questions. You trust that he knows that you as an individual need to take your own path in finding your faith. The Duggar’s beliefs do not appear to really be grounded in Christ at all. They truly appear to be opposites of Christ; if anything Jim Bob and Michelle are more representative of the Pharisees who practiced faith in a more dogmatic fashion.

Both Jim Bob and Michelle come across as if victimized, as if they do not understand why bad things are happening to them and their beliefs are being attacked. I am beginning to think that it this is not solely for PR purposes but that they might actually believe or feel victimized. They likely believe that they did the best they could. I have seen this with my parents in their own narcissism. They separate themselves from whatever things they have done in the past, as if it were an entirely different persons actions. Therefore they really believe they haven’t done anything wrong, and they disassociate mentally. And with their spiritual beliefs they seem to use that to rationalize and disassociate as well. I’ve heard Vaarsuvius say many times as Jim Bob and Michelle have done “I did the best I could as a parent”. Perhaps like V- they cannot handle seeing themselves as bad, or they both believe from their spiritual perspective that they aren’t and that its the truth.

It’s fine that the Duggar’s are Christians, but I believe they should still act with responsibility- especially because they are Christian. They need to own their behavior and not what they say are quote “mistakes”. I lose all respect for this kind of adherence to beliefs. It can cause me to feel angry and frustrated because I have had it practiced on me, I know the hurt and damage it can cause. This type of adherence means they do not ask questions and have such a thick defense wall that you can’t tell them anything. You are unable to discuss anything, they stick to a script and seem unable or unwilling to stray from it. This is incredibly problematic when there are important issues that affect others, especially children. This is the kind of thing I find infuriating; where they use belief to allow themselves to operate outside of social, moral, and legal standards. The beliefs stem from their interpretations of Christianity. They believe in the one true God and anything outside of that is false. They believe the Bible is infallible, and they believe that they are right. They operate as their beliefs being the only true and correct ones and therefore they alone are right. This gives them some sense of power to then say what is right and what is not, and that it is based on the Bible. That being the only true word of God and it cannot be refuted. This unquestionable sense of rightness creates the basis for it being okay to operate outside of other standards. So Jim Bob and Michelle believe they followed a spiritual standard in how they handled Josh, and that they did it correctly. They therefore probably don’t believe any other kind of moral or legal application was truly necessary.

June 9, 2015 Quoting Quiverfull: Don't Worry About The Children You Already Have, Pop Out More?
Recent Comments
5 Comments | Leave a Comment
Browse Our Archives
get the latest from
No Longer Quivering
Sign up for our newsletter
POPULAR AT PATHEOS Nonreligious
1