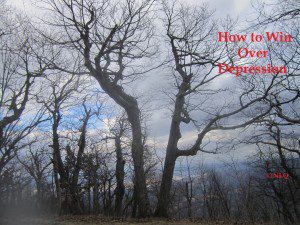 None of that really matters, though, when people like Tim quote from Bill Gothard for five pages and describe him as “phenomenally successful” (141) and “wise” (148). And yes, I mean that Bill Gothard. The man who’s been accused by several dozen women and minors of sexually harassing or sexually assaulting them, the man who is responsible for teachings like “the sin of bitterness is worse than the sin of rape.” Tim raves about him and spends most of this chapter regurgitating information found in Bill’s “basic seminars.”

Another observation: so far, in each of the books I’ve reviewed (with the exception of Zimzum of Love), there comes a part when the white supremacy and classism of many American Christians becomes blindingly apparent. The classism comes screaming out of this chapter:

She always looks her best wherever she goes; she is not overdressed but extremely attractive. She chooses her clothes and accessories with care and and exudes the confidence that always exemplifies a dynamic Christian. (139)

A porter will approach an individual and address him politely and with dignity, whereas he will speak to another with quiet disrespect. Through these contrasting treatments, I have judged that the man who exudes self-confidence and self-acceptance is extended respect by others. You can observe similar episodes in a restaurant as the waiter approaches his customers. (140)

After twenty-five years of dealing with people I do not find that vocational triumphs provide lasting self-acceptance. Instead, many individuals would willingly relinquish the fortune earned during their lifetime if the could reclaim the failure experienced … (143)

There is nothing new about ghettos; we have always had them. They are simply larger today because of our increased population and more conspicuous because of recent national attention. (146)

He connects success and self-confidence to wealth and power over and over again, and because Tim is a financially successful white man, he’s able to ignore the role that economic disparity plays in how people are treated by society.

Example:  a friend an I walked into a West Elm a little while ago, spiffed up a bit for a trip into the city. We walked around the store, looking for something she needed and if were weren’t completely ignored by the staff, we were openly sneered at. A few minutes after we entered, a pair of women walked in who reeked of money. The employees fawned all over them. They walked out without buying anything, while my friend bought what she’d been looking for.

Ordinarily I’m a self-confident person, but it’s extremely difficult for me to portray that when I’m in a place that’s only supposed to be accessed by the wealthy. Recently I was able to score a deal for a super swanky hotel, but checking in made me feel like an imposter. There’s always a part of me that thinks they’re going to know I’m not wealthy, that I don’t belong, and they’re going to call security to throw the riffraff out.

I’d also like to point out that we made the ghettos. They didn’t just appear; they’re not just a normal, if unfortunate, part of our capitalistic society. Our economic policies made them.

This chapter is titled “Depression and Your Self-Image,” and while there are some basic things I could agree with him about the general population (negative self-talk is a thing, and we should learn to stop that), he tries to take things that can be true of mentally healthy people and apply them to people who are struggling with worthlessness and/or intrusive thoughts.

His solution also has a two-fold problem. While he seemingly spends most of this chapter preaching the benefits of incubating a positive self-image and learning self-acceptance, he asserts repeatedly that self-acceptance is only possible through religion. He doesn’t actually want people to love themselves, he wants them to feel validated by his version of Jesus. People who get all their feelings of value, love, and acceptance through their religion are not actually practicing self-acceptance.

This could be extremely dangerous for a depressed person. If they accept Tim’s idea– “I will feel worthwhile and loved if I become a Christian!”– they could very well accept Tim’s version of Christianity, which is extremely focused on deciding who’s “in” and who’s “out.” A depressed person trying to feel validated by their faith could end up with a religion-induced sense of scrupulosity.

The other half of the problem is what Tim teaches about human nature:

[A doctor] went on to explain that during his internship in a mental institution, he found that “ninety-five percent of the patients were there because of religiously induced guilt complexes.”

“Doctor, you couldn’t be more in error,” I [said], “People feel guilty because they are guilty!”

Tim tries to mitigate the damaging effects of this concept by talking about how “forgiveness” is readily available to anyone who asks. Sure, we might be nothing more than waste, but God is oh-so-ready to forgive us for being worthless wretches! And once we’re forgiven, Jesus will love us, and we’ll have the magical ability to pray and imagine our depression away!

This is one of the reasons why I disagree with the idea of Imputed Sin. I’ll have to write a whole post out explaining my reasoning for that, but for today, I think it’s enough to stress that this doctrine is inherently harmful, especially to those of us who struggle with depression or other illnesses that try to convince us that we’re useless and worthless.

Final count of examples involving women: 9 out of 12. He describes several of these women as “frigid” (one because she was married to a verbal abuser, although of course he doesn’t say that), and in one case he says that a woman’s trichotillomania was caused by vanity.

Also, I noticed something interesting in this chapter: when talking about how silly depression is, he almost exclusively uses examples of women, but when he starts talking about what a “godly” and “mature” person looks like, he switches to using exclusively male pronouns. Just … an observation.

June 17, 2015 Quoting Quiverfull: A Child's Questions Are Always Rebellion?
Recent Comments
5 Comments | Leave a Comment
Browse Our Archives
get the latest from
Nonreligious
Sign up for our newsletter
POPULAR AT PATHEOS Nonreligious
1