The Moments My Heart Stopped: Jill and Jessa’s Interviews 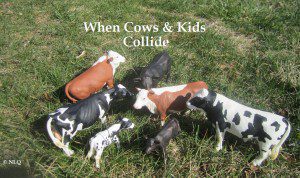 Jill and Jessa’s interview with Megyn Kelly terrified me.

What scared me more were some of the outright lies that Jill and Jessa have internalized:

Internalization One: Josh didn’t molest us.

Jessa: ” But I do want to speak up in his defense against people who are calling him a child molester or a pedophile or a rapist some people are saying. That is so overboard and a lie really. I mean, people will get mad at me for saying that but I’m like I can say this. You know? I was one of the victims, so I can speak out and I can say this and set the record straight here.”

Internalization Two: All the victims were unconscious which makes it not so bad.
Jill: We didn’t even know about it until he went and confessed it to my parents and they shared it with us.
KELLY: Neither of you knew?
Jessa: None of the victims were aware of what happened until Joshua confessed.
Jill: It wasn’t like we were keeping secret afraid or something.

Reality Check: One of the two of you saw the time Josh molested a sibling in the laundry room according to your police report.  You may not have known prior to March 2002 but by March 2003, at least one of you was aware that he was still molesting your siblings.  But, since your parents never got you counseling (according to their interview), I can see why this script is much, much safer for both of you.

Internalization Three  Other people have been abused so much worse.KELLY: You had no memory of it?
Jessa: I didn’t know. I didn’t understand, okay, this is what’s happened until my parents told me. And so I think at that point it was just kind of like, it’s like, you never think like this will happen to me or something.
Jill: Yes. And in our case, you know, it’s very mild compared to what happened to some.
Jessa: I know so many girls —

[From later]
Jill: And I feel for the other families out there. I mean, statistics say two-thirds of families deal with something like that and that’s only the families who are reporting it.

Why do the Duggar family know so many families where sexual abuse occurs?
Why is being molested by your brother “mild”?  It’s not mild. Again, the script is more comforting than the truth.

The statistic is something like 67% of people know of someone who has been sexually abused at some point during their life.  That’s not the same as 67% of families having abuse in them.  Not even close.

Internalization Four:  The year between March 2002-March 2003 never happened.
Kelly: So, you had the family meeting. Did Josh go away right after that?
Jessa: He did pretty soon. At the time I was young so it kind of seems like everything was a whirlwind or whatever.
KELLY: Was there time that you were in house with Josh knowing this prior to him going away?
Jessa: Not really. I think that whenever it was brought to my attention. It wasn’t very long after that Josh went away that I knew.
KELLY: Do you remember the dynamic of being in the house thinking —
Jill: We were sad.
Reality Check: Josh left the house one year after he confessed to molesting Jessa and Jill.  According to the Duggars, they told Jill and Jessa about Josh’s confession in the spring of 2002.  They were in the house with Josh for over a year before he left.

Internalization Five:  My parents put in great safeguards that kept us all safe.
Jill: I was going to say not, you know, being alone. My parents said, okay, we’re not going to do this hide and seek thing where two people go off and hide together and not baby-sitting the girls.
KELLY: At night in your room?
Jill: Locks on the doors, you know, everybody’s in bed, girls in the girls’ room, boys in the boys’ room. And so, yes. And as a mother now, I look back and I think, you know, my parents did such an amazing job. For me, even when we went through the DHS investigation, they complimented my parents on what an amazing job they did through that process. And so, I think not only taking the legal actions that they did and then going the extra mile and I see as a mom I hope that I can set the same safeguards in my family that they did and, you know, reaching the heart of their children. And not only trying to take care of Josh but us girls.

June 10, 2015 Quoting Quiverfull: Defining Marital Abuse?
Recent Comments
39 Comments | Leave a Comment
"Thank you, Suzanne."
Friend Please No Death Threats!
"I grew up in a church where, outside of church study groups, talking about your ..."
Terrie_S Sean Feucht Racist Plague Rat Tour
"Maybe just things in general? There's been a lot of nasty comments around lately."
Sharon Horton Please No Death Threats!
"Who... what... huh?"
WMDKitty -- Survivor Please No Death Threats!
Browse Our Archives
get the latest from
No Longer Quivering
Sign up for our newsletter
POPULAR AT PATHEOS Nonreligious
1