Answer to my Critics: My Childhood Opened My Eyes

Answer to my Critics: My Childhood Opened My Eyes July 25, 2015 Suzanne Titkemeyer 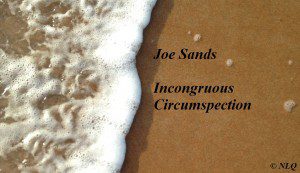 by Joe Sands cross posted from his blog Incongruous Circumspection

Recently, I was accused of only speaking out against Billy Boy G. and his patriarchal ilk because I have a vendetta against my life as a child.  While I do not disagree that half of my childhood was pure torture, I vehemently disagree with that accusation.

Here’s a summing up of my childhood:

When I was seven years old, my parents divorced.  At the time, my mother convinced me, through the most holy word of the god man Billy Boy G., that divorce was pure evil – the cardinal sin of mankind.  The only sin (other than being a woman, women wearing pants, men having long hair, women cropping their hair, women working outside of the home, children being curious, not hitting your child whenever you pleased, not obeying all authorities without question the very first time, not taking the word of your pastor as if it were the word of God, even though the only word of God was supposed to be found in the Bible, questioning the inerrant nature of the Bible, questioning the holiness of the “inspired” canon, being suspicious of the counsel at Trent and other men gatherings, being a feminist, women speaking out in church, farting out loud, listening to rock music, using more than three sheets of toilet paper per bowel movement, answering a phone call without permission, not sharing the gospel to at least five people a day at school, playing sports in school, going to college, women not being homemakers, believing that a doctor was a good thing, immunizing, treating chiropractors with disdain, not accepting all weird eastern alternative “medicinal” therapies without question, while ignoring the obvious contradictions in religious philosophies, reading the words of Ghandi, studying evolution, saying anything bad about Ken Ham, not having a verifiable “biblical” world view, not swearing on a stack of Bibles that you would carry out your given “role” in life, drinking city water that had evil teeth rotting and population controlling fluoride in it, sex outside of government sanctioned marriage, sex for pleasure, masturbation, any sex that deviates from the missionary position, using birth control, desiring money, etc., etc…..sheesh!….seems to me patriarchy has some notion of paranoia) that disqualifies you from serving in a position of authority in the church – provided you’re a man.  A woman is always S.O.L.

The divorce didn’t affect me then.  I hardly knew my dad, something I blame my mother for completely.  She made a point to keep him away from my siblings and I at all times.  Even before she fell in love with Big G. (she told us many times that she wanted to marry the guy, Bill Gothard, once my father died and she was free to marry again) she had a notion that her way was the only righteous way and my father was always wrong.

She disciplined him on a regular basis.  The details, for privacy sake, I will not go into.  She also beat us from the age of…well…we actually had no age when she started,  She started in on my oldest sibling when she was just a small baby.

When the divorce happened, my father tirelessly went to court to gain custody of us.  My mother and our church pastor fought tooth and nail against him.  The state sided with her and my father had to go away empty handed.

She discovered Big G. very soon afterward and soon had us all converted to the “us vs. them” philosophy that kills all freedom and love in a life.

She had always beaten us.  One day, she found a pink pamphlet that taught her how to hit us the “proper” way.  Yes, there must be a proper way to hit a child.  Hitting, alone, isn’t okay at all.  You have to hit, then pray a lot, then hug a bunch, then…well…I can’t think of any more extra-biblical ideas, but these morons and the Swine Beads and Ezz-skimos that came after have built an empire out of beating children by dreaming up this bald faced lie.

She sat us all down that day and read us the entire skinny, four-page piece of trash and then told us all that she had to practice to get it just right.  So, she lined us all up on some soft black couch cushions that were lying on the dining room floor in front of the full-wall bookshelf and lit in to each of us.

Once all seven of us had been fully practiced on, that was the last time she ever hugged us after a beating.  After that, everything was fair game.  With a hardwood, boar-bristle brush, beating us on the head, back, shoulders, legs, bare bottom, six times, then eighteen, then thirty six, then it doesn’t matter anymore because you lost count and it just hurt like hell.  She made my sister eat dish soap and toilet paper on a regular basis because she was a poor eater.  She kicked, slapped, bit, made us lay on our face on the floor for hours, forced us to stand in a corner for hours, even days.  Sleep deprivation was the norm.  Forced Bible readings for hours, sometimes days. Rubbing and massaging her legs and feet was my own personal punishment.

All of this in the name of love and obedience to god-given authority.  Yes, small ‘g’.

Now, you know why I speak out?

I learned from my childhood.  It was harsh and I ignored it for years.  Tried to push it away with humor.  But I can’t do it anymore.  Not because I care about me, as a victim.  I don’t give a rat’s rear end about myself.  I care about my wife and kids, the kids and young adults (even old ones) that are forcefully involved in this controlled and evil lifestyle, and those who are in it and yet have questions of what the hell they are supposed to believe in.

And now the kicker.  I don’t care at all for those that are inflicting the pain, the spiritual, physical, and emotional abuse on the least of these.  Sure, I want them to change, but I’ve met them.  I’ve hung with them.   Patriarchy breeds the most prideful, arrogant, pompous, self-righteous, pharisaical, holes of arses I have ever met.  God can deal with them.  Others who care more can deal with them.  But I will not.

I will follow Christ’s words to do what is right to the least of these.   I am at peace and yet yearn for the freedom of controlled souls who have not tasted true freedom in Christ.  Or even, freedom at all.  Freedom without Christ is better than the prison these hurting souls find themselves in.

Maybe not sufficient, but I don’t care.  Don’t cheapen my message, if that is what this is.

July 26, 2015 Quoting Quiverfull: Telling Someone Else To Cover Up?
Recent Comments
3 Comments | Leave a Comment
"This is late, partly bc of my preoccupation and partly bc I'd been slowly reading ..."
Jennifer Serena’s Serenity – Luxury Hotel, Birthing ..."
"Thank you for your commitment to truth and love, Suzanne. Best wishes to you and ..."
Meredith Anne Not a Goodbye, More of a ..."
"For your sake, I am so glad you will no longer be editing and managing ..."
Lana Not a Goodbye, More of a ..."
"For what it's worth, I've learned a lot from you about a Very Creepy movement ..."
Griff Pryce Not a Goodbye, More of a ..."
Browse Our Archives
get the latest from
Nonreligious
Sign up for our newsletter
POPULAR AT PATHEOS Nonreligious
1