Ben Seewald Figures Out What To Do Post ’19 Kids & Counting’ 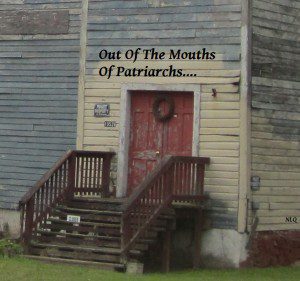 Apparently Ben Seewald is working towards his goal of being a pastor. That’s according to Radar Online. After the cancellation of the Duggar family television show “19 Kids & Counting” it’s good to see at least one person contemplating what to do for a living. The Inquistr had this to say about Ben’s actions on social media and preaching on YouTube

While Jessa plays homemaker, it looks like Ben Seewald is busy angling for his own talk show on one of the Christian TV networks. According to RadarOnline, Ben has revealed that he wants to be a minister. He doesn’t have a congregation to lord over just yet, so he’s been using social media to practice his preaching skills. In a series of YouTube videos, he answers questions like “Why do we give thanks before eating?” and “How can you prove to me that God exists?”

In his latest video, Jessa’s hubby tackles this toughie: “Is there a wrong way to pray?” Below you can watch Ben Seewald and missionary Joel Tiegreen discuss what the Bible says about praying properly. It sounds like the Duggars were making a big mistake by praying on TV all those years, and Ben also points out that people shouldn’t pray for selfish things (like their own reality TV shows).

Here’s Ben talking about praying wrong? “What’s up, Y’all”? Is that really a good way to start a formal discussion?

Ben also did some Mormon-bashing in another video.

From viewing many of the videos I’d say Ben has quite a ways to go before he’s going to be an accomplished speaker or even a pastor. But at least he’s looking to the future, which is more than I can say some of his in-laws are.

According to different sites both Josh Duggar and Jim Bob Duggar have filed LLCs with the state of Arkansas to be online payment processors. Josh’s is ‘Fivestone Group LLC’ and Jim Bob’s is named ‘Duggar Processing LLC’ I guess they have figured out by the shade thrown at them in Tontitown by other citizens that it is likely not going to be a success if they go back to real estate sales and used car dealerships, both of which rely on a good reputation. Some anonymous online payment processing company might be the way to go. At least it will keep the Duggarnaut rolling and the littlest Duggars fed.

July 27, 2015
Are Celebrity Christians Above The Law?
Next Post

July 27, 2015 Quoting Quiverfull: Girls Wearing What They Want Are Sinning Against Jesus?
Recent Comments
46 Comments | Leave a Comment
Browse Our Archives
get the latest from
Nonreligious
Sign up for our newsletter
POPULAR AT PATHEOS Nonreligious
1