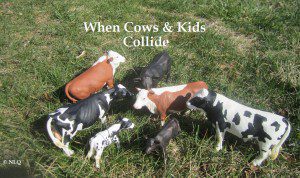 This chapter of The New Answers Book 4 (TNA4) edited by Ken Ham is one of the better written chapters in the whole series.  Written by Dr. John Whitmore, the chapter is a rare example of YEC literature that is readable by a scientist.

Look at what a tiny fraction of all records the “living fossils” make up!

The problem is that for my math to be off by a power of ten, I have to assume that ALL of the genera that have ever existed have fossilized, the fossils have been recovered and all of those fossils have been entered in the database.    Scientists currently think we have 300,000 species of plants.  The database pulled ~7,600 plant fossils.

I feel pretty comfortable with my original numbers.