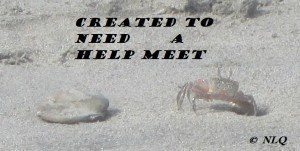 We are still talking about Visionaries. In fact, today we are talking about idle Visionaries. And King David! The weird thing is, Michael never says David was a Visionary. I keep thinking of what I know about his story, and I would categorize him more as a Command man, if I had to choose. Maybe a bit of steady thrown in, but not really a Visionary. But let’s see where Michael goes with this.

Dawdling David
We receive hundreds of letters from wives whose husbands are living in sin due to their idleness. Otherwise good men are drawn away by their own lust when they “hang out” all day. Consider King David, a man after God’s own heart, who “tarried” at home in a time when he should have been engaged in  a battle with his men.

1) And it came to pass, after the year was expired, at the time when kings go forth to battle, that David sent Joab, and his servants with him, and all Israel; and they destroyed the children of Ammon, and besieged Rabbah. But David tarried still at Jerusalem.

2) And it came to pass in an eveningtide, that David arose from off his bed, and walked upon the roof of the king’s house: and from the roof he saw a woman washing herself; and the woman was very beautiful to look upon.
3) And David sent and enquired after the woman. And one said, Is this not Bathsheba, a daughter of the Eliam, the wife or Uriah the Hittie?

The text includes all the elements that lead to David’s sin. Note the salient points:

* It was the time of day when kings go forth to battle. David was neglecting his duty.

* But this king tarried still at Jerusalem. He intended to go, but just hadn’t left yet.

*David is lying on his bed late in the day. Must have stayed up too late.

*He rises up and idles himself on his roof patio-taking in the view.

*He turns on his wide-screen and views a beautiful woman taking a bath. That cures his boredom.

*He wants more of her so he enquires further.

The emphasis was Michael’s.  It seems like, once again, Michael reads the Bible, and picks up whatever he wants from it.  So I’m going to play this game, too.

First off, the Bible says nowhere about David neglecting his duty. Maybe he was just finishing up some king stuff like signing petitions?

Next, David is lying on his bed late in the day (He must have stayed up late!). Perhaps David took a nap. Because being a king can be stressful, I’m sure. He had a war on his hands, and he still had to deal with the at-home concerns. He could have had insomnia and slept when he could.

David goes to the roof. It’s his roof! Maybe he goes up there to clear his head. I think what Michael is forgetting is that this guy was. the. king. There was always stuff on his mind, always people around to ask him for/about things. Perhaps the roof in the evening was the only place he could get some alone time? Michael is making the whole thing sound like David deliberately procrastinated going to war to get some action at home. And I really don’t think that was the case.

The rest of the story is recorded in 2 Samuel 11, and it is reenacted every day by men whose first error is the same as David’s. At the time when men should be out to work, they tarry at home and, rising up from their beds, view beautiful women and enquire further, leading to terrible sin that reflects back upon their children. God presided over the death of David’s child in judgment on his sin.

Then Michael says something so callous, I can’t get over it. “God presided over the death of David’s child in judgement on his sin.” I don’t know if the Bible says that, or if that’s a conclusion Bible scholars draw from this. But why would anyone want to believe in a God so petty, he kills children outright for their parents sins?? And the thing that’s bugging me most right now is that Michael still never says outright that he’s talking about porn! In the beginning of the book, he talked about being forthright and blunt. Where is that? If you’re going to spoon-feed us the David story, at least take that same consideration with your points! Gaaaah. I’m so irritated right now.

“Idleness is the devil’s workshop.” Not a Bible quote, but it is a Bible truth. David was not idle all the time, just at that moment in his life. But it was enough to cause him to spend the rest of his life repenting of that one sin, and the price was paid over and over again in blood and degradation upon his family.

Many of the Psalms of David reflect his lifelong penitence

1) Have mercy upon me, O God, according to they lovingkindness: according unto the multitude of they tender mercies, blot out my transgressions.

2) Wash me thoroughly from mine iniquity, and cleanse me from my sin.

3) For I acknowledge my transgressions: and my sin is ever before me.

It’s true that people can get into trouble (any kind, not just sexual) when they are bored or idle. But what I don’t get is that Michael admits David wasn’t idle all of the time. And idleness isn’t always bad. There is nothing wrong with relaxing -however you like to relax-after you’ve completed a project, or had a stressful day. Also, how is one supposed to tell when idleness will lead to bad consequences? Hindsight may be 20/20, but it’s a lot harder to figure out consequences while you’re acting (or lazing, depending on the day).

Oh, and David’s lamentations? They sound just like any other sinner for any other sin. In fact, I’ve said very similar things during repentance, as I’m sure most Christians have. And isn’t that the point of repentance/forgiveness? That you don’t have to spend the rest of your life washed in shame for an action? At least that’s what we were taught as Mormons. You repent (truly), and God “remembers your sin no more”.

Idleness is not exclusive to Visionaries. Any man can become discouraged or lose his vision and idle himself at home. The Visionary is just more volatile and prone to mood swings. He has high hopes and expects great things of himself; and , let’s face it, most Visionaries never do anything notable. The world does not provide that many opportunities  You must learn to enjoy the little things like repairing the lawn mower or improving on the outdoor grill.

It’s true. Everyone can be idle. But what Michael keeps missing is that sometimes it’s OK. There is no prize for being constantly working on something (except possible burn out). Even God rested after creating the earth. I think it’s interesting Michael doesn’t emphasize the difference between occasional idleness (like, apparently, David’s), and loafing about while your family lives in poverty. I think it’s an important distinction, and it’s too bad Michael misses it.

I don’t think there is anything wrong with having high hopes and expecting a lot from yourself. Maybe that’s because I’m a Visionary? But it is good advice to learn to enjoy the little things. Not just for Visionaries.

A Visionary, like all three types, must learn that life is not given to greatness; rather it is great when we live in fellowship with God and family and “rejoice in his labour; this is the gift of God (Eccl 5:19)”. We can take ourselves too seriously, and miss the everyday goodness of wife and kids and trimming the hedges.

I have a good bit of Visionary in me, and Deb can tell you that I have had many “brilliant” ideas over the years. In my imagination I have done notable things, but 99% of all my dreams are unfulfilled. I have said it a thousand times, “In another life I would…maybe in the Millennium I will…If I could live to be a thousand years old I would…” We must not allow our pride to condemn us for failing short of glory goals. It is a full day’s work just keeping food on the table and paying for the place where the table sits. Reach for the stars in your spare time, but don’t neglect that which is within reach-your dear help meet and the kids that so need an honorable daddy investing in them like they were each worth a billion dollars.

Provide for your family first, then pursue your dreams as time and money allow.

This is great advice! In fact, I would venture this is the best advice he’s given so far. Love you wife, love your kids; do what you need to, but put your family first. He should just end the chapter here.

But he doesn’t. Next time, we get to talk about what Michael thinks every Visionary should know.

September 8, 2015 Quoting Quiverfull: Control Your Thoughts and Get a Crown?
Recent Comments
6 Comments | Leave a Comment
Browse Our Archives
Follow Us!