NLQ Question of the Week: Why Do Evangelical Christians Think It’s Okay To Break The Law?

NLQ Question of the Week: Why Do Evangelical Christians Think It’s Okay To Break The Law? September 10, 2015 Suzanne Titkemeyer 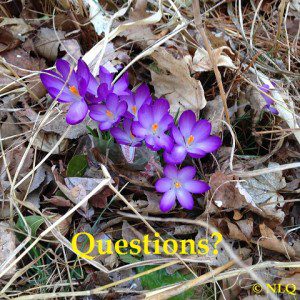 I’m sure by now that everyone at NLQ has seen the roiling circus coming out of Kentucky involving country clerk and fundamentalist Christian Kim Davis. Davis refused to issue marriage licenses for same sex marriages even if the highest court in the land ruled that same sex marriage was now legal in all fifty states of the union.  This has caused one crazy media frenzy before Davis was jailed for defying the orders of the court. A few days ago she was released and professional Christians/politicians Ted Cruz and Duggar supporter and Presidential candidate Mike Huckabee horned in on the publicity by accompanying Ms. Davis out of prison. There was a cheering crowd with confederate flags and homophobic signs outside to cheer her on.  Huckabee’s people physically blocked Cruz from getting anywhere near the microphone and speaking. That’s some pretty awful personal behaviors by people claiming to follow Christ.

One of the conditions of Davis release was that she not prevent the issuance of same sex marriage licenses, which she’s publicly stated she will continue to block. Huckabee went so far as to claim if she was jailed again he would take her place, not understanding that’s not how criminal justice works at all. This isn’t the freaking ‘Hunger Games’ where someone else can take your place in tribute.

They all seem all too eager to publicly martyrbate. Should not they just simply do the job that the voters elected them to do instead of dragging religion into it? More here

Which leads to my question. Why do Evangelical Christians in America think it’s alright to break laws that do not line up with their narrow interpretations of the Bible? Why do they feel entitled to force their personal religious beliefs on everyone else, breaking the rules that our nation was founded on of separation of church and state?

Here’s an interesting take on the situation by someone named Price on Facebook late last night:

Conservatives insist that there is a “war on Christianity.” The truth is that Christians are waging war on America. Their effort to undermine the constitutional protections against religious tyranny spelled out so eloquently in the First Amendment is, at best, a genuinely stupid idea. At worst, it is treason. Abandoning the rule of law under the Constitution and replacing it with Christianity would, of course, completely destroy our country. If you think that is an overly dramatic statement, ask yourself what these Christian imbeciles would do if they had the authority to declare Christianity the national religion and fashion our laws after their personal religious beliefs.

We don’t have to guess what they would do. We’ve seen what happened in Kentucky when one individual Christian decided that her interpretation of the Bible entitled her to overrule the Supreme Court of The United States all by herself. Now, in Williamson County, TX, the County Commissioners are interviewing applicants for jobs in the Constable’s office by asking about their views on same-sex marriage, abortion, and religion. They are apparently hiring only people who are Baptists and who are opposed to same-sex marriage and abortion. How does a person grow up in this country without learning how wrong that is? How does a person profess love for America while holding such blatantly un-American ideas?
In Kentucky they tried to countermand the rule of law by insisting that their religious beliefs have more authority over the laws of our nation than the Supreme Court does, and that Christianity is the one and only true arbiter of right and wrong in America. This is exactly what they would do if they had the authority to twist our laws to suit their childish philosophy. They would turn this country into an authoritarian police state that dictates what we can and cannot believe just like the Ayatollahs in Iran do. If you think it can’t happen here, you haven’t been paying attention.
These right-wing Christian conservatives always boast their love and loyalty for America and its Constitution as though the only truly patriotic American is a Christian American. Nothing could be further from the truth. They do not love America at all. They don’t even understand what America is. They think America is a Christian nation that has been taken over by godless heathens when exactly the opposite is true. America is a secular nation established with a decidedly secular government that is being taken over by right wing Christians who don’t give a shit about the real America.
The truth is they hate America. They hate its diversity and its philosophical acceptance of all creeds and cultures, and they hate the Constitution for explicitly forbidding them from codifying their narrow belief system into law. What they love is their own distorted vision of America as a Christian nation. They love an America that does not exist. That America has never existed anywhere outside of their delusional religious fantasies.
They hate our system of government. They constantly express their contempt for it. They pledge their loyalty to foreign leaders like Netanyahu while expressing disgust and distrust for their fellow Americans. They oppose any progress and they make no plans for the future because Jesus is coming and He will fix everything. They hate our President, they hate our traditions, our history, and our freedom to decide for ourselves which god, if any, to worship. There is so much that Christians obviously hate about America that I really can’t imagine what they are talking about when they say they love their country. I think it’s pretty obvious that they do not. If they did, they wouldn’t keep trying to rewrite the Constitution, and they wouldn’t treat their fellow Americans like shit just because they don’t worship the same way Christians do.
Most of all, they hate the separation of church and state. It is one of our most important and unique founding principles, and right wing Christians despise it. More than anything else, the wall of separation between church and state defined America’s sense of inclusion, freedom, and fairness in a way that set us apart from the rest of the world. If there is any validity in the concept of American Exceptionalism, it lies in this one bold idea. The separation concept has contributed as much, if not more, to America’s success than any other single idea. Right wing Christians will never understand why the founders established the wall of separation because they see it as a rejection of God’s will. That is how people think when they arrogantly presume that they alone know the truth, and that they are the only true path to salvation in the hereafter. Anyone who believes that Christians have a monopoly on the truth is dangerously stupid, and should be institutionalized immediately.
Conservative Christians accuse Americans of waging war on Christianity because blaming others for their own shortcomings is what Christians do. They never take responsibility for their own sins because, according to their belief system, they don’t have to. Their imaginary friend already did that for them. They don’t have to be good or kind or charitable. They can be the most evil, destructive force on the planet and all they have to do is repent before they die. A lazier, more morally bankrupt belief system I cannot imagine.
There is no war on Christianity, but there damn well should be. It is they who wage war on us, and we should join the battle to defend ourselves before it’s too late. They are crusading for “God’s law” to overthrow the Constitution of the United States of America, and if that isn’t treason I don’t know what is.

September 11, 2015 Quoting Quiverfull: Women Cannot Have Male Doctors and Be Modest?
Recent Comments
34 Comments | Leave a Comment
Browse Our Archives
get the latest from
Nonreligious
Sign up for our newsletter
POPULAR AT PATHEOS Nonreligious
1