Human beings are not omnipotent creatures, and children are definitely not invulnerable. When properly honored and taught to the child, appropriate vulnerability teaches and prepares the child to be appropriately intimate in relationships in their adult life. To achieve emotional intimacy in a healthy way, a person must be emotionally honest with their close friends and in love relationships through limited vulnerability which allows them to connect to others.

An excellent resource concerning Boundaries is the Christian book of that title by Townsend and Cloud whose topical video clips are featured HERE online.
The Extremes Created by a Poor Sense of Vulnerability
As we will note in all of the characteristics of children that parents must honor, in dysfunctional homes, children tend to develop the same kinds of boundaries both modeled and taught directly to children by parents. Problems tend to develop when children fall to one extreme reaction or the other, or an ineffective mix between the two, wherein the child learns only partially effective boundaries. As one only protects what is worthwhile protecting, boundaries can be closely tied to self-worth.
The child who learns ineffective boundaries becomes too vulnerable because the parent fails to teach the child self protection. The parent may overprotect this child, objectifying them by viewing them as incapable of any discernment of their own, or they just fail to protect them altogether. The child never learns where they begin and end, and they walk into dangerous situations with no awareness of the threat of harm. Some children are taught to place implicit trust in any adult and authority figures, and in religious groups that follow patriarchy, girls are taught to obey all men without qualification. Likewise, some Christian groups teach that adults and children alike have no personal rights, viewing any suffering that comes because of lack of boundaries to be an opportunity to develop character through disappointment. These children learn passivity, or they follow passivity to avoid punishment by the parent who will tolerate no assertiveness.
The exaggerated alternative results in a child who does not set boundaries but establishes walls and thus avoids vulnerability by feigning invulnerability. They’re too fearful to be vulnerable, and the cost of their safety comes at the forfeiting of emotional intimacy. They may start to develop friendships but will retreat in withdrawal.

inappropriate, allowing others too far in to their inner world, if they have any internal boundaries at all.  When any child has not been trained to respect others or basic rules of appropriate social behavior, they may violate the boundaries of others without realizing it, merely out of ignorance.   Their self-centered perspective may be the only indicator of appropriate behavior because they have not been taught to anticipate or be sensitive to the needs of others.

In the child who demonstrates too much invulnerability, they will either withdrawal from interaction all together (their created internal boundary) through antisocial personality traits, or they may exaggerate their behavior, willfully ignoring the boundaries of others by in order to feel powerful.  They claim everything (including other people) as within their own boundaries by setting no boundaries on their own behavior.
In the collapsed response, the child lets anyone and everyone take advantage of them. In the invulnerable, the child does not allow anyone to get close enough to take advantage of them, and they may be well-known for always saying “No.” Another way an external boundary can be violated presents when adults do not permit the child to own their own perceptions and experiences. If a parent does not like a particular emotion, they may punish a child for it, teaching the child that they cannot know themselves or their experience. The child is required to allow that parent in through their external boundary, exchanging their reality for that of the parent.
Vunerability Issues in Adults 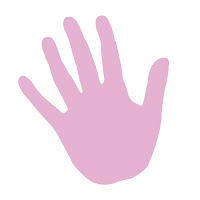 In a healthy adult relationships, boundaries establish what we will and will not tolerate. For adults who grew up in very dysfunctional homes and didn’t learn appropriate boundaries, this dynamic element of hard work within a relationship fails.
Those who are too vulnerable fail to establish any kind of boundary, and they let anyone have access to any area of their lives. Or they may have a difficult time establishing boundaries through assertive expression of their wants and needs, the type of person who struggles with saying “No.” Sometimes, these individuals can declare boundaries to others, but cannot motivate themselves to defend their established new boundaries. These are not boundaries at all but are merely “nice ideas” when they are not defended.

nature of the relationship, and this may create behavioral problems and may violate appropriate social rules. It also sets the adult up for disappointment through unmet expectations and confusion.

Some individuals may also have only partially ineffective boundaries, and in one area of life, they may be able to clearly establish what they will and will not tolerate in a relationship. But when dealing with a certain situation or a particular type of person (such as a woman raised in an extremely patriarchal system of gender hierarchy, she may find herself completely unable to establish a boundary or may have been taught that a woman must submit to the demands of men. Authority figures also pose great difficulty for the person who tends toward collapsed responses because it is human nature to tend to comply with authority.
As noted earlier, the invulnerable type of person tends to withdrawal from social interaction and may cope through an anti-social personalty. They may have erratic relationships, vacillating between the development of friendship, only to abruptly retreat in response to perceived threat. They have the opposite type of presentation concerning their problems with intimacy, but both types of manifestations prevent healthy intimacy.
The invulnerable person can also develop ineffective coping mechanisms leading to the abuse and exploitation of others by violating their boundaries through an exaggerated response, motivated by manipulative behaviors and poorly controlled negative emotion, the extroverted expression of lack of respect. These are the classic abused people who go on to repeat the same type of abuse as their abuser modeled for them.
One might think that the person with excessively collapsed boundaries is more vulnerable to manipulation, but because the invulnerable type of person who hides behind walls craves intimacy and attachment, this basic human need can also be exploited, making this person just as vulnerable to the right influences.
Self Awareness and Self Regulation 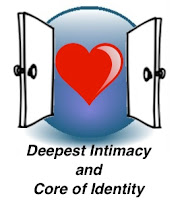 Many adults who grew up in dysfunctional families of origin struggle with knowing themselves because they were never permitted to own their own experiences and feelings, constrained to feel only that which was set for them by someone else. 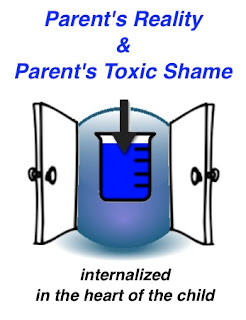 Because their boundaries were never respected or because the parent fails to realize that the child is not an adult with the capability of setting limits, the adult who uses their child as a companion or requires the child to be someone that they’re not overrides that child’s sense of self. The interaction is too intimate and interferes with the child’s development of a sense of self.

The child has no choice and does not even realize that the relationship is emotionally inappropriate or damaging to them.  (An adult can set limits and protect their sense of self when overwhelmed by another, but the child is obligated to absorb the parent’s reality because of their dependence on the adult to protect and provide for them.)

Instead of awareness of self, the child’s inner world must be negated (their heart denied) in favor of the adult’s experience, wants, and needs.
These adults struggle with finding satisfying vocations, pastimes and relationships because they are unaware of their feelings and emotions and do not have much awareness of their true strengths and weaknesses. They were not encouraged to make their own decisions regarding their life choices and were required to sign the right to direct their lives over to someone else or some religious system. When they work on recovery, learning self awareness and experiencing  the liberty of choice can be a very difficult, anxiety-producing challenge.
Erratic patterns in relationships are common in people who suffer from complex PTSD, both craving attachment and fearing it and feeling unable to modulate their own behavior. So in the person with patterns built around long-standing trauma, they may have a very complex mix of incomplete boundaries, varying from the extremes of walls to the enmeshed type of unhealthy attachment found in the person with little to no boundaries at all.
Part 1 | Part 2 | Part 3
~~~~~~~~~~~~~