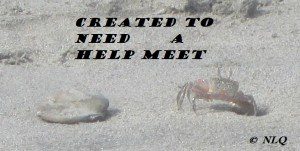 We are still in the sections where Michael talks about the downside of being a Mr. Steady. Today we are discussing the biggest sin Mr. Steady makes. Here’s a hint: It’s being Steady in any way except for working to support or “teach” his family.

Some Steady Men who lack a vision, and therefore lack motivation, will eat too much, sleep too much, and watch too many movies or play questionable video games when they should be with their families. Many Steady Men are known to cross out their humanity on their Xbox. Basically, they will take their ease more than they ought. Through video games and media of all kinds, the lounging Steady Man will open the door of his home to devils who then steal the souls of his children and erode his marriage until the family is more a type of hell than of heavenly love.

It is true, there are people that eat, sleep, watch TV, or do other things to excess. I have to admit I’m prone to that (and I don’t consider myself Steady). They might even cause some stress in the house/marriage. But to claim (again) that anything but family time will kill, corrupt, or maim the children, is pure scare tactics. Yes, it is unhealthy to take anything to the extremes. But I think it would be more important to explain how to stop doing whatever it is (quite so often).

Also, I feel like I need to add, what makes Michael the judge of when things are “too much.” What is “too much” for one person is exactly the right amount to keep somebody else sane. And there is nothing wrong with leisure time. In fact, I would argue that jumping right from work to homelife to work without any breaks or leisure time would be a recipe for burnout.

The withdrawn Steady Man will sit on the sidelines condemning but doing nothing while socialists take over the country, the preacher dabbles in false doctrine, his wife develops a deep relationship with a dominant woman, and his kids spend time with their lascivious neighbours.

Wow. I read the first paragraph and was a bit taken aback. But I was completely stymied by this paragraph. If I’m reading this correctly, too much leisure time will cause un-Godly men to take over, churches to start spouting false doctrine (and what does Michael consider false? I’ve spotted at least 12 Biblical fallacies since starting to read this book). Wives to either turn into dominant women or have a fling with a dominant woman (I’m not quite sure), and kids hang out with scandalous next-doors.

That is quite a lot of threats for a few paragraphs. Holy cow. I can’t imagine counseling anybody by simply threats. I talk a lot about my foster kids (and boy howdy, I’ve made mistakes with them!), but I don’t try to control them with threats. I tell them the rules, and give them reasons why their behaviour is unhealthy or unacceptable. If I did nothing but threaten, I would be completely burnt out, instead of just needing a little break.

One last thing. It is perfectly acceptable to not feel personally responsible for the country or church. Just because somebody doesn’t “speak up” doesn’t mean they don’t care. They just may feel overwhelmed or apathetic.

If that characterization fits you in some measure, then it is understandable why your wife is pushy and demanding. She shes the family in danger of manslaughter and you sit like a frog on a log trying to decide whether you should jump or go back to sleep. You would rather keep your nice guy handle than suffer the emotional trauma of standing up for country,community, or even family.

Well, at least this is a change from blaming the woman. But, once again, I feel I have to say: YOU ARE NOT RESPONSIBLE FOR HOW ANYBODY ELSE BUT YOURSELF BEHAVES.

Though my husband is often indecisive, and sometimes I tell him that he is too afraid of not being the “nice guy” to properly deal with the kids. But I don’t blame my yelling or anger on him. And for Michael to tell people that it’s one person’s personal responsibility to fix country, church, wife, and kids is a bit destructive.

God tells us whom we favors and why. Abraham was a man highly favored of God because he was active teaching and leading his children. “For I know him, that he will command his children and his household after him, and they shall keep the way of the LORD, to do justice judgement; that the Lord may bring upon Abraham that which he hath spoken of him (Genesis 18:19)”

I’m wondering about the other people God has favoured (Jesus, Peter, Elijah, Elisha, etc) who didn’t have children or households. In fact, Jesus was rather famous for his nomadic lifestyle. I was taught that God looks on the heart and calls people that are qualified, regardless of situation. Moses could barely speak in public, yet he was called to lead the Jews out of Egypt. There is nowhere in the Bible that says the only way to win God’s favour (if that is your motivating factor) is to get married, have kids, and be a spokesperson for the Conservative Right.

There are many different types of people, and many ways to praise whatever God you believe in. If you choose to believe in any. Whatever works. One-size-fits-all doesn’t work in clothes, nor does it work in life. Also, it confuses me how a portion of Christianity that shuns “the world” (and all it’s evils), feels the need to influence politics. Wouldn’t it make more sense for them to form their own, isolated communities, kind of like the Amish?

Abraham was called “A friend of God.” As a Steady Man, you have more friends than the other two images, but make sure you are a friend of God.

I’m trying to figure out how Mr. Undecided Frog that brings destruction on his family has a ton of friends. Maybe because he’s a “nice guy” that doesn’t upset anyone? I’m not sure.

To be a whole person, well rounded, sometimes we must get out of our comfort zone and act in ways that are not natural to our types. The Command Man must slow down and show a priestly side when it is called for. The Visionary must set aside his drive to do great things and work like a Steady Man. And the Steady Man must rouse himself to command his family and children and adopt a vision of something greater than peace through pacification. There will be many times in your life when you will need to make a splash, offending many, and throwing caution to the wind. To do nothing or to delay action is often the most damning of all sins.

It is a valid point, that sometimes life is uncomfortable, and takes us out of our comfort zone. Though I’m completely disagreeing that in order to be a good man, someone must “command his family and children.” Commanding does not equal greatness, automatically. And I think it is perfectly acceptable to have “peace through pacification”. I’m emotionally volatile, and my husband is very zen. Like he’s raised his voice 3 times since we’ve been married. He is very pacific, and it is really useful in helping to calm me down. If he doesn’t escalate with me, I’m much more inclined to see that my behaviour is not helping, or acceptable.

I’m just not impressed with Michael this section. It’s really interesting to see how Michael views the type that he doesn’t consider himself. It seems his whole rhetoric is “Be more like the Command and Visionary.” But when you look at the traits of a steady: non-promoting, consistent, patient, peaceful, I would be OK with saying I think Michael needs to try to emulate that, instead of preaching “Commanding=Successful.”

But I’m a domineering woman, so what do I know?

Next post, we’ll talk about how dominant mothers screw up their kids. Ooooh boy.

October 26, 2015
Quoting Quiverfull: Is Your Child 'Spiritually Constipated'?
Next Post