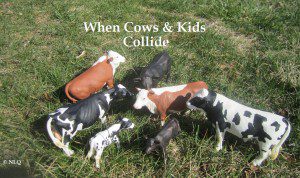 The quality of staffing in inpatient treatment varies greatly.  The American Psychological Association noted that getting qualified staff in substance abuse treatment facilities is difficult due to low pay and weak educational opportunities for employees (pg. 16).  The implied educational criteria is that there are multiple layers of professionals with advanced degrees – doctoral, master’s and bachelor’s degrees in psychology or medical degrees in psychiatry – with paraprofessionals with less education being overseen and trained by people with advanced degrees (pgs. 16-17).

Compare those ideas with the listed staff for the RU Schools of Discipleship; a school that treats potentially life-threatening disorders such as heroin addiction and eating disorders like anorexia.

He’s a highly educated individual within the unaccredited Baptist college world.  Unfortunately, that’s not enough to run an inpatient program.
Steve Currington:
His credentials are moot; he died in 2010 of a heart attack.  I find it strange that he’s still listed on their staff page.
There are six people listed who sound like administrators for day to day operations at the Schools of Discipleship houses.  The men’s program can have 55 inpatients while the women’s program can have 80 patients.
Donnie Barnes:
Hannah Barnes:
Dale Akin:
Shirley Rawlings:
Sheridan Powell:
Charles Rodberg:
Things that concern me:
We haven’t even gotten to the really shady stuff, though.
Part 1 | Part 2
~~~~~~~~~~~

November 29, 2015 Answering 'Preparing To Be A Help Meet' - Cultivating Thankfulness in Yourself?
Recent Comments
17 Comments | Leave a Comment
Browse Our Archives
get the latest from
Nonreligious
Sign up for our newsletter
POPULAR AT PATHEOS Nonreligious
1