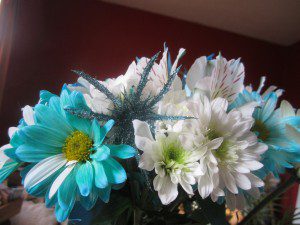 It’s a New Year and with the New Year there are always changes. We have a few changes happening in 2016.

Last New Year I started to shift the focus of the site to the mothers and older women leaving the Quiverfull moment, and stopped publishing as many pieces by the second generation young adults. This was for several reasons, but the decision was mostly because there wasn’t a need to keep featuring the young adults here. When Vyckie Garrison started No Longer Quivering there was no place for the young adults and teenagers that had been raised in the quiverfull movement to go. They were an integral part of the early version of NLQ.

But as time has gone on many of those young writers have gone to the many newly created communities arising around the special concerns of the second generation, such as Homeschoolers Anonymous.

Many of the young writers that Vyckie Garrison launched through NLQ, example Libby Anne, have gone on to their own success and it seemed redundant to keep posting their pieces from another Patheos blog. They are involved in their own subjects that don’t always gel with what we’re trying to accomplish here at NLQ.

Over 2015 along with no longer using the second generation written pieces as much I also phased out a lot of that, disabling author pages and gradually removing the archive and stories of many of the second generation who’ve moved on to other communities. So now if you want to read the writings of these authors you’ll need to bookmark their original pages. All posts by Homeschoolers Anonymous, Libby Anne and select others from 2009 have been removed.

It’s also become obvious that the need for healing and the ways that healing manifests is markedly different in both groups. NLQ wasn’t able to properly serve the need for healing of the core audience of those leaving quiverfull as first generation adults while trying to incorporate the unique needs of the young. The main goal of NLQ is towards healing. We plan on continuing our focus on healing while recognizing that we cannot meet the needs of the second generation. Everyone deserves a space they feel is safe and inclusive towards helping with their healing journey.

Groups do change and grow as needs shift. That’s actually very healthy to keep changing and moving forward for the good of everyone’s journey of healing. We wish those in other groups success in their journeys.

I’d like to talk a moment about the future of NLQ. We would love to have new writers come on board and join our Spiritual Abuse Survivor Blogs Network. If you think you might be interested in writing for NLQ, and you feel you have something useful to say to the recovery community at NLQ please take a look at our page about the SASBN and contact me at suzanne.calulu@gmail.com.

If you do contact wanting to write for us please be advised that my email backlog is massive right now due to the fact that since the day after Thanksgiving I’ve been dealing with extreme problems in my right hand that have landed me in the hospital several times and left me without the use of about half the fingers of my right hand. I do plan on answering all emails eventually but for now I’ve had to press my husband and others into service to update NLQ daily. I owe all of you that have written a huge apology.

What this means for the future of NLQ I do not know as it seems that the infection I was originally diagnosed with was not correct. Been back in the hospital this week having tests run to determine if this is a virus or fungal infection picked up in Central America or perhaps that I’ve developed an immune system disorder. Have an appointment with an infectious disease specialist next week and hope I get an answer.

In the meantime until I am fully functional I’ll be unable to answer many emails. If you must get a hold of me please sent me a Facebook message as I can access that on my cellphone and type with my left hand instead of having to wait till someone in my household has time to work on emails.

Now, for a new rule in discussions. I don’t think we’re necessarily done this in the comment threads but I think we need to add it to the official rules.

It was with great interest and dismay that I watched a couple of recent threads on Facebook explode with fierce debate after NLQ’s Vyckie Garrison asked her readers what they thought the year 2016 held for the Duggar family. Almost immediately some of the commenters started speculating about what the year held for the offspring of the family, some in silly sarcastic ways, but others started speaking about the possible sexuality of various young adult members of the family.

The instantaneous ferocity of many young adults raised in Gothardism, like the Duggar children, surprised me. Gave me pause to think about the roles of children exposed in the media by their parents with no ability to say yes or no to the parents wishes. The point was made by many that none of the Duggar children was given any choice in their lifestyle so all the speculating over the children was non-production. Which is true even if Vyckie is in no way responsible by what is said by others on her thread.

But I think that while it’s never a good idea to talk about younger Duggar children, it’s also is uncomfortable to speculate on any children underage that the parents have pushed into the limelight, from Kardashian kids all the way down to the Zsuzsanna and Steven Anderson children on Zsu’s blog. So I’d like to ask that everyone simply refrain from dragging speculation over children below the legal age of consent into the comments. Again, it’s not something we’ve done all the time, let’s just make sure we keep not faulting the kids with no choices.

Looking forward to a great year here at NLQ.. with the fewest number of Duggar-related posts as possible. I really am sick of even thinking about them at this point. What types of posts would you like to see here at NLQ?

January 7, 2016 Quoting Quiverfull: So Now All Law Enforcement Officers Are Evil?
Recent Comments
1 Comment | Leave a Comment
"This is late, partly bc of my preoccupation and partly bc I'd been slowly reading ..."
Jennifer Serena’s Serenity – Luxury Hotel, Birthing ..."
"Thank you for your commitment to truth and love, Suzanne. Best wishes to you and ..."
Meredith Anne Not a Goodbye, More of a ..."
"For what it's worth, I've learned a lot from you about a Very Creepy movement ..."
Gwen Pryce Not a Goodbye, More of a ..."
"Unfortunately, this kind of satire (if it even is satire) is what gives Christianity the ..."
Emily Is Biblical Gender Roles a Big ..."
Browse Our Archives
Related posts from No Longer Quivering