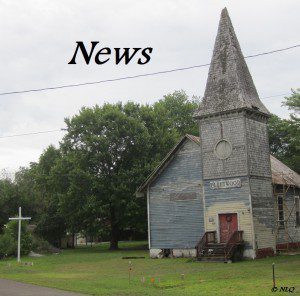 Today it was announced that the courts ended Danica Dillon nee Ashley Stamm-Northup’s law suit. She will not be able to refile and will have to bear all the costs of her legal defense. Josh Duggar agreed to not file his evidence that claims he was not at the strip club on the days the rough sex sexual assaults or anything else in regards to the allegations.

Last week it was rumored that Dillon had asked that her legal case be dismissed with the option of refiling the charges at a later date. Duggar’s side would not agree and wanted Dillon to pick up their legal costs as well. This was around the same time that the judge got all parties including the attorney’s to sign non-disclosure agreements involving all evidence in the trial such as videos, photos, instant messages, text messages and other possible communications.

This is all so sudden and convenient isn’t it? TLC announced this week that the Duggar family is returning to television in a new reality show and suddenly the legal troubles go away? I smell a payoff to make this go away. The question is did the Duggars shell out or did the network do it to protect their investment in the Duggars? In 2015 after pulling “19 Kids and Counting” TLC lost approximately 19 million dollars in ad revenue. Seems they might be counting that there is still big money to be made in the franchise, no matter how false the lifestyle is and how it harms the women and children involved.

This also prevents the release of the therapy records of the childhood victims of Josh’s molestation as well as any DHS records and stops the sworn depositions of Jim Bob and Michelle. Wonder what they are hiding? All of this proves yet again that in the world of Quiverfull it’s only the image that matters, the glittering perfect facade, not the broken people and corrupt system behind the surface.

February 5, 2016
Created To Need A Help Meet - Part 1 The Three Types of Women (Understanding Your Woman's Motivation)
Next Post

February 6, 2016 Quoting Quiverfull: Part 2 - 'Star Wars' Movie Series Message is Kill Christianity?
Recent Comments
52 Comments | Leave a Comment
"This is late, partly bc of my preoccupation and partly bc I'd been slowly reading ..."
Jennifer Serena’s Serenity – Luxury Hotel, Birthing ..."
"Thank you for your commitment to truth and love, Suzanne. Best wishes to you and ..."
Meredith Anne Not a Goodbye, More of a ..."
"For your sake, I am so glad you will no longer be editing and managing ..."
Lana Not a Goodbye, More of a ..."
"For what it's worth, I've learned a lot from you about a Very Creepy movement ..."
Gwen Pryce Not a Goodbye, More of a ..."
Browse Our Archives
get the latest from
Nonreligious
Sign up for our newsletter
POPULAR AT PATHEOS Nonreligious
1