Creating Illusions Through Self-Injury When Trapped in Trauma 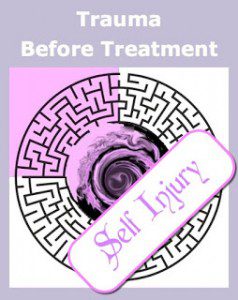 In addition to self-destructive impulsiveness that can accompany PTSD, the person struggling to regulate their mood can resort to willful physical injury or self-mutilation, one type of addictive behavior that is used as a coping mechanism. Self injury may include a whole variety of behaviors from cutting rituals to hair pulling or interfering with wound healing.

People who experience PTSD contend with very difficult and disturbing symptoms of mood and behavior. They often become anxious quite easily because of seemingly innocuous things which they perceive as threatening. To cope with feelings of numbness and the opposite extreme of feeling overwhelmed and overstimulated, a traumatized person might manifest self-injury as a complex mix of fear and hostility that words cannot express. Trauma repetition may also feed into self-injury

, though every individual seems to identify different reasons for doing so, if they are even self-aware enough to figure out why they indulge in the behavior. 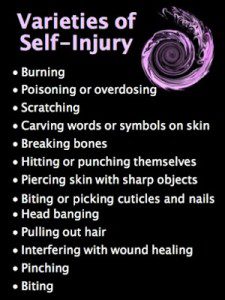 There are multiple reasons offered by experts and victims for this often misunderstood behavior which is associated with certain types of trauma – particularly in complex trauma and childhood sexual abuse.
As with all behavioral addictions, the rate of recidivism (returning to repeating the behavior) tends to be rather high because they are highly addictive. The brain generates its own, directly acting neurochemicals through the behavior, and their effect becomes far more potent than any ingested substance. Triggering of PTSD can easily cause the behavior to resurface long after it is has been believed to be controlled or arrested. 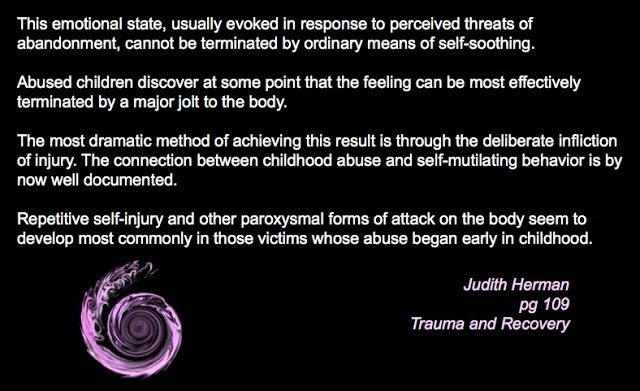