What Part Did the Internet Play in Your Loss of Faith? 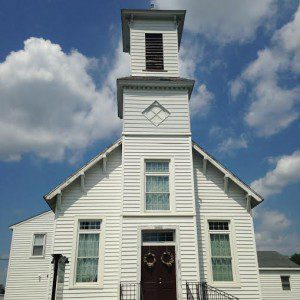 I am of the opinion that the advent of the internet is hastening America’s march towards secularism and unbelief. Prior to Al Gore inventing the internet, knowledge was controlled by academic institutions, libraries, churches, and mainstream media outlets. Today, Americans are exposed to dizzying amount of data. Thanks to Google, known as GOD at our house, the answers to every question are but a search away.

Before the internet, Evangelicals relied on their pastors and Sunday school teachers to tell them the “truth” about God, Jesus, church history, and the Bible. Questions and doubts were taken to pastors for resolution. These men of God were expected to speak authoritatively and put church members’ doubts to rest. Doubt is a tool used by Satan to rob Christians of their joy, peace, and happiness, countless Evangelical pastors told their congregations. If in doubt, just BELIEVE! The problem, of course, is that most people, Christians included, do have doubts and questions. Now that three-fourths of American homes have broadband internet access, doubting and questioning Evangelicals no longer have to rely on their pastors for answers.

I started blogging in 2007. At the time, I was still a Christian. On the last Sunday of 2008, I attended church for the last time. Filled with questions and doubts that had been percolating for years, I came to the realization that I was no longer a Christian. The internet played a crucial part in my deconversion. It connected me with like-minded people, those with similar doubts, questions, and fears. Thanks to internet (and search engines), hundreds of thousands of people have come to this blog (or one of its previous iterations) seeking answers to their questions and interaction with like-minded people. I have been blessed to meet countless people from the vast corners of the world. I have hundreds of what I call digital friends, people I likely will never meet, but who play an important and helpful part in my life. And I hope that in some small way, telling my story and critiquing Evangelical Christianity has been a help to those who visit this site.

Since the early 1990s, there has been a significant uptick in Americans abandoning their faith. After crunching the numbers, one researcher says contributing factors such as upbringing and education only explain part of the increase. What about the rest?

After controlling for variables like income, environment, and so on, computer scientist Allen Downey of Olin College of Engineering in Massachusetts found 25 percent of the decline can be correlated with Internet access. More Web, less faith.

Why? Here’s Downey’s stab at an answer: “For people living in homogeneous communities, the Internet provides opportunities to find information about people of other religions (and none), and to interact with them personally.” So increased exposure leads to doubt, disagreement, disenchantment, and ultimately to discarding your faith.

If the rise of the internet has anything to do with a loss of faith — and it’s an interesting thought — the role of ideas is likely minimal. Arguments don’t cool many hearts, but sin surely does.

While I certainly agree that the internet gives us ready access to a wide array of eroticism and pornography, I seriously doubt that the road out of Christianity is paved with YouPorn videos and JPEGs of naked men and women. Miller, a committed purveyor of endless books that are meant to answer Christian doubts and questions, dares not admit that the real problem is one of knowledge. Doing so would put the blame for the NONES squarely back on Christian sects, churches, and pastors. Doing so would open pastors up to charges of deceit and promoting ignorance. We can’t have that, so those who have exited the Evangelical church stage left and found purpose and meaning elsewhere, are doing so because they are lustful.

Spiritual Abuse Survivor Blogs Network member, Bruce Gerencser blogs at The Life and Times of Bruce Gerencser He writes from the unique perspective of having been a pastor for many years and having seen it all in churches. His journey out of being a true believer and pastor has been an interesting and informative one. He is also a kind and compassionate man who seeks to help others understand how best to leave and recover from toxic belief.

March 3, 2016
Quoting Quiverfull: Women Are Only Saved Through Childbearing?
Next Post