What Would America Look Like if it Were Truly… ‘Christian’ 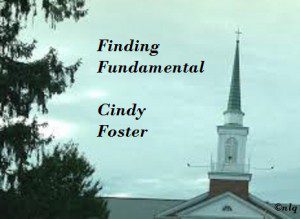 This season’s political climate and campaign have provoked me to revisit some of my formerly-held beliefs that America, it’s foundation, founders and founding documents, is positively, expressly ‘Christian’ in identity and purpose.

As one who now feels freer to question former beliefs, I have concluded that this nation is NOT and was never intended to be Christian in identity, though certainly morals and principles drawn from the Bible have INFLUENCED its identity, purpose and governance.

There is a difference in being influenced by and being founded upon.

The first is about recognition and acknowledgment.  The latter is about entitlement.

Many conservative Christians fervently believe America’s heritage to be of the ‘Judeo-Christian’ tradition. Those who believe this to be fact also expect this Judeo-Christian tradition to be by right of establishment and thus should be reflected in its laws and governance.

So, what does this term‘Judeo-Christian even mean?

Judeo-Christian values are somewhat dubiously defined as those values, ethics, principles etc. that Judaism and Christianity have in common. It was made popular by conservatives to describe their political ideals.

The present meaning of “Judeo-Christian” regarding ethics first appeared in print in an book review by the English writer George Orwell in 1939, with the phrase “the Judaeo-Christian scheme of morals.”[5] The term gained currency in the 1940s, promoted by groups which evolved into the National Conference of Christians and Jews. They intended to fight antisemitism by using a more inclusive idea of values.[6][7] By 1952 Dwight Eisenhower looked to the Founding Fathers of 1776 to say:

“all men are endowed by their Creator.” In other words, our form of government has no sense unless it is founded in a deeply felt religious faith, and I don’t care what it is. With us of course it is the Judeo-Christian concept, but it must be a religion with all men created equal.[8]

Conversely there are Orthodox Jewish leaders who would argue against Judaism and Christianity having much of anything in common as expressed in this article by Jewish journalist Yori Yanover: http://www.jewishpress.com/blogs/yoris-news-clips/theres-no-such-thing-as-judeo-christian-values/2013/12/26/.

However, those who use that term to mean that America was founded on the same moral principals included in both Old and New Testaments of the Bible should consider if this description, ‘Judaeo-Christian’ is really an accurate term to apply to this country’s founding history and purpose.

For a pretty good overview of several uses of the term:

But enough of that.

What I’d really like to explore here is what America as an authentically ‘Christian’ nation should look like in actuality.

In using the term ‘Christian’, I am speaking of those attributes and teachings of Christ as a believer in his deity or even as mere follower of his teachings.

Perhaps a better identity for Christians of America to seek should be a nation full of Christian people.

If America were a nation of Christian people in Christianity’s purest sense, its governing authorities certainly would not desire to convert personal moral beliefs and principles causing no harm to another’s right to life, liberty and pursuit of happiness, into Old Testament-derived laws to be enforced with their accompanying brutal and archaic penalties.

America as a nation of truly ‘Christian’ people would not express such in her governance, but in the people identifying as Christian actually BEING Christ-like.

America as a nation of truly Christian people would love their God enough to love their neighbors as their God commands.

They would love their God enough to love their enemies instead of hating them, blessing them that curse, doing good to them that hate, praying for them that despitefully use and persecute.

They would not be obsessed with storing up treasures on this earth.

They would not be slaves to money.

They would do unto others as they would have others do to them–Golden Rule.

They would practice justice, mercy and faithfulness.

They would practice unconditional love and acceptance toward those with whom they disagree….even the LGBTQ, Atheist, Muslim, Buddhist, Hindu, and Liberal Democrat, etc.

They would rather be defrauded than take a brother to court (when not involving a crime).

Their love would be patient, kind, not envious or boastful, arrogant or rude.

They would not insist on their own way, not be irritable or resentful.

They would not rejoice at wrongdoing, but rejoice in the truth.

Their godliness would be defined by and coupled with contentment.

They would not do anything that would cause another to stumble.

And, finally, America, if it were truly a nation of people who identified with purely ‘Christian’ ideals would not seek to be identified as such, but concern themselves with behaving as those who believe they are pilgrims and strangers in this land.

They would behave as ones who truly believe their citizenship is of a homeland– a heavenly country not built by human hands but a city whose designer and builder is God himself.

Those Presidential candidates and leaders, who have identified themselves as ‘Christian’, who promise to be human saviors of America’s ‘Christian‘ heritage, are largely catering to a disgruntled, disillusioned and uncomfortable group of people who– perhaps subconsciously– desire a morality-policing government that would protect and preserve their perceived right to NOT have to change and/or adapt.

This is the cause, I believe, to be at the heart of the whole ‘return-to-America’s-Judeo-Christian-heritage’ cry.

But, to me, this is a blatant contradiction.

How can one expect to make this country into a heavenly kingdom consistent with the fundamentalist/literalist interpretation of the biblical ideal without using some kind of coercion?

And, how can ‘Christian-nation-by-force’ ever be consistent with the example and teachings of Jesus, the author and finisher or our faith? Hebrews 12:2

March 9, 2016
Quoting Quiverfull: Your Housework is Your Salvation?
Next Post

Nonreligious
Which is the Worst Threat? Blacks in the...
No Longer Quivering
TRENDING AT PATHEOS Nonreligious