A Watershed Moment in Stage One of Recovery

A Watershed Moment in Stage One of Recovery April 18, 2016 Suzanne Titkemeyer 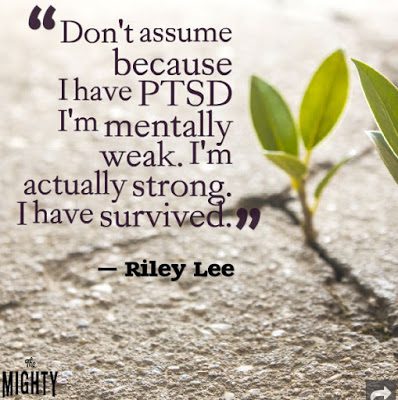 The message in this meme from The Mighty website speaks so well about how trauma pervades one’s life, feelings, and sense of self. I found it to be essential to my own healing, and I often wonder why no one had said this to me much earlier. I’d been to counselors many times before, worked at my recovery, and read about everything I could find. Why didn’t someone tell me this during one of my first few visits?
At age thirty, after I walked away from my spiritually abusive church, I eventually found my way to an exit counselor. It was a year after the Cult Awareness Network folded (and was bought by Scientology), but she worked with them as a volunteer prior to that. She addressed the issues faced by people who exit high demand groups, but she was not a therapist. She quickly recognized that I needed deeper work and more help than she could offer.

How I found that mental health counselor is another saga for another day, but let’s just say that she was wonderful for me. Her primary training was also in nursing, she worked with our bereavement team at the hopsice I worked for, and I’d been to her residence about a year before to make an emergency visit when her husband was under our care. She recognized me right away and commented about how caring I was with her husband and with her that day. The office ended up sending in a nurse supervisor as well, because we wanted to take care of our own with excellence. She commented about how I gracefully handled the arrival of the other nurse, too. And it was genuine comment, though I said that she might not want to see me as a client because I’d made that visit. It was apparently a help. That took away much of my initial stress about going through the process of starting therapy with someone new.
Feeling Overwhelmed, Lost, and Sick 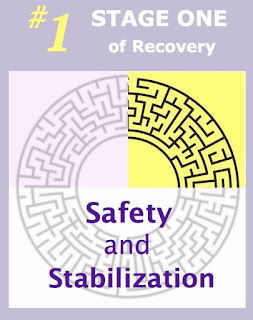 You can probably still get the audio (2008) of the last time that I heard Paul Martin speak about what it was like when he left The Great Commission International. He presented research on the clinical findings of people just after they exit high demand groups, and when he talked about dissociation, he included some of his own experiences. People in cults have to bury a part of themselves, and as a consequence, it causes a feeling of everything seeming dreamlike or distant. Paul said that went for allergy testing because he felt foggy and not quite alert, and that seemed like a likely cause. In hindsight, he realized that it was the dissociation that left him feeling distant and displaced from living fully.

I also felt so deeply depressed, I suffered nightmares, was constantly triggered… And I did have allergies. My body learned early in my life to speak that which I could not voice myself through illness, and my allergies had become much more intense. I was heartsick, and I lost ambition and joy and initiative. My body ached as it often did in the spring because of pollen, and I felt it far more deeply this time. I wasn’t myself and I felt alienated from all of the good qualities that I liked about myself – and they already seemed too few in light of my already broken self.

It would be a decade before I would hear Paul Martin’s words about feeling physically ill, but I certainly did feel that way. I went to therapy every week, and I would apparently repeat and repeat every week that I was “so sick.” I felt sick. My body felt sick, as did my heart and my spirit. And I was still trying to accept and grieve the fact that I’d been subjected to a thought reform program. At the same time, the “cap had come off” of all of the rage I felt and had managed to suppress for thirty years, and that frightened me and weakened me, too. I’d been through some terrible events in my life, but this was by far the worst.

My therapist, Connie, was remarkably good at reflective listening. It would take me more than another decade to find someone who could match her skill at it. With such tenderness, she would mirror back to me the things that she heard me say and would ask me if I really believed them and why. How she took such things that were painful for me to hear and recognize as my own words in such a way that seemed like soft music, I’ll never know.

One of the gems and a watershed moment for me that may be one of the most powerful things that anyone has ever said to me changed my life. She said that I repeated and repeated that I was so sick, but she said that it was not true at all.

I was a conscientious, talented, and good person who suffered terrible harm and painful losses.
I was grieving, and that grieving was healthy.

None of that was a sickness. I adapted as best I could with the resources I had, and I had survived. And when I needed help with that process, I had the courage to reach out for it. Not one thing about that was sick. I was a healthy person who responded to very unhealthy circumstances.

I don’t know that I believed much of the encouragement that she gave me, but that statement I heard. I began to believe it. 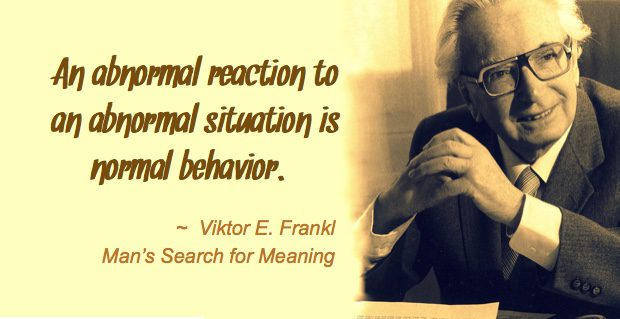 Unpleasant but Healthy
I will add this, too. She said that she wouldn’t typically do this with a client, but understanding the nature of her work with our bereavement department, she gave me some materials that she used in one of her classes. She wasn’t very involved with our hospice anymore, but she still worked with the famiies who had lost a loved one to homicide.
She said that I needed to accept the rage that I felt at the injustices suffered by so many at my church and all of the anger I had buried. I was terrified by it and didn’t know what to do with it. My body expressed it through illnesses, but I had never learned to express it in a healthy way. She shared with me the materials that she used in the counseling she did with those who survived a loved one lost in a homicide. She gave me permission and helped me accept the just reasons for my rage. And that was a powerful thing for me as well. 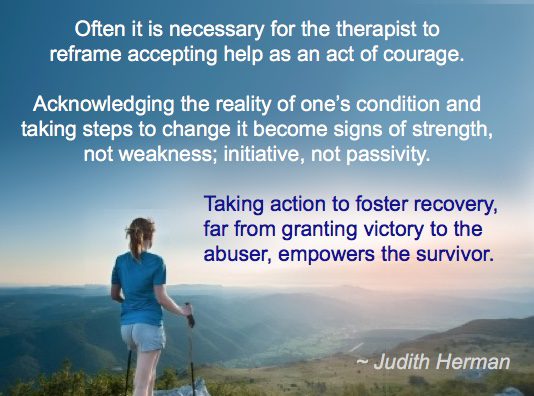 My anger and rage were healthy, and I just needed to learn new skills to express them in a healthy way. My old skills of suppressing and denying and transforming them into something else didn’t work anymore. The time had come for me to learn a better way.
Since then, though I have not mastered any of these things, I have learned many new tools and get better and better at handling “feeling sick” and anger all the time. Each time I face them, they are uncomfortable and difficult, but I go through the stages much more quickly, too.
Coping with horrible if not impossible circumstances is not unhnealthy.  Healing comes by reconnecting with our sense of self again and with others – chiefly with those witnesses and allies who walk through it with us. And that is an act of courage, not illness.
For further reading until the next post:

April 18, 2016 Quoting Quiverfull: Part 3 - Sinful Mothers Produce Rebellious Teens?
Recent Comments
3 Comments | Leave a Comment
"This is late, partly bc of my preoccupation and partly bc I'd been slowly reading ..."
Jennifer Serena’s Serenity – Luxury Hotel, Birthing ..."
"Thank you for your commitment to truth and love, Suzanne. Best wishes to you and ..."
Meredith Anne Not a Goodbye, More of a ..."
"For your sake, I am so glad you will no longer be editing and managing ..."
Lana Not a Goodbye, More of a ..."
"For what it's worth, I've learned a lot from you about a Very Creepy movement ..."
Griff Pryce Not a Goodbye, More of a ..."
Browse Our Archives
get the latest from
Nonreligious
Sign up for our newsletter
POPULAR AT PATHEOS Nonreligious
1