Balancing Hope and Safety in Stage One Recovery 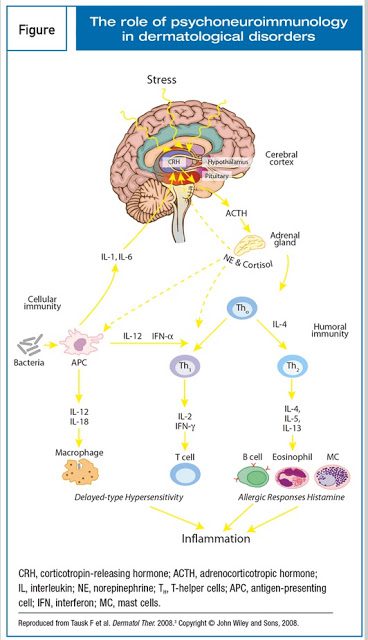 by Cindy Kunsman cross posted from her blog Under Much Grace and part of her series on healing.

During the last year in a spiritually abusive Shepherding-Discipleship church, I developed all sorts of allergies, partly because of how my body voiced what I could not through new, more intense illness, and partly because of the general hard toll that trauma took on my immune system. Two physicians recommended that I see a hypnotherapist, but I didn’t feel comfortable with the idea.
It took another decade and the advice of yet another physician to see if hypnosis would help. Most notably, medications that were meant to ease pain and symptoms became severe, life-threatening allergy triggers for me. I quickly ran out of available treatment options, and I spent all of my time avoiding physical triggers and chasing symptoms. It’s much like the challenges that Suzanne of No Longer Quivering deals with in her recent blog post.

About six months after I left the care of the aforementioned therapist that didn’t work well for me, I found a local, allegedly medical hypnotherapy training program that offered continuing education credit for nurses.  It came recommended to me by my medical doctor, a fully qualified and experienced graduate of University of Michigan’s medical school.  He was also the only doctor who diagnosed and corrected a medical issue which concerned me for several years while other doctors dismissed it.

That class seemed to be a safer start for me than just taking chances with my unique brain with an unknown therapist.  I could at least 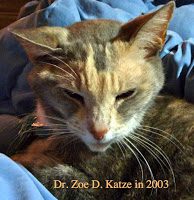 have a better understanding of the process and could decide if it was really something that would be helpful.  I also gained the consent of the school to refuse regression and anything that I found questionable in terms of my religious beliefs. I ended up earning the same hypnotherapist credentials (C.Ht.) and am in the same good company as the famed Dr. Zoe D. Katze. My background in both Word of Faith, exit counseling, and my nursing training made it reasonably safe for me, but I was, uh… dancing on the edge. I actually got a great deal out of it, though the benefits were not what I expected.  (That’s a whole other blog post.)

Stepping off Mountain Tops
While in training, the Wireless mail order catalog arrived, and a poster (which I cannot find online now) caught my eye. It showed just the top peaks of Mount Everest with their bases obscured by thick, pink tinged clouds. It featured a quote from Sir Edmund Hillary, the first man to reach its summit. I found it so inspiring, and I ended up drafting that imagery into the latter part of my hypnosis training. Before I saw that catalog, I pictured myself stepping down a stairway in the traditional hypnosis induction, just as I had practiced as a child (per C.S. Lovett). But halfway through the coursework, my staircase spontaneously changed into a stepping down off of those peaks of Everest instead.
In my mind’s eye, my stairway became that of stony crags. But halfway through the process of walking down them, my feet dropped below the cloud line. I could no longer see where I would put my feet. Strangely, I did not fear this, and I had peaceful faith that the stone would rise up to meet my foot if it needed to so that my grounding would be sure.  (Some Old Testament imagery also formed a part of that for me, too.) In a way, I feel as though faith found me and carried my terrified yet optimistic self down those last few steps. By the time I reached the bottom of the ten stairs, my head would have dropped below those high and dreamy clouds of Everest, and I could see the imagery that appeared beneath them.
Safer Places than Mt. Everest
In a way, this picture gives a visual impression of how difficult it can be to seek help after trauma. I didn’t trust anyone, and many steps were ones that I took by faith, optimism, and sometimes just through wishful thinking. I couldn’t see where I was stepping because I was so focused on survival. That is terrifying in the very beginning.
Things worked well for me in the end of my short tour in hypnosis land– something little more than New Thought Christianity.  In hindsight, I wish that I’d pursued a different course. I think that the imagery of blind steps from Everest’s peak also demonstrated my concerns about that lay hypnotherapy approach. Yet I find hope in it, too, for I believe that the imagery also spoke of my growing sense of self-reliance.
Sometimes, we end up on high peaks in the process of recovering from trauma. We can learn to take smaller, safer, sensible steps as we become reacquainted with our own worth. In any case, every day is a new day, and we can give ourselves permission and grace to move forward from where ever we are.  For awhile, I felt like I had hind’s feet on the highest place, but I also knew that the risk of falling posed danger, too.  A part of me expected to fall to the lowest depths.
Reasonable Hope
Our lives are not always safe. I suspect that every one of us has lost a loved one that we never dreamed we would lose. Children, parents, childhood friends when we are young, our caregivers, our significant others – they all remind us of how fragile life can be. They remind us of our own mortality. In the middle of that sense of feeling invincible in our youth to sober respect for the nature of life and living is a place of balance.   Balance makes for an optimistic, meaningful, and safer life. Some of us have to work harder at finding that place which trauma steals from us.
Anyone with a health problem that cannot be easily managed or one that is chronic knows that some problems can’t be solved. I’ve heard that my generation has the idea that most problems should be solved in sixty to ninety minutes because film and television tells us the stories of such, programming some internal, subconscious expectation in our heads. But we have to also hold on to reasonable hopes when we find them. Most of us have to learn what a reasonable hope looks like first.

We can read all the books and participate in all of the online forums. We can seek counsel. But ultimately, the work of healing depends on what we do ourselves and our willingness to embrace it. I keep thinking of the princess who kisses frogs to find her prince, and I feel like I’ve kissed many frogs before I found good help — even from a therapist.
Some of my healing felt as though I was waiting to catch up to that place where I would be ready for it. Every part of my journey was essential. Some of it was my age and place in life. I spent time learning, giving mental assent to what was healthy, and I stored that awayin my head. It would take much longer for life experience and the right therapist at the right time for me to work those ideas about healthy living into my heart.  And that is still an ever ongoing work.

If we are lucky, we find enough hope and encouragement in safe places with safe people to keep us plugging along to find the next safe person and safe place. We can find places of trust where we can fall apart or vomit out the poison we’ve ingested. Some seasons in life bring that to us, and some make that kind of place harder to find.  It is a rhythm of living much like breathing– inhaling and exhaling…work and rest.

Many times, it felt to me like I followed a trail of breadcrumbs in the forest by moonlight or just a few stars – where my sight was again limited by my focus on surviving. And the grand part of the first stage of recovery involves figuring out how to be safe while doing so and what that means for us.

~~~~~~~~~
Cindy is a member of the Spiritual Abuse Survivor Blogs Network.

April 13, 2016 Quoting Quiverfull: Sex Toys Infested With Demons?
Recent Comments
3 Comments | Leave a Comment
Browse Our Archives
get the latest from
Nonreligious
Sign up for our newsletter
POPULAR AT PATHEOS Nonreligious
1