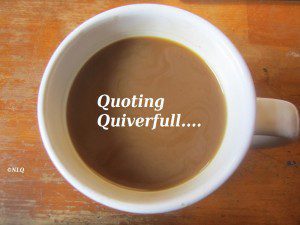 Editor’s note: Michael Pearl does some first class shaming and blaming of a mother for believing her child’s less than truthful words.

You remember the many “Johnnys” in our book. His reputation was further confirmed as he came to visit us this week. As kids are apt to do, he quickly discovered a baby stroller just made for a six-year-old who had a gullible sister willing to act as the motor. When the royal conveyance had visited every corner several times and bumped every piece of furniture thirteen times, he decided he would take a pilgrimage into the “forbidden room.” The occupant of the room was lost in her meditation, but not so deeply as to fail to hear him command his chauffeur to push him into the occupied bedroom. Not wanting her furniture banged up or her solitude interrupted, the occupant commanded, “No, keep the stroller in the main room.” Johnny, quietly, but not quietly enough, told his little sister to push him into the forbidden room anyway. I suppose Johnny thought he could always claim to be the helpless passenger of a stroller driven by his sister. Little sister was leaning into her burden and grunting too loudly to hear the “do not enter” command. As Johnny made his grand entrance, all laid back in his rickshaw, the meditator sprang from her repose and rushed to intercept the interloper. Just as she stood towering over the trembling intruder, his mother walked in, quickly appraising the scene.

Unfortunately for Johnny, his mama was having an emotional day. She was expecting a new baby and her heart, which is tender when she is at her toughest, was nothing but mush this day. You notice I said “unfortunately,” because in order for Johnny to develop integrity, his mother needs guts. One look into Johnny’s face assured her that he was under investigation for some alleged offense. “What’s going on here?” Mama asked. The meditator calmly told the story as it had happened. Johnny turned to Mama with an expression of innocent wonder and sincere confusion. Seeing that sweet little face, Mama knew that any accusation against him was false. She quickly began explaining that Johnny had hearing problems. Johnny now had an excuse. With hope in her gentle voice, mama asked a question that assumed the answer: “You didn’t hear her tell you not to come in, did you?” Now Johnny is old enough to have a master’s degree in abnormal psychology (It only takes six years), so he immediately grasped the reprieve that his distraught mother had offered. But looking back at the towering, now censuring meditator, he was smart enough not to risk perjury. So he answered, “I don’t know, I think I didn’t hear her.” Sound familiar? He doesn’t want to be a liar, but it is so convenient.

April 7, 2016 NLQ Question of the Week: Why is Tolerance of Different Others so Threatening?
Recent Comments
16 Comments | Leave a Comment
Browse Our Archives
get the latest from
Nonreligious
Sign up for our newsletter
POPULAR AT PATHEOS Nonreligious
1