Safe Expectations as the Safest Place in Recovery 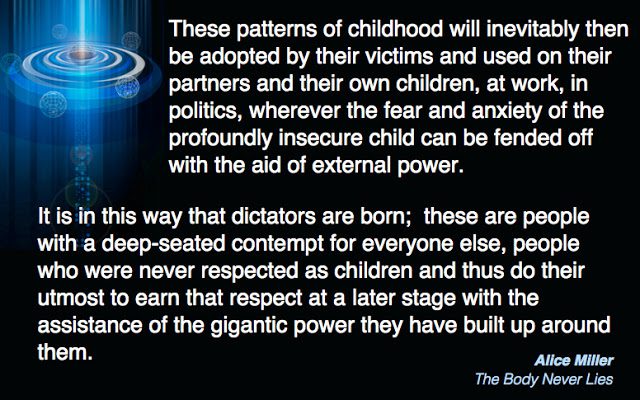 I used this quote a short time ago, but I read something that brought it to my mind again. There is so much truth to the saying that “we learn what we live.” Alice Miller makes that fact so clear for us by explaining why people who have been hurt often repeat the same tactics that were used against them. But how does this relate to feeling safer?

Many weeks ago, I ended up in a conflict via social media that didn’t end well. People who were connected to the same type of trauma fell into two groups – and each was traumatized in a different way within a totalistic and authoritarian system. From that emerged a discussion that essentially pitted the comfort and perspective of one subgroup against the other. It became a survivor war.

What troubled me most about the tension and conflict? One of the subgroups returned to the dynamics that were most familiar to them when this tension became too painful for them: a totalistic style of authoritarianism. While it is understandable that a person suffering from the pain of Post Traumatic Stress Disorder (PTSD) might feel threatened by a different perspective of a shared experience, suppressing and punishing expression only repeats that original trauma.
It almost reminds me of the French Revolution and the irony of what Robespierre experienced, though his history still remains a controversy, too. This is a gross oversimplification, but in effect, he did this same kind of repeating of the unthinkable. In order to establish a “republic of virtue,” he resorted to the Reign of Terror campaign to bring about his lofty goal. He redefined terror as the emancipator of virtue. He was executed as a consequence, for he tried to outlaw execution by executing the critics who opposed him. He tried to use totalism and death to create freedom which aimed at enhancing better life. 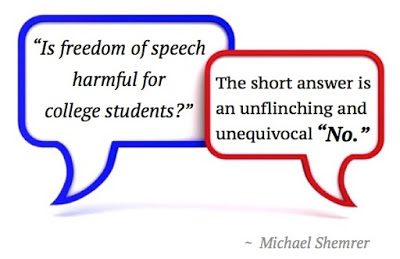 Swords of Safety
When I happened across this article in Skeptic magazine, it touched on so many similar elements of this conflict. It questioned whether it is possible to create a safe place for everyone and where the responsibility rests to help balance free expression for those with diverse views. The scope of the article ended up rather broad, but it touched on some of the same themes about safety and trauma that affect those experiencing PTSD. Diversity creates natural tension, and in a diverse world and a pluralistic society, how much “safety” can truly be achieved?

This quote from the article sticks with me days after reading the article, especially as political campaigning heats up in anticipation of the US Presidential election. Few realize that so much attention to triggering others actually serves to make them more of a problem in many ways. It is also a sword with a double edge. One perspective might win a battle today, but in the long term, all those with different perspectives lose.

From What Went Wrong? Campus Unrest, Viewpoint Diversity, and Freedom of Speech by Michael Shermer:

My freedom to speak and dissent is inextricably tied to your freedom to speak and dissent. Once customs and laws are in place to silence someone on one topic, what’s to stop people from silencing anyone on any topic that deviates from the accepted canon? The justification of censorship laws in the consequentialist argument that people might be incited to discrimination, hate, or violence if exposed to such ideas fails the moment you turn the argument around and ask: What happens when it is you and your ideas that are determined to be dangerous?
It is the Principle of Interchangeable Perspectives that I introduced in The Moral Arc: For me to expect you to listen to me I must be willing to hear you. If I censor you, why shouldn’t you censor me? If you silence me, why shouldn’t I silence you?
Perhaps realistic expectations concerning freedom and diversity keep us safer than anything else.  It definitely helps.
So much more to come on Safety and Stability in Phase One of healing from trauma. Until then, pursue some suggested reading: