Revealed: Founder of ‘Quiverfull’ Cult Pushed His Son Into an Illegal Marriage With 16-Year-Old Girl

Revealed: Founder of ‘Quiverfull’ Cult Pushed His Son Into an Illegal Marriage With 16-Year-Old Girl May 7, 2016 Suzanne Titkemeyer 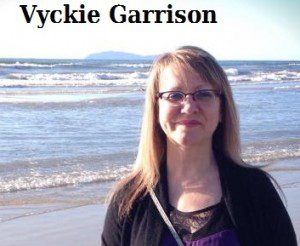 Editor’s note: Since Vyckie Garrison wrote this piece yesterday afternoon and now Von Ohlman has scrubbed his site. So many of the links to the most awful assertions on his website will lead only to this statement:

“The page you requested is not available.

We are in the process of completely rewriting our site.

As a result of being picked up by the national media, and being misquoted, a lot, (and lied about), we decided it was best for our tiny ministry to focus on saying exactly what we mean and to take down the hundreds of blog posts and articles which attempted to explain, discuss and explore. We hope to have more content up soon!

Please refer to our home page to get a short summary of what we believe and what our ministry is about.”

But no matter how Vaughn is now scrubbing his site there are screen caps of it and the Wayback Machine is F-O-R-E-V-E-R! No one is ‘lying’ about anything. His words in the original postings speak for themselves and will be around always. We plan on posting a screen cap archive to back everything said in the article.

There’s been plenty of virtual high-fiving following the cancellation of Quiverfull patriarch, Vaughn Ohlman’s “Get Them Married!” retreat which he had planned to facilitate the marriages of young teen girls and boys by their freakishly-perverse “daddies” for the purpose of getting the kids breeding early and often for Jesus.

This past Wednesday, I wrote about Ohlman’s plans to host a weekend retreat in Kansas where ultra-conservative, Duggar-like Christian mega-families would gather to “network” with like-minded fundamentalists to decide which junior patriarch would be betrothed to which old man’s very young daughters — all without the children’s consent. Plus, there would be negotiations for the fathers to receive payment of a “bride price” for their virgin girls.

Raw Story readers responded to the news of what would at best be described as a super weird Christian meat-market, or more accurately, as blatant child sex-trafficking, with disgust … and activism. The story went viral and within a day, public outrage and demands for an investigation and protection for the children of these sickos resulted in the event being cancelled when the Salvation Army corps in Wichita which owns the campground where Ohlman intended to hold the retreat refused to rent their facility.

While Vaughn’s been busy scrubbing his website of incriminating blog posts and lamenting his persecution by evil, busybody liberals … sensible folks are wondering, “Who the frick is this creep, anyway?”

While he’s been called a founder and leader of the fundamentalist Quiverfull movement and linked to the Duggar Family of TLC’s “Way Too Many Kids and Counting” fame, in truth, Vaughn is only a small-time blogger who spends an exorbitant amount of time thinking about young virgin girls’ budding breasts and which Bible verses justify knocking up the teenyboppers before they have a chance to finish school, get out in the world, make careers for themselves, and live independent lives.

Let me tell you a bit about Mr. Ohlman.

“Husband to one, father of six,” Vaughn works as an ambulance driver in Schulenberg, Texas, and wastes his spare time running a website called “Let Them Marry” which promotes “a Biblical understanding of the godly path to marriage.” His book, “What Are You Doing? A Conversation About Dating and Courtship,” addresses the “catastrophe” of thousands of young Godly people who are “well past the flower of their age, and they are not married.”

Christian boys and girls have been prepared for marriage … “for early marriage, for early, fruitful marriage… and they are not married.”

Unmarried kids frittering away their most fertile years … the horror! Much tragedy!

But don’t worry … Vaughn has thoroughly searched the Scriptures to determine what marriage is and how it should be realized. According to Ohlman, “the general purpose of marriage is to glorify God by fulfilling His dominion mandate, to the end that the whole earth may be filled with the knowledge of His glory. God created marriage because it was not good that man be alone; and so He provided a wife as a help meet and for mutual companionship, producing godly seed, and rejoicing in one another physically. Marriage is a training ground for raising up Godly elders, a reflection of the picture of the relationship between Christ and the Church, a vehicle for the blessings of God, and is the God-given bulwark against fornication.”

Vaughn was apparently so concerned that his own children might fornicate, he arranged for the early marriage of all six kids … starting with his oldest son, Joshua.

You can read the edited version of the betrothal of Vaughn-the-Patriarch’s son, Joshua, to Andrew-the-Patriarch’s daughter, Laura only two hours after the young couple were allowed to meet in person here. Just to give you a taste of how petty and ridiculous these dads are, here’s a quick quote from the would-be-amusing-if-it-were-only-a-joke betrothal story:

[Only] one roadblock remained. Andrew, and his daughter, were paedo-baptists. Vaughn, and his son, were credo-baptists. The elders on both sides were clear: they expressed it differently, they had different objections, but they certainly did not approve.

But Andrew and Vaughn were both also clear. They would both rather have their children marry, even across a doctrinal divide, than to remain unmarried, barren, celibate. Unfruitful.

Better to marry Laura off to practically-heathen, wtf-kind-of-baptist Joshua than to waste one more minute of the kids’ potential fertility!

Aside from the ludacris atavism of the Ohlman-Camp union, there are two particularly disturbing details about this story which Vaughn has scrubbed from his website: 1) the couple did not obtain a marriage license, and 2) Laura was only 16 years old, while Joshua was at least 20 years old at the time.

No Longer Quivering administrator, Suzanne Titkemeyer, who has emailed and chatted privately with Ohlman regarding his alarmingly misogynistic blog posts, writes:

Three years ago when Mr. Ohlman married his son Joshua (in his twenties) to a young woman named Laura Camp I’d assumed that she herself was of legal age. Today as I was reading through the articles on the retreat and being directed to Laura Camp Ohlman’s blog in one of her blog postings she was speaking as an old married lady with three children with the stated age of 19 years old. Which means she was clearly not legally old enough to be married. Since there was no legal marriage her own father is responsible for his daughter’s statutory rape. Andrew Camp delivered his daughter into breaking the laws of legal consent and Vaughn Ohlman helped!

It’s not uncommon for Quiverfull families to discourage their kids from seeking marriage licenses from the state, partly to protest the legalization of gay marriage, and also because they refuse to acknowledge the government as having any jurisdiction over marriage.

This wedding had no minister to pronounce the two ‘man and wife’. Indeed, we were not there for that. We were there to celebrate the coming together, physically, of a couple that had already been joined covenantally. A couple that was ‘betrothed’ in a similar sense to Mary and Joseph… or ‘espoused’ in the same sense that the church is to Christ.

This morning, I discovered that public outrage over Vaughn Ohlman’s plan to arrange the “marriage” of young, unconsenting girls for money via his “Get Them Married!” retreat has put him at the top of Ranked.com’s “Worst Person of the Week” list of people who have lowered the bar the most this week … a well-deserved dishonor.

P.S., You’re welcome for all that publicity. Any time you wanna think up another horrifically bad, bad idea involving young virgin girls and their daddies, I’ll be sure to get the public’s attention for you again.

May 8, 2016 Quoting Quiverfull: Happy Mother's Day! Here's Some Mother Fearing-Mongering!
Recent Comments
40 Comments | Leave a Comment
"This is late, partly bc of my preoccupation and partly bc I'd been slowly reading ..."
Jennifer Serena’s Serenity – Luxury Hotel, Birthing ..."
"Thank you for your commitment to truth and love, Suzanne. Best wishes to you and ..."
Meredith Anne Not a Goodbye, More of a ..."
"For your sake, I am so glad you will no longer be editing and managing ..."
Lana Not a Goodbye, More of a ..."
"For what it's worth, I've learned a lot from you about a Very Creepy movement ..."
Griff Pryce Not a Goodbye, More of a ..."
Browse Our Archives
get the latest from
Nonreligious
Sign up for our newsletter
POPULAR AT PATHEOS Nonreligious
1