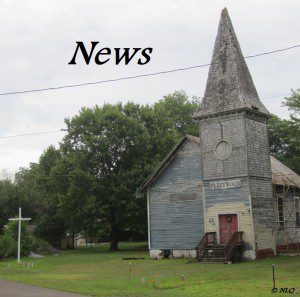 Laura Ohlman confirms that her father in law Von is seeking alternative places in the Wichita area to hold this retreat. No he hasn’t cancelled it or giving up the idea. It sounds as if he’s planning on finding an alternative location.

“We just today got news that we’re not going to be able to use the retreat center,” said Laura Ohlman, Vaughn Ohlman’s daughter-in-law, who lives in Wichita and was helping organize and promote the event.

“We’re unsure at this point whether it’s going to happen. … But it’s still a goal. We thought it would be a fun thing, and we’d like to do it.”

Apparently the laws in Kansas concerning marriage are different than what I was told yesterday.

Under Kansas law, no one under the age of 15 can marry. Eighteen is the minimum age, although 16- and 17-year-olds can get married with parental consent.

What the article and the local DA do not seem to understand is that these children are not being married off in the traditional way. They aren’t taking out marriage licenses and filing with the state. Instead they are signing ‘Betrothal’ contracts drawn up by their parents. What is taking place can only be called ‘common law marriages’ i.e. living together without the benefit of a marriage license. Their belief system can try and spin this as a ‘marriage’ all day long but in reality it’s not a legally recognized marriage. If the husband were to die suddenly there are no rights of inheritance or legal rights for the wife and in some states the children. This is not marriage.

Here is what District Attorney Marc Bennet had to say:

Sedgwick County District Attorney Marc Bennett said he wasn’t familiar with the Ohlmans’ ministry or their plans to hold a retreat in Wichita.

Marriages arranged by parents would be legal in Kansas as long as the couple getting married were each at least 16, he said.

“And the government should have no role in that whatsoever, with one exception: when it starts to put the child in physical danger.”

Even people who are legally married can be prosecuted for rape if they attempt to consummate a marriage without consent, he said.

“As long as the laws aren’t being broken, they’re free to have this kind of a meeting,” Bennett said of the proposed retreat. “But if you cross the line and there’s a child who’s being forced into having sex with someone she doesn’t want to, then now you’ve gotten the attention of the state.”

Bennett says nothing about fathers handing over daughters for sex without a marriage license.

The Young Turks did a segment on this retreat last night as well:

This story has also starting to be picked up by mainstream media as far away as the UK.

Look for more posts on this subject as more news happens.

May 6, 2016
The Crucifixion and #NeverTrump: What the Cross Teaches Us About Politics
Next Post

May 6, 2016 Quoting Quiverfull: Homeschooled to Mow Lawns For Life?
Recent Comments
47 Comments | Leave a Comment
Browse Our Archives
get the latest from
Nonreligious
Sign up for our newsletter
POPULAR AT PATHEOS Nonreligious
1