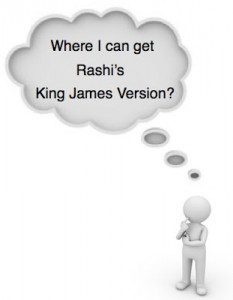 by Cindy Kunsman cross posted from the blog Redeeming Dinah

All images by Cindy Kunsman from Redeeming Dinah and used with permission.

When I became involved in a church that followed the teachings of Bill Gothard, and as I spent more time with my same-aged peers who were involved in the Evangelical Christian homeschooling movement, I was surprised by the way they characterized certain women in the Bible. The teachings of many ministers within Independent Fundamental Baptist (IFB) church does not differ from what I heard – which all stems back to Gothard.
Here, I hope to highlight the identical teachings found in Ron Williams’ sermon about “strange women,” the way that the King James Version of the Bible translates the term for “prostitute.” Anyone, including the youngest of children, who gets sexually molested/raped is said to bear a burden of sin in their own assault. The root of the teaching seems not to be based in the Bible but in rabbinical commentaries.
Please also take note that I make note of the King James text because the IFB capitalizes on the idea that only the KJV of the Bible is accurate and inspired or “God-breathed.”  Only it contains the true interpretation of Scripture.  In other instances, they reject outside commentary and information, so the fact that they draw information from Jews who reject Jesus Christ in addition to the fact that they’ve gone outside of their own belief system to find material to preach is beyond hypocrisy.  In all other instances, the IFB rejects hermeneutics (a method of faithful study of a text) that rely on historical documentation to put Scripture into perspective.

A ShortHistory of Rachel, Leah, and Dinah

Jacob is the grandson of Abraham, and he arranged with his fraternal twin Esau to receive the blessing as the chief patriarch of their family. The brothers hate one another, and Jacob must flee from Esau’s wrath.
On his journey, Jacob meets and arranges with his uncle Laban to marry his daughter-cousin Rachel. They fall in love quickly, so much so that he weeps after Rachel introduces him to Laban. He agrees to work for seven years for Laban to earn Rachel. On their wedding night, her identity is concealed from Jacob, and he learns in the morning that he has actually married and bedded Rachel’s elder sister, Leah. Jacob so loves Rachel that he works for another seven years to merit marriage with Rachel. Jacob’s children become the Twelve Tribes of Israel. Among the children of Jacob is a daughter named Dinah, born of Leah.Leah bears more children to Jacob, though the Bible says that he hated her. Rachel does bear children to Jacob, but not as many. At one point, she asks her sister to give her mandrakes to help aid her fertility. Most Protestants view the story of Jacob and Rachel as a true love story because of all of the obstacles that they must overcome to be together.

In Jacob’s attempt to avoid his brother, they end up living in Caanan, in Hivite country where the people do not recognize the God of Abraham. Dinah goes out to “see the daughters of the land,” is seen by the Hivite Prince, is taken away, and is raped by him. The King arranges with Jacob to make amends by having the Prince marry her. Sadly, her offended and dissatisfied brothers go out to defend the honor of their sister by slaying all of the men in the Hivite city, and they remove her from her new home. Jacob relocates his family again, but God sees to it that they are not pursued. The Protestant Bible makes no further mention of Dinah. 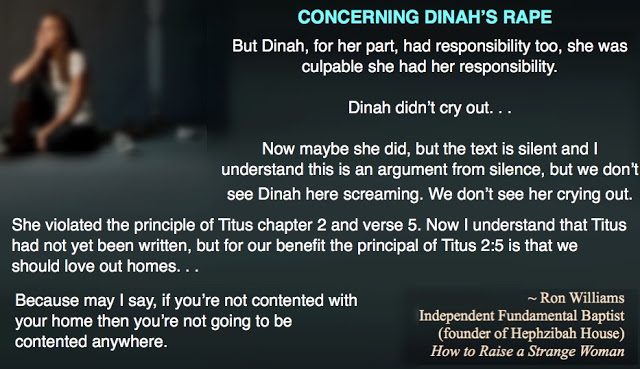 Teachings within Homeschooling
The people involved in the religious lifestyle elements of the Christian homeschooling effort propagate a fearful message that parents need to micromanage the lives of their children, or their daughters will be raped like Dinah. They liken Dinah to a prostitute, though this is not found in the KJV Bible. It is also used to stress the moral imperative of domesticity for women so that they must be fearful to leave the home without a “male covering” who provides them both spiritual and physical safety.  It contributed to the culture of fear that already appealed to parents who sought to do right by their children but were easy marks for all of the fear mongering in these circles.
Jonathan Lindvall was particularly interested in advancing this agenda along with his model of courtship over dating (prior to the books written by the generation of those raised within the new lifestyle).  He used this interpretation of Dinah to inspire parents with fear so that they would allegedly protect their daughters from defilement.  Most of these ideologues presented this information like it was a perfect solution that would provide literally divine results.
Sources too numerous to count in this genre have said in many places that this act of wandering and going out is like the feet of the “strange woman” of Proverbs, the “harlot”(zuwr ishshah: to be strange, estranged, harlot; woman). They specifically quote Proverbs 7:11 which states “She is loud and stubborn; her feet (regel) abide (shakan) not in her house (bayith).”
I specifically recall reading this for myself in the So Much More book by the Botkin Daughters (raised under the teachings of Jim McCotter of the cult, The Great Commission). Gothard includes this miserable interpretation in his “Character Sketches” of both Dinah and Tamar (daughter-in-law to Judah), as well as Abigail (wife and then widow of Nabal). I wonder what a study of the rabbinical writings concerning Abigail would turn up?
What we are clearly told about Dinah:
There is no statement made that she had done anything wrong, and it sounds as though she was a healthy and intelligent person who was curious about her new home. She sounds friendly, intelligent, and attractive: all qualities that many within this belief system find to be negative traits in a woman.
Yet, I wonder how many trusting homeschoolers actually know that the concepts that they were taught about Dinah came from the Apocrypha? Did they realize that they were taught by the IFB first? Probably, those that accept them would not care very much at this point. They may have developed different opinions had they been given informed consent before the indoctrination took place.
Ron Williams on Dinah as a Strange Woman
Ron Williams, and IFB minister who founded the Troubled Teen Industry’s Hephzibah House preached a sermon which reveals much about the nature of what is believed about Dinah as a “strange woman” as though she is an aspiring prostitute. Here are a few relevant highlights from his exceeding long sermon.   My commentary will follow below just a few selected quotes.  Even my own head swims from listing all of them and their erroneous suggestions at once.
™QUOTE: Part II, Far Country Disease
But Dinah, for her part, had responsibility too, she was culpable she had her responsibility.
[. . .]
She violated the principle of Titus chapter 2 and verse 5. Now I understand that Titus had not yet been written, but for our benefit the principal of Titus 2:5 is that we should love out homes. . . Because may I say, if you’re not contented with your home then you’re not going to be contented anywhere.
[. . .]
And if you start thinking that someplace else is better than your home, you’re gonna get the far country disease, and you’re gonna get the same kind of mind set that Dinah apparently got here.
™ QUOTE: Part II, Far Country Disease
But Dinah developed this curiosity because as bad as Jacob was on this occasion in his life, as much as he’d been on spiritual vacation for ten years. There was still apparently a distinctive difference here because she went out, as our text tells us, she went out to see the daughters of the land because she noticed they’re different than we are. We look different than our neighbors do and that ought to be the testimony of a believing home.
™ QUOTE: Part II, Far Country Disease
Now according to the Jewish historian Josephus, there was a feast or a festival in Shechem, and as our text tells us here she went out to see, that’s the idea of learning their manners, learning their customs, learning their fashions, in other words Dinah was not a separatist. . . . But Dinah didn’t, as she went out to see the daughters of the land, she should have known that we live in a world filled with sin. And believe me, we do.
™ QUOTE: Part II, The Genesis of the Strange Woman
In fact she [Dinah] goes off the pages of scripture with one word “defiled”.    Probably like Tamar, Tamar lived destitute the rest of her life after she was defiled. 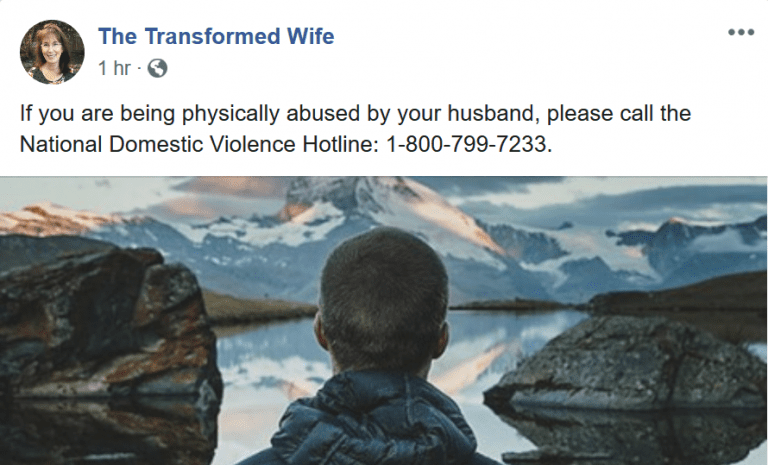 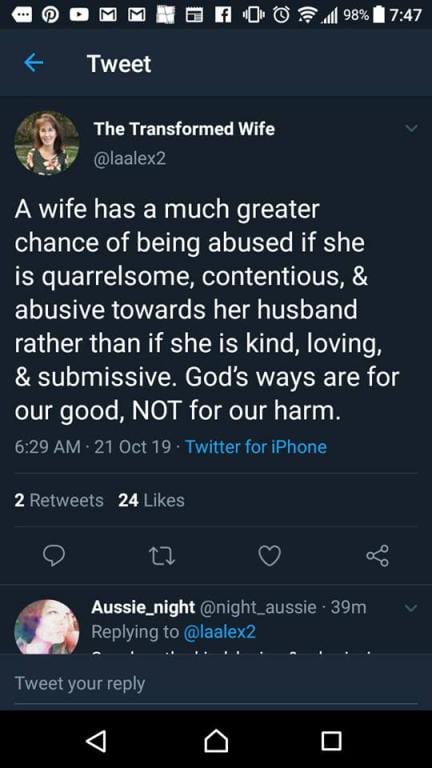 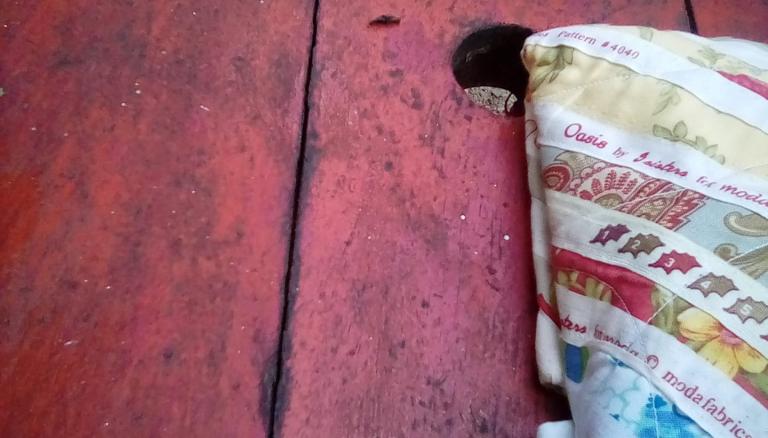 Nonreligious
What Does Submission Really Look Like? Part 3
No Longer Quivering