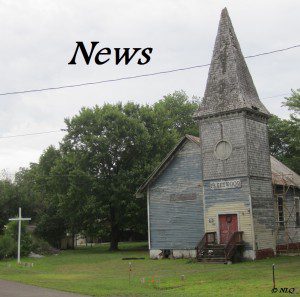 According to many media outlets Youtube has been besieged by many emails and pleadings to take down Pastor Steven Anderson’s hate screed where he’s celebrating the deaths of 49 innocent men in the Pulse nightclub shooting. Bruce Gerencser has the video still up on his page along with more information on what has happened along with some interesting observations on Steven Anderson written from the perspective of a former Independent Fundamentalist Baptist pastor – Understanding Steven Anderson, Pastor Faithful Word Baptist Church, Tempe, Arizona

According to Anderson’s wife Zsuzsanna at her blog Are They All Yours?!?! this entire controversy has meant that she and the children, as well as her husband, are getting death threats along with those chiming in to tell them how unacceptable their stated views are. She also doubles down on the false claim that homosexuals are pedophiles every time.

Rather, this post is for all those who have their heads in the sand as to how dangerous and wicked sodomites (homosexuals) are.
If the news had been that a ring of pedophiles was shot and killed, no sane person would be mourning. Those who believe the Bible ought to know that sodomites are reprobate, and thus capable of any perversion, having the mind of animals. This includes pedophilia. Of course, the average brainwashed American will protest this notion, but facts are stubborn things. My post is intended to illustrate this, using these filthy animals’ very own words. The most offensive words have been edited out.

Zsuzsanna has screen caps up of the email and for once I sort of agree with her. It is uncalled for. The hateful words her husband is spewing does not need to be addressed with death threats. You don’t answer violent speech with even more violent speech. It’s by a Dave Vergara, who has worked in publicity in Hollywood if you Google. What follows in the emails if you don’t have the stomach to read them yourself is Dave’s threats that he and others are praying that the Anderson children be raped repeatedly and violently. Perhaps she shouldn’t be putting up the photos and names of the children online while she’s getting death threats.

This is not an isolated email. We receive thousands of similar messages every year, we just never post them because they are so vile. Those who accuse us of hatred are themselves the most hateful, disgusting predators.
If you think sodomites are just like the rest of us, you are sadly mistaken. They are violent, and capable of any perversion. According to both the Old and New Testament, sodomy should be punishable by the death penalty. As always, God knows best, and Dave proves this point well.

I understand Vergara’s rage, but he is so wrong. This is not the way to shut up people who spout dangerous hate speech. It’s revenge, revenge against innocent children who have no choice in being Zsuzsanna and Steven’s children. Let’s leave their children out of it, actually until Zsuzsanna opens her trap and makes evil statements people should likely not bother her either. Threats of physical violence only cause this duo to believe ever more than most people are evil and they are righteous. It adds to their Christian persecution mentality.
There has to be a better way to reach these two to teach them that we will not tolerate hate. Emailing Youtube and other places that host them is a start. What other possible ways can the world reach out to the Andersons that might help them to see what Steven does is wrong?

June 14, 2016
Gothard and Williams Draw their Cultic Hatred of Dinah from the Hebrew Midrash
Next Post

June 14, 2016 Live Facebook Reading Tonight: Chapter 2 of "What are you Doing?"
Recent Comments
30 Comments | Leave a Comment
Browse Our Archives
get the latest from
Nonreligious
Sign up for our newsletter
POPULAR AT PATHEOS Nonreligious
1