Editor’s note: For a year, a home-schooling Christian man named Timothy Ciboro allegedly disciplined his ex-girlfriend’s daughter by shackling her to a basement post. The girl, 13, escaped in mid-May. Timothy Ciboro, 53, and his son Esten, 27, were arrested in Toledo, charged with kidnapping and torture. The girl’s mother is now also jailed, but on unrelated warrants.

Alexis Means of 13abc News visited the Lucas County jail to interview Timothy Ciboro, who wanted to deliver a prepared statement. He enters the room somewhat confused, wearing an orange jumpsuit and handcuffs. My transcription comes from raw video of the May 24 interview:

Alexis Means (after introductions): Timothy, you actually wanted to make a statement to us. […]

Timothy Ciboro: First, I’m in fear for my life and my son’s life. Uh, let me think here. I’m in fear for both our lives every second of every day. There have been, you know, from both inmates and guards. I mean, so I’ll be surprised if I make it to trial. I mean, really surprised. Obviously I don’t sleep well. And I’m… had no contact outside of I think two phone calls I was able to make before the phone mysteriously stopped working.

Ninety seconds in, Timothy Ciboro has already hinted that 1) someone sabotaged the phone he was using, and 2) he and Esten will be murdered in jail, their killings faked as suicides. Although he complains of having “no contact,” this is his second media interview. The reporter now attempts to change the subject:

Alexis Means: Tell us… take us back to what happened when you got the phone call from the lady. Your daughter ran away.

Timothy Ciboro: Hang on. The last thing I want to say is, if I indeed do die while I’m in here, that Jesus Christ is my lord and my savior, so I know where I’m going. So, although I don’t want to die, I know where I’m going to spend for eternity. And it’s through the blood of Jesus Christ, Yeshua is his… Yeshua, Yeshua ha-Mashiach, God’s only son. Uh, and that was really the end of the statement.

Ciboro’s earlier interview, with the Toledo Blade, comprised a similar statement. Fear of jail is understandable, but his words suggest paranoia, delusion, and apocalyptic themes.

The TV interview does cover more topics in the ensuing twenty minutes. In his prepared statement, though, Ciboro expresses concern only for himself and Esten, omitting mention of the 13-year-old girl or her two younger half-siblings—all three now in foster care. Instead he offers his Christian testimony, stipulating that the Jesus he talks about is Yeshua ha-Mashiach (Jesus the Messiah). Does he think there is some long, confusing list of people named “Jesus Christ … God’s only son”? Does badly pronounced Hebrew somehow clear things up? How does his statement achieve Ciboro’s goal of drawing others to Jesus? Is it not outrageous for a man jailed on torture allegations to flaunt his get-into-heaven-free card?

Suddenly I’m hoping all the basements in heaven have security cameras. Sure, I know, nothing bad happens in heaven. But in Tim Ciboro’s mind, nothing bad happened to the 13-year-old girl in his Christian home; people are out to get him for no reason. I would be leery of a heaven that admits this way of thinking. 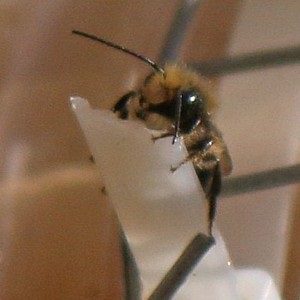 June 1, 2016 Quoting Quiverfull: Suffering Makes You More Holy?
Recent Comments
14 Comments | Leave a Comment
"This is late, partly bc of my preoccupation and partly bc I'd been slowly reading ..."
Jennifer Serena’s Serenity – Luxury Hotel, Birthing ..."
"Thank you for your commitment to truth and love, Suzanne. Best wishes to you and ..."
Meredith Anne Not a Goodbye, More of a ..."
"For what it's worth, I've learned a lot from you about a Very Creepy movement ..."
Gwen Pryce Not a Goodbye, More of a ..."
"Unfortunately, this kind of satire (if it even is satire) is what gives Christianity the ..."
Emily Is Biblical Gender Roles a Big ..."
Browse Our Archives
get the latest from
Nonreligious
Sign up for our newsletter
POPULAR AT PATHEOS Nonreligious
1