Editor’s note: Let’s take a break from the grim allegations in this case. While there is never anything funny about abuse itself, at times the accused Ciboro men manage to look both appalling and ridiculous. As they flail about, straining to prove what excellent Christian family men they are, feel free to chuckle between bouts of *facepalm* and *headdesk*.

Unlike his chatty father, Esten Ciboro has made only one comment to the media since his arrest. After a hearing, a reporter asked Esten how confident he felt about defending his case. His reply:

“Very. Yahweh is God of everything. The only way to heaven is through his Son, Yeshua ha-Mashiach, the Messiah, Son of God who is God.”

He’s a real chip off the old block.

Esten and Timothy will probably be tried together on charges of kidnapping and child endangerment. Hints are emerging that Esten’s defense will involve throwing Timothy under the bus. Note the response by Esten’s attorney Stephen Hartman to the position of prosecutor Lindsay Navarre:

[Prosecutor] Navarre said […] that Esten participated in the crime and owned the home where the victim was kept.

“It appears at this early stage of the case that he was not only fully aware but was an active participant in the torture,” she said.

[Defense attorney] Hartman countered that he doesn’t know that will prove to be true.

“When the facts come out, I don’t know that that’s going to be the case,” he said. “Awareness and involvement obviously are two very different things.”

He said he has met with Esten a couple of times at the jail and knows of “no physical evidence” that implicates his client.

Esten’s lawyer might weep when he learns that Timothy Ciboro has gone into raptures over his client’s role in wholesome family activities:

“They make salads. I mean, they make great salads. And [beeped out] ‘I’m making Esten’s! I’m making Esten’s!’ ’cause he wants to be Esten. And I mean, he, he’s definitely the closest to Esten, but [beeped out] is right up there real close too. I mean, and when we do battles, well, we call them battles, whatever, you’re jogging around the thing, and you’re… or stories, you’re telling different stories, I call them battles versus stories, they’re doing stories as they jog around for many miles, and I mean, and they love it.”

Matter of fact, maybe Timothy is planning to throw Esten under the bus. The praise continues:

[T]hey’re so easy to raise, [beeped out], I mean, especially because of Esten. Esten is like the key to everything.

Road Trips, Roadrunners, and Other Tales

In September 2014, Esten and unidentified family members drove from Toledo to Indianapolis—a seven-hour round trip—and camped out in the rain in hopes of winning a year’s worth of the famously Christian sandwiches at a new Chick-fil-A.

“The Chick-fil-A sandwiches are really good, and 52 free ones are hard to pass up,” Ciboro said.

This was Ciboro’s third and farthest stop at a Chick-fil-A restaurant for the promotion.

Alert readers will remember that—also in 2014—the Ciboro family waved off Children Services investigators who responded to a call about a girl eating French fries from the trash in a public park. Investigators were told:

The family apparently has a strict rule against fast food.

The local running club noticed the family’s version of togetherness:

Rob Simon, vice president of the Toledo Roadrunners Club, said the Ciboro family is known in the city as runners, often seen at the Roadrunners Club and other running events.

The family would appear at races and sit in the car prior to the event, he said.

“They were just kind of strange,” Mr. Simon said. “The dad at least was. When you run, you end up talking to other racers, but a lot of time they wouldn’t talk to others.”

In a strongly worded piece, RawStory explores Facebook rants by Esten and Timothy. Wonkette is also not a fan: the site registers Esten’s objections to “queerism” and shares a photo of him in a curly pony tail and lacy shirt with a big fetching bow at the neck.

The dynamic duo fights the culture wars on all fronts: railing against Target’s bathrooms (natch) as well as symbols on Monster beverage packaging and supposed satanic influences at a local megachurch. They seem to see the devil everywhere—except in the mirror.

Timothy’s deep concerns about a woman’s modesty are revealed in an exchange with reporter Kristi Leigh (who identifies herself as the product of Christian home schooling):

Leigh: Why did it bother you what I was wearing?

Timothy Ciboro: Because I think you should wear more clothes.

Ciboro: And… and it’s distracting.

Ciboro: If they ever want to talk to me again, we’ll talk figures first.

Ciboro: And where it goes. OK.

Note: If you are tempted to look at the men’s Facebook pages, please stop and give careful thought to those “Do you know…?” messages that sometimes identify your Facebook friends, and friends of friends. (No, we don’t think the Ciboros are Facebooking from jail.) 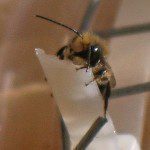 June 11, 2016
Quoting Quiverfull: Part 2 - If Your Husband is a Jerk You Probably Caused It?
Next Post

June 12, 2016 Quoting Quiverfull: Part 3 - If Your Husband is a Jerk You Probably Caused It?
Recent Comments
4 Comments | Leave a Comment
Browse Our Archives
Follow Us!

Power and Control: A Fitting Epilogue to the...
For a while now, we've been talking about the Toronto Blessing (TTB)....
view all Nonreligious blogs
What Are Your Thoughts?leave a comment
Copyright 2008-2017, Patheos. All rights reserved.