Things Not Even Tolerated by ‘The World’ – Christians and Hypocrisy 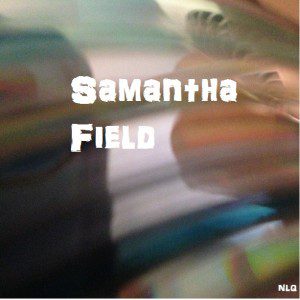 A little while ago I read “All Christians are Hypocrites” by Jayson Bradley. I don’t really disagree with him or any of the points he makes, but I want to highlight something.

Jayson opens his article musing that many people associate “Christian” with “hypocrite,” and I don’t think he’s wrong. However, he spends the bulk of his article pointing to behaviors that are frequently condemned by Christian culture: drinking, going to move theaters, secular music, affairs, drug addiction, liberal politics, etc. Part of his argument is “Feeling forced to hide these things from our Christian neighbors is part of what makes us look like hypocrites to The World,” and that’s where I disagree with him.

Sure, I knew people growing up who believed that Christians didn’t drink alcohol and would be judgmental if they saw me tossing back a pumpkin ale, but Jayson’s focus on movie theaters and rock music is downright laughable because those things are not why “The World” views us as hypocrites.

It’s because we condone things that “not even the pagans” would tolerate (I Cor. 5:1).

Josh Duggar molested his sisters and girls from his church, and I personally knew people from previous churches who defended his actions as “normal.” More than one Christian told me I was wrong for daring to talk about it.

Saeed Abedini– who pled guilty to abusing his wife and now has a restraining order against him— was handed a massive pulpit by Christianity Today to call his wife a liar and say she’s in league with Satan. That’s not even the first time they’ve done something that despicable– their Leadership Journal published a piece by a convicted rapist where he referred to raping a minor as an “affair.”

Baylor University administration and staff has spent years covering up rapes and assaults committed by not just football players, but debate champions and other students. They threatened retaliation if the victims went to the police, they rewarded rapists with staff and coaching positions. What they’ve done is an order of magnitude worse than what happened at Penn State and they’re facing practically no repercussions at the moment. It’s hardly unique for a Christian university to do this, either. Patrick Henry has done it, as has Bob Jones, and Pensacola Christian … at this point I’d be shocked if there’s any conservative Christian university that hasn’t spent decades retaliating against rape victims.

The New York Catholic Conference spent 2.1 million dollars making sure it would be impossible for pedophilic priests to ever face justice. Pope Francis, who is being hailed as some sort of progressive icon, won’t reverse Benedict’s decision to make child sexual assault allegations a “pontifical secret” and the Church explicitly told priests that they’re under no obligation to report child sexual assault if they know of it.

And just in case you think that this sort of massive cover up is isolated to the Holy Roman Catholic Church and college campuses, it’s not. The Association of Baptists for World Evangelism (ABWE) has spent several decades hiding the fact that several of their missionaries are habitual child rapists. After hiring GRACE to investigate, they fired them weeks before they were about to release the report. Years later they eventually got around to releasing a report compiled by Pii (which you can find here), but when Christianity Today posted something about it, they happily went with ABWE’s position of “oh, that will never happen again even though we’re not really admitting we did anything wrong and we’re doing absolutely nothing to make sure it won’t happen again,” as if a mea culpa could ever be enough. Only a handful of Christians are even talking about this, and when we do it’s mostly to make sure ABWE escapes any serious consequences for being complicit in the rape of children.

And it’s not just Baptists, just in case you’re the sort of person who hates on Baptists. The PCUSA (that’s the liberal one) and New Tribes Mission have both issued “apologies” for the dozens of children who were raped by their missionaries.

This is why Christians are hypocrites.

Not because we drink when we’re not supposed to. Not because some of us get tattoos. Not because we have the occasional affair (which is clearly always the wife’s fault anyway, have you seen how she’s let herself go?).

It’s because when our pastors, college administrators, celebrities and missionaries rape our children we shrug and call it “normal” and we call those children adulterers. We make girls who have been impregnated by their rapists stand in front of their church and confess. We write letters to judges begging them for leniency when our “preacher boys” turn out to be rapists. We scream and scream and scream about predators in bathrooms, but when there are actual predators raping our children, we do something worse than nothing. We call the victims liars, we make sure their abuser can do it again, and when those rapists say “oh, oops, I’m sowwy” we publish long think-pieces on forgiveness.

Jesus said to let the little ones come unto him, that only people who become like a child will enter the kingdom of heaven. Seems like we’ve forgotten that.

June 10, 2016
Quoting Quiverfull: Summertime is Playtime That Mom MUST Supervise!?
Next Post

Contempt: It's Not All Bad
NOTE: This is a portion of a paper I read at the Central...
view all Nonreligious blogs
What Are Your Thoughts?leave a comment
Copyright 2008-2020, Patheos. All rights reserved.