‘Bloom Where You’re Planted’ as a Thought Stopping Cliche 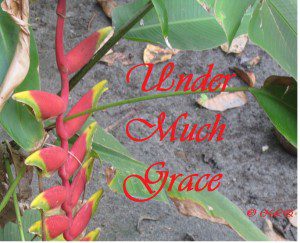 All images by Cindy Kunsman at Under Much Grace and used with permission. Article is 4 pages long.

I’d heard that phrase before, but even now and even with my positive experience with the concept many years later, the phrase still connotes something negative for me.
The last post detailed my very good experience with the sage advice of determination to bloom and grow, even if it’s not where you want to be or the conditions are not that favorable.ion

Even so, my mind still goes back to a discussion at Maureen’s pretty little Cape Cod in Brooklyn Park when she leveled it at me. She doesn’t even live there anymore, but a tiny part of me still finds itself in that place as my first flash of an image when I hear that phrase. In many ways, I think of it as just one of the parallels that my church used to the Fundamentalist Mormon imperative for women to “keep sweet.” We were no different, really. The expectations for women were very much the same, but we just didn’t go to the same lengths as the FLDS to enforce that saccharine. It wasn’t really sweetness anyway, just like Sweet and Low – a fake imitation of something else. It even speaks of being low(ly and humble). Oh, so appropriate. 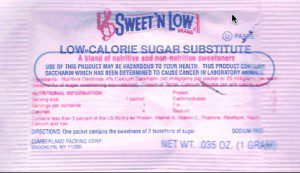 And oddly, during that same visit, she asked me if I’d been partaking of too much sugar so as to dismiss my growing angst. That was an attempt at at least a triple whammy shaming tactic. First, my concerns could be dismissed as mood swings from sugar highs and lows if it happened to be true. My concerns and accusations of spiritual abuse from church leadership could be blamed on the white death. The next question concerned whether I was taking enough B-vitamin supplementation, as they are needed to help the body use carbohydrate regardless of your intake of refined sugars. There was potential for a second sin which gave way to a third sin – a verboten one.

I also knew well of the discussions among women of Watchman Nee’s idea that if you know that if one behavior causes you to be given to sin, you’re doubly guilty. What do you do if you’re short with your children because you were up with them while they were sick the night before? Following Babywise in the right way was supposed to fix all of that, so someone must have missed a chapter about how to keep yourself from sinning even if you’re tired from doing all that you need to do. Was I sinning by working strings of twelve hour shifts in a row? I remember that implication in one discussion and what I thought about it. I half wondered if the person who asked me about it was suggesting that I should quit my ICU job.
Continue Reading

August 12, 2016
Quoting Quiverfull: The Government Wants Your Child to be Evil?
Next Post

August 12, 2016 Quoting Quiverfull: Young Women Waste Time?
Recent Comments
6 Comments | Leave a Comment
"Fortunately, I haven't had it, but I think I have some idea of what you're ..."
Griff Pryce Nancy Campbell is an Unmasked Plague ..."
"My family came from East Tennesee and the Great Smoky Mountains, lots of cornmeal mush ..."
paganheart Debi Pearl and the Seed Corn
"This brand of "homeschooling" is child abuse. They're depriving their children of a decent education, ..."
Griff Pryce Were the Sacrifices Worth it?
"I learned that in time of famineNo, Debi, you did not live in a time ..."
Friend Debi Pearl and the Seed Corn
Browse Our Archives
get the latest from
No Longer Quivering
Sign up for our newsletter
POPULAR AT PATHEOS Nonreligious
1

Nonreligious
Nancy Campbell is an Unmasked Plague Rat During...
No Longer Quivering