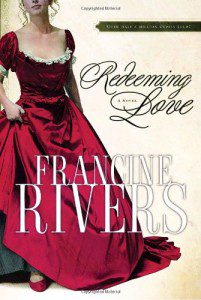 For this review series I’ve decided to split Redeeming Love into twelve sections, around forty pages each, instead of splitting it up by chapters– since the chapters all have varied lengths. Today’s post covers the prologue and the first chapter, which gives us Angel’s backstory. To make things a little easier for those of you who haven’t read the book at all, or in a while, I’ll give plot summaries at the beginning of each post before digging into the themes and imagery I’d like to discuss.

If you read over some of the negative reviews on Amazon and Goodreads, you’ll notice that there’s a fair number of people who found the dark opening to the book incredibly off-putting and somehow an ungodly thing to read about. The sort of person leaving that review is probably coming from a similar background as my childhood: Philippians 4:8 was our guidepost for all our entertainment decisions, and the opening to Redeeming Love probably doesn’t qualify as something “pure” or “lovely.”

In that sense, I’m somewhat grateful that Francine was willing to explore something dark in her book. Christian culture has a tendency to sugarcoat reality, and it drives me nuts– so at least here that’s not happening. While Angel’s backstory is probably darker than her average 1850s counterpart, it doesn’t stretch the bounds of credulity even by today’s standards.

The particular situation that Francine sets up for both Mae and Angel is a particular form of sexual abuse: it’s called survival sex and can appear both inside and outside prostitution. Many of the people who enter sex work– both today and in the 1850s– did so out of extreme duress. Like with Mae’s character, they considered it a “last resort,” but eventually circumstances deprived them of other viable options. However, it is extremely important to note that people can be forced into survival sex and not be prostitutes. I’ve known several women over the years who had sex with their significant others for no other reason than that if they refused they’d be homeless and starving. Survival sex is coerced sex, and y’all know my feelings on that subject.

A common myth about prostitution– one perpetually reinforced by every Christian anti-sex-trafficking organization I’ve encountered– is that all prostitutes are engaging in survival sex, or were forced into it as a form of slavery. There’s this belief that only incredibly desperate people would enter sex work ‘voluntarily’ … which is not the case. I’d also like to highlight that Mae was having survival sex with Alex long before Francine started describing her as a prostitute– her house and their food would only be provided as long as she was capable of satisfying Alex’s lust.

There are some historical details that Francine is getting right about prostitution during the California Gold Rush, like a Chinese woman being the only one of Duchess’ prostitutes who is there as an actual slave, but I’m already sensing some anachronistic over-writing. Due to the scarcity of women in California at the time, there wasn’t a lot of social stigma surrounding prostitution in places like Pair-a-Dice; but, given what I know about some of the events that happen later on, I don’t think Francine is going to stay true to that.

Getting into the details, though, there is one particular scene worth highlighting:

[Cleo] pushed him away. He reached for her again, and she dodged him–but even Sarah could tell the effort was half-hearted. How could Cleo let this man near her? …

Merrick caught hold of her and kissed her. Cleo struggled, trying to pull away, but he held her tightly. When she relaxed against him, he drew back enough to say “More than that’s [the sea] in your blood.”

He kissed her again, and she fought him this time. Sarah sat frozen in fear. Maybe he would just kill them both.

Merrick than tosses Sarah/Angel out into the hallway with strict orders to stay there or he’ll cut her up and feed her to the crabs, and him and Cleo “have sex.” Then we get this:

She stretched out her hand, but Merrick was gone. It was like him. She wasn’t going to worry about it now. After last night, how could he deny he loved her? (29) …

She put Sarah to bed early and went back down to the bar, hoping he would come in later. He didn’t. She stayed a little longer, laughing with other men and pretending she didn’t care … She hated him for breaking her heart again. She had let him do it to her so many times before. When would she learn to say no to him? Why had she come back? She should’ve known what would happen, would always happen. (30)

This scene bothers me because men like Merrick who laugh at women who are actively fighting them are going to get what they want regardless of whether or not she gives her consent. It does seem that Cleo wanted to have sex with Merrick and stopped resisting once he’d thrown Sarah out into the hall … but the fact that her consent was inconsequential to Merrick in this scene isn’t a part of the tension. She only gets mad at Merrick the next evening when he doesn’t show up at the bar, and the fact that he’s probably overridden her objections in the past isn’t a part of the speech she gives Sarah.

Then there’s the line that Francine puts in Sarah’s head: how could Cleo let this man near her? Considering that she’s spent five whole pages of a 34-page prologue doing nothing but establishing how frightening a figure Merrick is, that thought jumps out to me as decidedly out of place. It’s clear that Sarah is terrified of Merrick, is doing everything he says because he’s threatened to cut out her tongue out and kill her, and is also convinced that he’d kill Cleo, too. That doesn’t jive with “how could Cleo let this man near her?”

I think that particular line is Francine slut-shaming Cleo. It’s not a part of Sarah/Angel’s character, and it does nothing for the plot. It’s authorial manipulation, trying to get us to see Cleo the way Francine sees Cleo. We’re also supposed to see the lecture she delivers through this slut-shaming light: Cleo’s problem isn’t that men are truly terrible, it’s her bad decision making.

I think this is going to play out in Angel’s storyline. At the end of the prologue we get this:

He smiled again as he removed his tie and slowly began to unbutton his shirt.

And by morning, Sarah knew that Cleo had told her God’s truth about everything. (44)

… which shows up in the first chapter as a baseline for how Angel views the world. Cleo had told her the truth about the world, about men … but the reader is supposed to see Cleo’s “truth” as being born of her sinful and oh-so-slutty decisions. The book is, after all, titled Redeeming Love, and it’s going to be Angel’s future sinful and oh-so-slutty decisions that she’s going to need God’s grace and redemption for.

Bonus prediction: Francine is going to juxtapose Mae’s Catholicism with an anachronistically-evangelistic Protestantism at some point, and illustrate that the Catholic faith is inherently lacking and deficient.

What Christians Mean When They Say I’m ‘Bitter’

August 10, 2016 Quoting Quiverfull: Homeschooling Only Creates Geniuses?
Recent Comments
6 Comments | Leave a Comment
"In the last 10 years, the quiverfull ideology has gone on a huge journey.First, full ..."
Aloha Interview With Andrew Hall
""Are we missing the word 'the' between 'see' and 'results'?"Doubt it. My money sez, with ..."
Desperate Ambrose Serena’s Serenity: Chapters Five, Six and ..."
"You encouraged each of them so beautifully and evidently also taught them the important lesson ..."
Lori Rowlett Serena’s Serenity: Chapters Five, Six and ..."
"Thanks! Honestly, though, I can't take much credit. I think we set a decent example, ..."
Cynthia Serena’s Serenity: Chapters Five, Six and ..."
Browse Our Archives
get the latest from
No Longer Quivering
Sign up for our newsletter
POPULAR AT PATHEOS Nonreligious
1 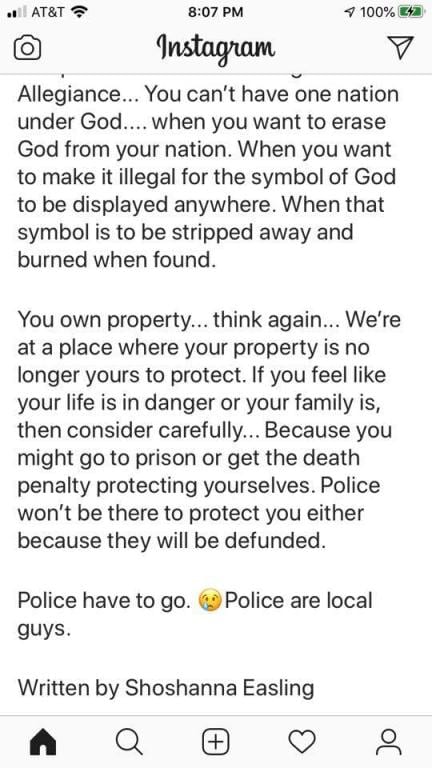 The Republicans Are the Party of Social Control,...
So no, the Republican Party is not the party of freedom. That's a nonsense...
view all Nonreligious blogs
What Are Your Thoughts?leave a comment
Copyright 2008-2020, Patheos. All rights reserved.