Why People Support Abusive Leaders in the Church 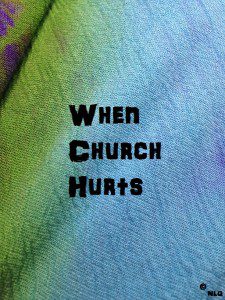 In those crushing months after we left our first abusive church (read Part 2 of my story), one of the things I struggled with was, how could the people who knew that abusive behaviors and situations had happened to me as well as others not step up and speak out?  I didn’t ask myself that question after we were tossed out of our second abusive church.  Maybe I just knew that they wouldn’t.  After all, not only had I been through this before, but I have talked to many others and read widely on spiritual abuse, and I am well aware of the way that people rally around abusive church leaders.

But, the question of “why?” remains.  Why, for example, did the head lay-leader of my church tell me in a Facebook message that he couldn’t intervene because things would “get complicated”?

Why did a woman in my former church respond to a reply I made on her blog that she was “praying for the courage and opportunity to be scandalous” (in speaking out)?

I actually had the opportunity to ask another woman who shared with me that there was a period of time when she was aware of “pure evil” happening in the church.  “Why did you stay?” I queried.

“It didn’t affect me,” she responded without hesitation.

I had another woman text me a few hours after we were told to never return.  “I don’t know what I would do if I were in your shoes,” she wrote.  She didn’t respond to my subsequent texts and the next time I saw her, four months later, she wouldn’t even look at me, let alone speak.  But that’s another post.

And I have to admit, I saw and heard about many abusive situations in both churches over the years.  For example, I know of at least three other people who were approached by the same associate pastor and told what horrible, terrible, no good, very bad people they were.  One was specifically told that she could no longer participate in a ministry in the church that she had developed and led since it’s inception.  She was deeply hurt and left the church, taking her family with her.  To my knowledge, not one person spoke on her behalf or against the judgment and condemnation that she had received and the subsequent wounding that she experienced.

Here are some of the reasons I believe people don’t confront their pastors or leadership regarding situations in which spiritually abusive situations are or have occurred:

1) It didn’t affect me. (And if it ever does, I will regret not saying or doing something or leaving.)

2) The victim must have deserved it. (After all, there are consequences – for the abused but not for the leadership.)

3) This is the pastor we’re talking about.  (Surely he wouldn’t do anything to hurt anyone.)

4) Touch not the Lord’s anointed (so out of context!)

5) Aren’t we supposed to forgive and forget? (But only forgive the pastor.  Forget the abused.)

6) To maintain their own status in the church.  (Because to do otherwise “gets complicated.”  Translate: I don’t want to risk my own position.)

That’s my list so far.  I’m sure it’s not exhaustive so I’m asking for your help.  Tell me, what would you add to this list?

Who Has the Power in Your Former Church?

Nonreligious
Why 'Who is Geoffrey Botkin' is not Going...
No Longer Quivering