NLQ Question of the Week: Why the Childish Language? 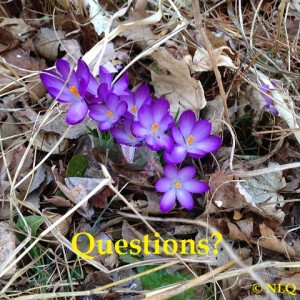 This is a series we run every Thursday. The questions are things that people who may not know much about the Quiverfull movement or even Fundamentalist or Evangelical Christianity ask about the lifestyle. Examining some of the questions involving long held Quiverfull theology and life can only shine a light on the toxic nature of this lifestyle choice.

One thing I’ve noticed while doing my review of Vaughn Ohlman’s book “What are you Doing?” is a curious lack of what I would call ‘real words’. Instead of saying sex or sexual relations you get veiled euphemisms such as ‘doing it’, ‘marital relations’ or ‘sleep with’. Is this is teen novel written back in the 1960s or what is supposed to be a frank discussion of marriage? Sex is part of marriage no matter what juvenile terms you wrap it in. Once in a blue moon Von busts out the word ‘sex’. But the technical words for things are few and rare.

Take for example today’s post by Always Learning author Lori Alexander. Instead of using correct terms for bodily functions like flatulence in her discussion of ‘lady-like’ behavior, she chooses the childish word ‘toot.’ Horns toot, people fart, or pass gas or expel flatulence.

What do you think is up with all the childish language. Why are they using dumbed down childish terms instead of proper names? I can see not using a ruder version of a word if you’re trying not to be crude, but why not use a proper name or term instead? You would think supposedly mature people would use proper words.

Why No Respect For Any Other Faith Tradition?

Nonreligious
Smile or Else?
No Longer Quivering
TRENDING AT PATHEOS Nonreligious