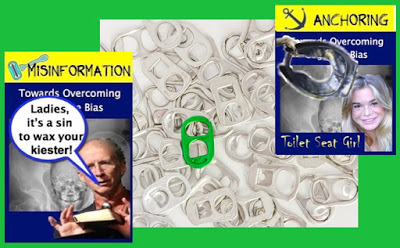 All images by Cindy Kunsman and Under Much Grace used with permission.

In the previous set of posts about the Ladder of Inference, we named Inattentional Blindness as our most recent cognitive bias of interest [a.k.a. CranioRectal Inversion (CRI)]. The Invisible Gorilla demonstrated for us that we don’t take information in objectively, and that focus and other factors in our environment can alter our attention. You would think that someone would notice something as absurd as a gorilla walking through a group of kids passing basketballs back and forth, but 50% of people never see the gorilla because of the divided attention task of counting passes.
CRI #3: Bizarreness Effect
In general, we tend to take more notice to things that stand out from what we know as the norm, and I’ve been using just that to pique interest in this bunch of posts. Aspects of it help us survive, and can harness this very same effect – the Bizarreness Effect – to achieve both helpful and harmful ends. It is an example of how our attention is actually selective, but being aware of that fact can help us make conscious choices which ultimately make life safer for us. I also enjoy the humor value which will should already be apparent.
While we tend to take notice of more unusual examples than we do a baseline norm in a given situation, we can also find that our internal processes of thought tend to recall contrasts or bizarre examples more readily. We can the consciously select those things which we dwell on and how long we spend thinking about them. 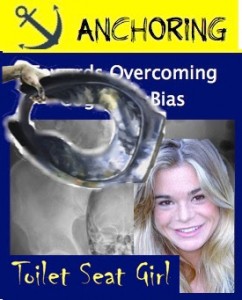 CRI #4: Anchoring Bias
In the general sense in mental health, the term anchoring echoes the function of a ship anchor which grabs the floor of a body of water to fix it’s position. By using humorous examples, I’m hopefully creating anchors for memory and recall.
As a cognitive bias, anchoring refers to the human tendency to more readily recall the very first bit of information that we learn about a subject. The protagonist in the cable series Dead Like Me offers one of my favorite examples of this effect (along with some absurdity that may help to anchor this concept in your memory). Georgia is a young college dropout who dies after being struck by remnant debris from the Mir space station as it broke up after reentering the earth’s atmosphere. Ironically, it’s later determined that the toilet seat claimed her life. She becomes a “grim reaper,” a person who helps others transition into their own afterlife until she meets her undisclosed quota of souls. To her “undead” peers who work with her and even to the living, she becomes known as “toilet seat girl.”
No matter what she does and regardless of the rather impressive personal growth she manifests after she becomes a grim reaper, people still refer to her and recognize her best by the moniker which I’m sure she’d be happy to shed. For us, it demonstrates how we can also get locked into placing too much emphasis on our own anchors which may lock us into static modes of thinking. 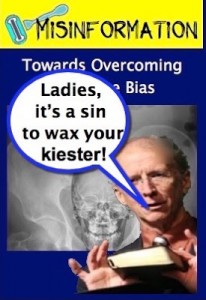 CRI #5: Misinformation Effect
Much like the Anchoring Bias, we tend to remember and recall the first thing that we learn about a matter, and misinformation seems to be one of those things that we have trouble shaking. Though we may learn the correct info later, it seems that we human beings tend to favor the misinformation over the fact. This contributes to how we focus on misinformation that seems inconsistent with what we know about a subject, grounding it in our minds, both as we notice it and as we recall it later. The misinformation creates a bit of emotional drama which we’ve already noted plays a major role in the tagging and laying down of long term memory.

I recently came across a discussion of an old report on a satire website that deliberately distorted a statement that John Piper made about gender reassignment. For anyone who knows much about my history of writing and blogging about spiritual abuse, they’ll likely readily recall my challenges of errors in Piper’s skewed theology. The satirists extrapolated into what they thought Piper might say about women who wax their body hair – and frankly – it wouldn’t shock me one bit if it were true. 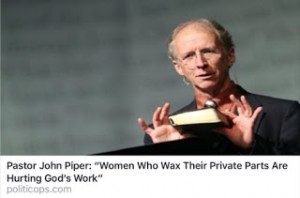 Piper who many consider a “hyper-Calvinist” places what I consider to be an unhealthy degree of emphasis on God’s providence which he interprets as theologic predestination or philosophic determinism. Building upon Piper’s disturbingly disproportional focus on gender, the website claimed falsely that he stated that women who wax “hurt God’s work.”
Snopes reports the spoof website statement as false, but given that so much that comes out of his camp is often shock-jock bombastic, it makes for good humor. I think that with this bit of information, it makes it that much more difficult to dismiss.
Related Biases
In real life, this cognitive bias demonstrates how important it is to maintain peer review as well as checks on our own memory which is not as reliable as we’d like to think. And as we saw in the example of Jack Webb’s Joe Friday, the misinformation effect plays an important role in how witnesses to crimes can alter their memories and how fragile they tend to be.
The Bizarreness, Anchoring and Misinformation Effects also overlap with other types of attention biases and salience biases (what we find to be most distinct about a subject or person). They also share some similarities with the Contrast Effect, too. And thanks to the humor, these examples also involve the Continued Influence bias. I’m not sure, but I think that different authors actually refer to Continued Influence and Misinformation interchangeably.
Significant Research
Related to these issues of misinformation and anchoring as a fixed point of orientation for later recall, if a person first encountered new information or misinformation recently, they are more likely to pull it out of their memory. So the significance does fade with time, but this is very individualized and may never completely dissipate.
Our human trait to use context clues to “fill in the gaps” in memory or even to fill in gaps created by insufficient information. We see this used as a coping mechanism for those who are experiencing cognitive decline to hide and deny the painful experience of the loss of attention ability and memory.
And little measures have been found to effectively correct the misinformation effect. Reminding people that sources of information were unreliable doesn’t make a significant difference, presenting and arguing enticing alternatives doesn’t affect much change in those who embrace ideological types of beliefs (think religion and politics). Direct opposition and argument yields little to no favorable change. And those who tend toward particular outlets of unreliable ideological information will tend to return to those sources, regardless of attempts to persuade them otherwise.
For Further Reading:

Falling Off the Ladder of Inference Part 2

October 14, 2016
Quoting Quiverfull: Part 2 - Do Not Make Spanking a Last Resort?
Next Post 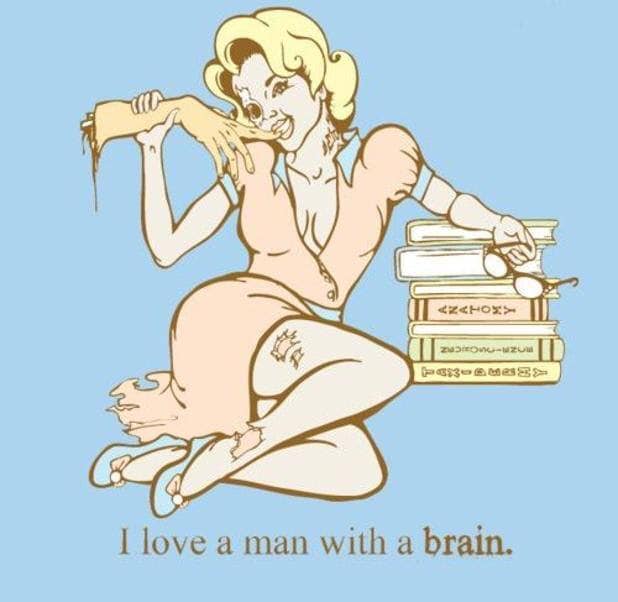