Christian Reform Homes: Not So Christian By Design 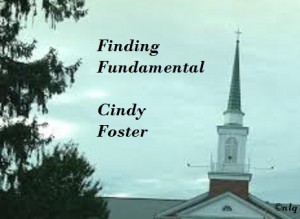 by Cindy Foster from her blog Finding Fundamental

Editor’s note: Reposting this from some years back as it’s a good hard look at why many of the fundamentalist Christian troubled teen homes are so harmful for children. Images in the article are from Finding Fundamental and used with permission.

I am re-posting a revealing article compiled by the late Michelle Ulrikson-Tresler then edited and posted on Jodi Helm – Hobb’s blog,  Girls of Victory Christian Academy News and Updates.


It is incredibly hypocritical that most IFB churches having denounced methodologies originating from and patterned after “worldly” philosophies for use in their ministries has, in fact, done just that in their teen reform homes.


The connections are undeniable…..

Research on Tough Love, Christian “Reform Schools”, The connection between Palmer and Roloff

I was talking with some of the ladies that attended Victory Christian Academy and we all seem to have the same or very similar stories. The question most ask is “how did your parents find out about Victory?” The answer was very similar in each case. Parents knew other parents of Daughters who have attended Victory and Victory “saved their lives” or their parents were part of a ToughLove group. This prompted me to do a little research on the ToughLove group and I found this article and it shows basically the timeline and programs associated.

The Cult That Spawned the Tough-Love Teen Industry Mother Jones: “The idea that punishment can be therapeutic is not unique to the Rotenberg Center. In fact, this notion is widespread among the hundreds of ’emotional growth boarding schools,’ wilderness camps, and ‘tough love’ antidrug programs that make up the billion-dollar teen residential treatment industry.
This harsh approach to helping troubled teens has a long and disturbing history. No fewer than 50 programs (though not the Rotenberg Center) can trace their treatment philosophy, directly or indirectly, to an antidrug cult called Synanon. Founded in 1958, Synanon sold itself as a cure for hardcore heroin addicts who could help each other by ‘breaking’ new initiates with isolation, humiliation, hard labor, and sleep deprivation.”

Here is the Picture of affiliated programs. Please read the full article it is very telling.

Did a little more digging and found information on The Children of Synanon.

(Video is now private and cannot be linked to or viewed)

on the comments under the video it talks of research done on Jownstown and running into Synanon News articles.

To me it is interesting how the article shows the connection between Synanon and the “Teen Treatment Centers”. I am putting this in my blog to show the connection and try to understand what my parents were thinking during the time they made the decision to place me at Victory Christian Academy. These tactics of breaking down the individual in order to build them up. Also, the repetitive nature of having Bible study, Church, and Bible readings at least 3 times a day sometimes more. Is this Brainwashing? Is this as they say “The right kind of brainwashing?” I remember when I left Victory I was told that the School went so far to the right so that if you “fell” you would land somewhere in the middle. For me and for many others it has been a constant struggle to just to live life. To try and understand what was done. I ask myself questions like “were they right, is there something wrong with me?” and “How come I cant get close to anyone or trust anyone?” I am trying to understand and sort out what I believe verses what Victory has taught or drilled into my head.

Now I concentrate my attention to Michael Palmer, He was always talking about and quoting Lester Roloff. I wondered if there was some sort of connection there. I have done a little research on the schools that were closed down but I wanted to know specifically if Palmer had a connection to the Roloff homes. I found my answer. Here are a few articles that really showed the connection.

I wanted to also find out what the connection was of Michael Palmer and Lester Roloff. I found an interesting article that shows a clear connection.

Scientology™ vs. good ole Southern Baptism: eat crow Judge Babb  “Well Justice Babb, ABC TV Wear News in Pensacola, Florida has just published a three part series on alleged child abuse in two Southern Baptist boarding schools right down there in Florida. Before linking to the series it might be useful to get some background material on where these schools came from, who accredits them, and Wiley Cameron and Michael Palmer–the Baptist preachers behind them.

The Roloff Schools, Wiley Cameron and TACCA. The Roloff Schools are a string of Christian boarding schools for wayward teens founded by Lester Roloff, a fundamentalist Baptist preacher. In the 1970s Texas health authorities investigated the schools for allegations of whipping, handcuffing and using other abusive tactics on teenagers. The schools protested state scrutiny and the case ended up in the US Supreme Court which ruled that Roloff would have to abide by state licensing laws. So in 1985 two Roloff schools, the Rebekah Home for Girls and Anchor Home for Girls, moved to Missouri. Another school, Mountain Park Baptist Boarding Academy, moved to Missouri from Mississippi in 1987 after a judge ordered teens to be removed. The founder of Mountain Park had been trained by Roloff. Roloff died in a plane crash in 1982 and was replaced by a man named Wiley Cameron.

When George Bush became governor of Texas he decided that men of God needed no state regulatory license to run social programs and so he introduced his faith-based initiative. Roloff’s Wiley Cameron was invited over to Texas to meet with Bush’s faith-based committee and ultimately Bush invited Cameron back to Texas. The Texas Organization of Christian Child Caring Agencies or TACCCA accredited Roloff Schools and Wiley Cameron was on the board of directors of TACCCA. Rebekah had moved from Texas to Missouri, and was now back in Texas.

Soon Cameron’s schools were back in trouble in Texas for allegations of child abuse. Wiley was put in jail for refusing to turn over records to investigators and his wife Faye Cameron was barred for life from working with kids in Texas. In 2001, with George Bush gone, Texas had had enough of his faith-based stupidity and changed the law back to require faith-based organizations to be licensed by the state just like anybody else. This time Wiley Cameron took his kids to Florida. (Early in 2004 Mountain Park Baptist Boarding Academy closed in Missouri after a federal jury awarded a former student $20,000 for abuse. (See Mountain Park. Also see The Texas Faith-Based Initiative at Five Years.)
George Bush did not invent state faith-based deregulation. But George Bush did not invent the idea of faith-based state deregulation. Six years before introducing the concept to Texas, health officials in the state of Oklahoma had refused to license the Scientology™-affiliated Narconon™ drug rehabilitation program in that state. And then surprisingly the state legislature introduced legislation that exempted health care facilities from state licensing provided they got accreditation elsewhere. So Narconon™ went to CARF–the Commission for Accreditation of Rehabilitation Facilities–in Tucson, Arizona. A report in the Newkirk Herald Journal of 16 July 1992 reported that Narconon™ had “hired” the first two C.A.R.F. inspectors sent to evaluate their operation. (Kids Helping Kids of Cincinnati and Growing Together in Lakeworth, Florida are two second-generation Straights, both of which are CARF accredited. Also see rumors of Narconon infiltration of CARF, 20 September 1992 and Critical Evaluations of Narconon.)

FACCCA and Michael Palmer. In 1984, the state of Florida passed a faith-based law called Florida Statute 409.176 that exempts church-run social programs from state regulations. Today many church boarding schools in Florida are accredited by FACCCA–the Florida Association of Christian Child Caring Agencies. A man named Michael Palmer is VP of FACCCA. Palmer opened Victory Christian Academy in Jay, Florida after he was closed down in California and Mexico for alleged abuse and licensing issues at youth homes he ran in those places.

I also found an Article Edited by Michele Tresler-Ulriksen.

How Faith Based Initiatives help unlicensed reform schools thrive “When George W. Bush became president, he created the White House Office of Faith-Based Initiatives (www.whitehouse.gov/government/fbci/mission.html). Mr. Bush created Centers for Faith-Based Initiatives in seven cabinet departments: the United States Agency for International Development, and the Departments of Housing and Urban Development, Health and Human Services, Justice, Agriculture, Labor, and Education. The purpose of the Centers was to eliminate regulatory and contracting obstacles for faith-based and other community organizations. This act has made it possible for religious boarding schools to avoid becoming licensed and regulated leaving those inside no protection.

It began when Mr. Bush was Governor of Texas. Texas’ legislature passed the Faith Based program there in 1997 allowing deregulation for faith based boarding schools. The legislature then passed a bill allowing the creation of alternative accreditation programs in which faith-based child-care centers could forego state licensing and instead receive accreditation from one of these newly created private agencies. Deregulation was an essential component of the faith-based initiative because it ensured that more faith-based providers would be eligible for government funds (see Texas Freedom Education Fund atwww.tfn.org/aboutus). This plan created new licensing laws for religious facilities; self-regulation that substantially reduced health and safety requirements and oversight.”

Read the full article. It will give you more details on the FACCCA. 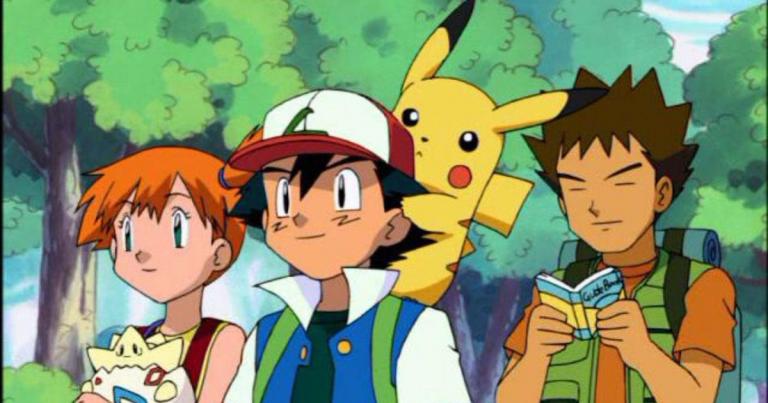 Nonreligious
Demonic Video Games Are the Problem, Not COVID...
No Longer Quivering
TRENDING AT PATHEOS Nonreligious