A Call For “The Church” To Repent 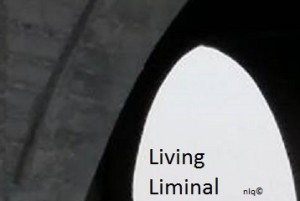 Around this time last year, a policeman came knocking on my door, summoning me to a court conference two days hence. My eldest son, who was home at the time, thought it was a some sort of joke at first. But it was anything but funny! The couple who had been part of the leadership crisis at my ex-church three years previously, were now alleging that I was a violent threat to the personal safety of both themselves and their children.

Once again I offered to meet with them, suggesting we use an unbiased, professional conflict resolution service. But apparently that was not acceptable to them. And so, I was forced to defend myself against a legal action brought by fellow christians.

I’m not ashamed to admit that I fell apart. To a law-abiding, unassuming person like me (who has never had so much as a speeding ticket in my life) this had me running scared. Here I was being accused in a legal document of such threatening and intimidating behaviour that these people were allegedly so fearful for their safety, I had to be stopped – by law – from ever being anywhere near them.

As far as I was concerned, the only complaint they made against me that I even recognised was that of writing a blog in which I shared my story of abuse in the church. None of the other allegations even made sense to me, so I was fearful how I could defend against things I had not done.

After three years of being pointedly shunned by this couple who had once been close friends (or so I thought) it was too much for me to cope with and I ended up a nervous wreck, unable to even leave the house without my husband’s company. You might imagine how strained life was in our household. We even had to cancel Christmas celebrations because the stress of it was simply too much for me to cope with.

During this time, I reached out to one christian leader who knew us all. He told me he loved me just as much as he loved the litigants. When I said my family and I were being put through hell, he shrugged and told me to “let the courts sort it out.” His professed love proved utterly meaningless as he turned his back on our suffering.

Another leader totally ignored my question about the credibility issue at play and instead told me what a good thing it was that I had family and friends around me. But a cup of coffee with a friend was not going to pay my legal bills.

Another – I was told – was shocked by the news of what was happening. But I never heard from him and his ‘shock’ didn’t comfort my children as they witnessed their mother have a complete breakdown.

Another offered to pray for me, while remaining ‘neutral’ in the conflict. But neutrality wasn’t going to persuade a reluctant eyewitness to attest to my innocence.

Each one of these christian leaders saw my pain and distress and yet they gathered their robes around them and walked past on the other side of the road.

People who are happy to hold positions of power and authority in the christian community refused to leverage it to step in and provide any type of help or intervention. They didn’t want to get involved.

I wish I could say this was unusual behaviour or an isolated incident. But the truth is, it’s not. Talk to anyone who has ever “rocked the boat” or been labelled as a “trouble-maker”, and you will hear stories of people being attacked, rejected, and abandoned by “the church”.

Thankfully, I did find help and healing (mostly from non-believers!). In fact, I’ve never been better. So why am I sharing my story? In the faint hope that it might open the eyes of those who are turning a blind eye and pretending not to see the bleeding bodies on the side of the road. Because I am constantly hearing the stories of other brothers and sisters who have been harmed by the church. Not just a little bit hurt or upset. Devastated. Shattered. Traumatised.

And people – often good christian people – don’t want to know about it. “Oh, everyone’s been hurt by the church at some time,” they say dismissively. “Nobody’s perfect.” “I don’t want to take sides.” “Just forgive and move on.” “We’re all sinners, you know.” “There’s always two sides to every story.” “You shouldn’t talk about it.”

But I cannot stand by and say nothing. I will not pretend that these things aren’t happening. We must talk about these realities. We desperately need to change.

I’m asking the church to acknowledge the serious damage it is doing; to see how un-Christlike this behaviour is; to understand how abhorrent this attitude can be; to listen to your own brothers and sisters and actually feel our pain. And when I say I’m asking the church, I’m not talking about some impersonal institution. I mean you. And I mean me.

And I’m calling for repentance! Not just a quick and meaningless, “I’m sorry.” I’m talking about a complete change of the way we do business; the way we treat each other; the way we think and behave. Because unless we do that, we are effectively choosing to harm our brothers and sisters without conscience. Ignoring the reality and looking away is a choice. But as William Wilberforce said when exposing the evils and injustices of slavery, “You may choose to look the other way but you can never say again that you did not know.”

Nonreligious
The Deception of the Spotlight Effect
No Longer Quivering