Case Solved or Not Solved: Is Justice Delayed Justice At All For Carol Ann Cole

Case Solved or Not Solved: Is Justice Delayed Justice At All For Carol Ann Cole November 8, 2016 Suzanne Titkemeyer 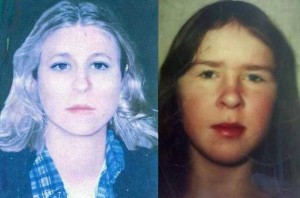 Last week we looked at the clothing found either on or near murder victim Carol Ann Cole and any indications it might have been linked to nearby New Bethany Home for Girls. We were going to examine additional evidence this week but we have to switch direction for this week.

Late last week a human skull was discovered in Bossier Parish, Louisiana, not too far from where Carol Ann Cole’s body was found. The two locations are about six miles apart. See map below: 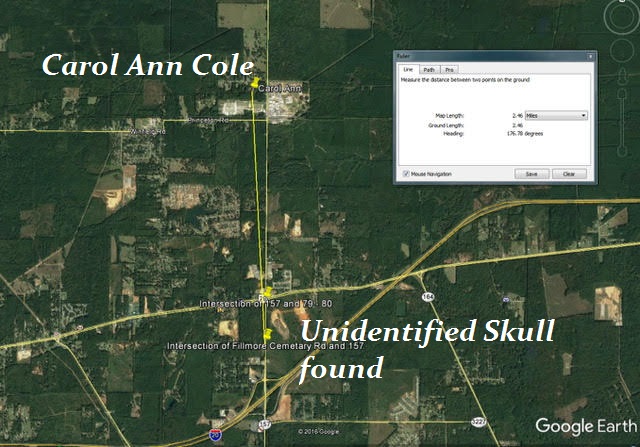 Law enforcement has said that this skull is likely from some time ago because the dental work is not modern. Who the skull belongs to is unknown at this time, but there are several open cases in that part of the world of individuals who disappeared in the area.

There’s nothing to indicate that this has anything to do with the murder of Carol Ann or New Bethany beyond the fact that the skull was discovered near the location of her body, and a mere 30 miles roughly from New Bethany.

But here is where it gets curious. When asked by the news media if there is any possible link with the Carol Ann Cole case Bossier Parish Sheriff’s Dept. spokesman Lt. Bill Davis said:

“Let’s face it, the Bossier Doe Case was solved in a, it was remarkable,” said Davis.

Law enforcement has said publicly that they are looking at John Chesson, currently incarcerated on a different murder, as a ‘person of interest’ in the Carol Ann Cole case. Chesson is the father who was in the woods with his children, John Jr. and Frances, when Carol Ann was found. But in the last year that Chesson has been a person of interest he’s neither been charged, brought before a grand jury to examine if there is enough probable cause to charge him, nor has he been cleared. Curious.

What evidence the sheriff’s department has on Chesson beyond him being the adult that called to report the body is unknown. His daughter, Frances Chesson Aucoin, who was only six years old at the time has made claim that Carol Ann stayed with her family as a babysitter before disappearing. She also said a number of other things that cannot be verified as true or being anything more than the possibly flawed memory of a child. Ms. Aucoin has given a lengthy interview to Crimewatch Daily and other media outlets.

Is it possible that her memories are the key to solving this case? Perhaps, but memory is a funny thing. It is quite subjective, particularly when looking back that many years to early childhood. There is a reason that prosecuting attorneys try to avoid calling children to the witness stand much before the teen years. There are issues of how much difference the child recognizes between fantasy and reality, how much their memory may have been affected by what’s been told them by the adults around them and other factors that don’t render them the most believable of witnesses. See our recent article on the routine competency hearing going on right now for the nine year old witness/victim in the Timothy Ciboro child rape trial.

This would not be the first time that law enforcement went in an unlikely direction to solve the case. Back in the 1980s famed alleged serial killer Henry Lee Lucas confessed to law enforcement that he was the murderer of Bossier Doe along with a string of other homicides. It was later determined that it was a false confession as Henry Lee Lucas had been living in Florida during the time of Carol Ann’s tragic murder.

Henry Lee Lucas confessed to hundreds of unsolved murders, but it appears his body count was only three, his mother and two young women. He is definitively ruled out as Carol Ann’s murderer.

Next week we’ll post whatever additional information that comes to light about this recent find and continue looking at the evidence into the possibility that someone at New Bethany was involved.

An interesting footnote to this week’s discovery is that it came out that a documentary film team from Los Angeles is in Bossier Parish right now filming. Their topic is the unsolved murders and disappearances in the area. Wonder if they have considered the possible links to New Bethany?

November 9, 2016 Quoting Quiverfull: Admitting Your Advice Leads Nowhere?
Recent Comments
1 Comment | Leave a Comment
Browse Our Archives
get the latest from
No Longer Quivering
Sign up for our newsletter
POPULAR AT PATHEOS Nonreligious
1 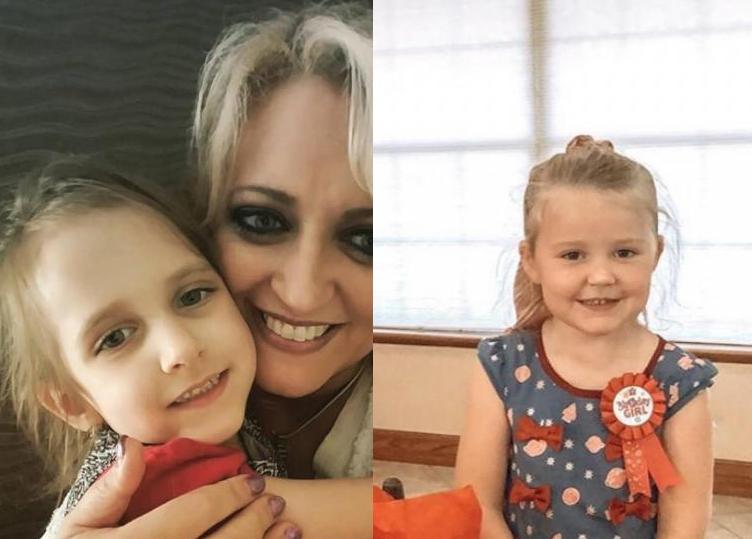